The World Trade Organization (WTO) used to be the go-to place for settling trade disputes. When the U.S. believed that China was unfairly subsiding its corn, wheat and rice farmers, it took it to the WTO. Although our trade representatives had difficulty gathering the facts because China’s subsidies were flowing from all levels of government, the U.S. wound up having enough to initiate the claim…and win.

But there was a slight glitch. Enforcement could be tough and, if China appeals, the WTO doesn’t have enough judges to hear the case. So yes, world cooperation is not necessarily easy.

But still, tariffs are a bad alternative to a less-than-ideal organization.

1. Since the 19th century, the law of comparative advantage has explained how everyone can benefit from trade.

During 1815, the tariffs passed by the British parliament minimized the amount of cheap wheat that entered the country. Called the Corn Laws, they protected farmers but harmed consumers and industrialists. David Ricardo responded with his law of comparative advantage. He explained that each nation needs to produce the goods and services for which they sacrifice the least. Growing wheat and other grains in England required too much land, labor and capital. Instead they should import the grain and use their resources for things they were more suited to producing.

When a tariff is levied on imports, prices go up. Consequently the consumers that buy the taxed items pay the higher prices. Currently, the NY Fed has estimated that tariffs have annually cost consumers $831.00. Approximately $211 is directly from taxes and the other $620 is from the higher prices that domestic businesses are charging because they no longer have low price competition. 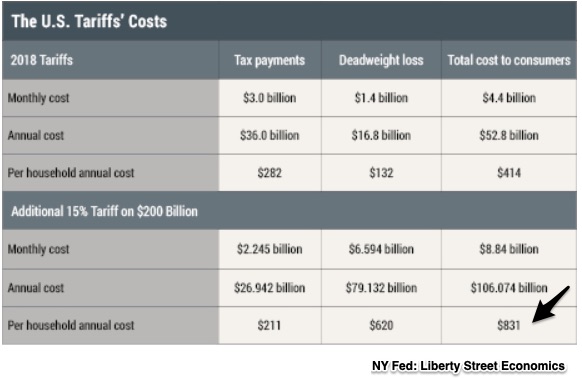 Our perfect example is the washing machine: 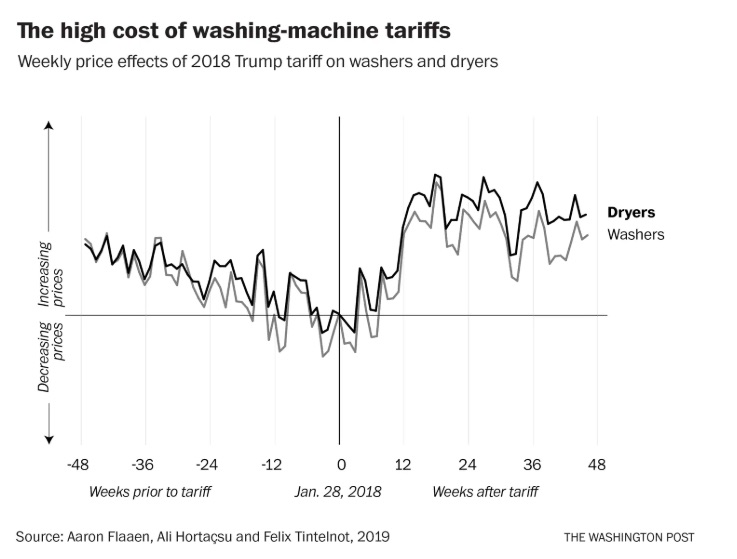 From a Peterson Institue paper:

“Our arithmetic is stark. Steel tariffs will boost firm pre-tax earnings by $2.4 billion and create about 8,700 jobs—over $270,000 of pre-tax profits for each job. Steel users will pay an additional $5.6 billion for more expensive domestic steel, thanks to protection. In other words, steel users will pay about $650,000 for each job created in the steel industry.”

4. Tariffs have lowered the quantity of U.S. crops  that China demands.

As exporters, farmers who sell soybeans and other crops have faced retaliatory tariffs that lower their sales in China. In addition, farmers from other nations can sell their untaxed produce at a lower price. Now, with the announcement of new 10% U.S. tariffs  on $300 billion of Chinese goods, China has said that Chinese companies have stopped buying U.S. crops: 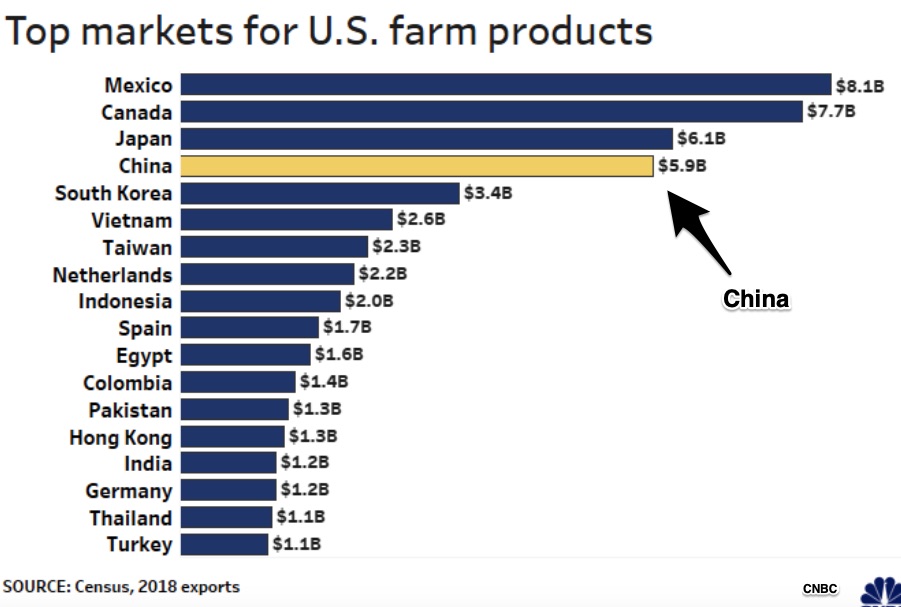 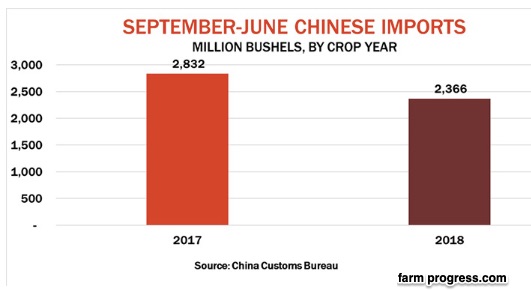 5. Tariffs can be invisible.

When tariffs raise the prices of intermediate goods like circuitboards on our computers, most of us do not know that the tariff boosted the price. An economist might say it all relates to  “tax salience theory.” We get angrier over high gas prices than circuit board tariffs. The reason? While we see the tax at the gas pump, we don’t know why our computers or iPhones cost more.

You can see for example that a tariff on plastics and rubber would not be “salient”: 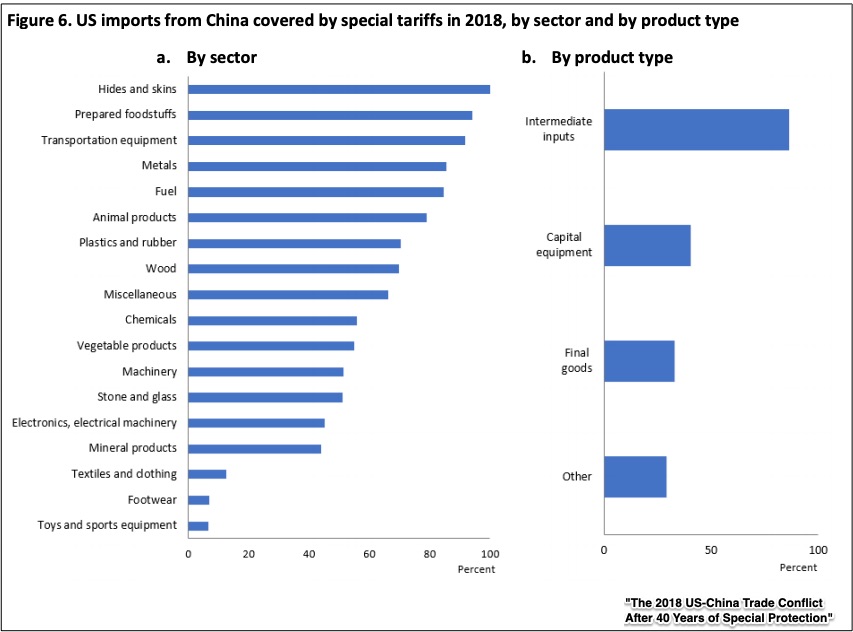 6. The WTO has been insufficiently successful when dealing with China.

According to a Peterson Institute paper, historically, China has functioned in “gray areas” of the WTO because the state dominates its markets. The result was an ineffectual WTO when dealing with Chinese subsidies that were tough to isolate because of government run entities and China’s “piracy, industrial espionage, and state-sponsored cyber-hacking.”

Our Bottom Line: The Tradeoffs from Trade

For 70 years, the WTO and its predecessors have sought to create a “rule-based” system that encouraged world trade. After China entered the WTO in 2001, its trade with the U.S. accelerated. 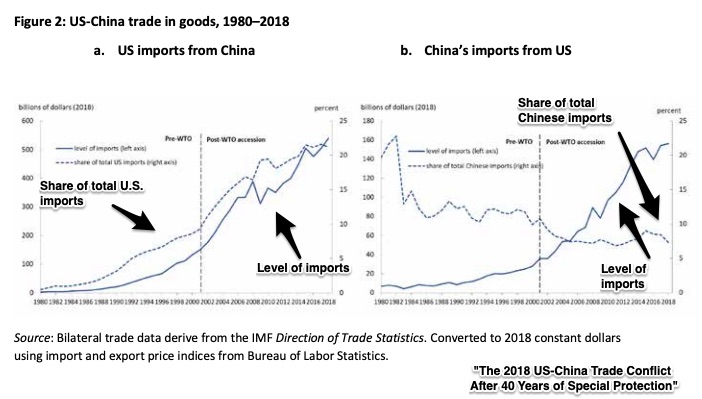 However, the rules have been tough to enforce. This map from the WTO displays the disputes that currently involve China: 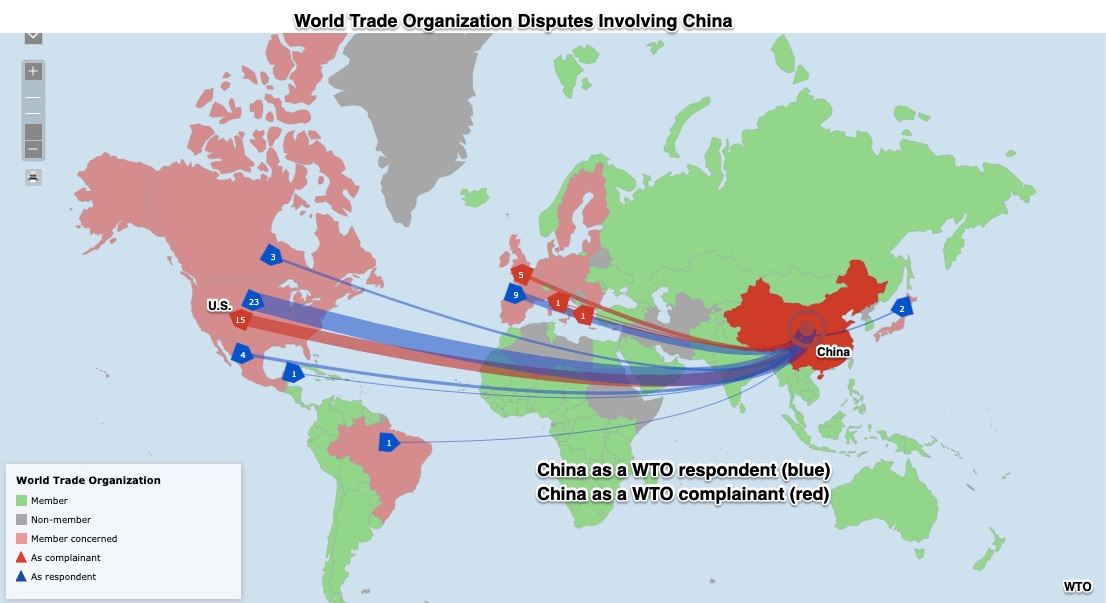 My sources and more:  As my go-to-place for trade information, the Peterson Institute has a new paper with some ideal background and an excellent podcast on the WTO farm subsidies dispute. Then, for more, you might enjoy this Bloomberg Opinion column on tax salience, this NY Fed discussion of consumers and tariffs, and this Peterson Institute paper on steel tariff impact.