McDonald’s claims that its new paper straws should have at least a 30-minute life in a liquid.

But it has not quite worked out that way.

The U.K. and Ireland

When McDonald’s replaced its single use plastic straws with paper in the U.K. and Ireland, all did not go well. The paper straws got mushy in soda and dissolved in milkshakes. While one customer said it’s like “drinking a milkshake through an empty toilet paper tube,” another reported that the straw tasted like cardboard. Making it even worse, the straws’ thick construction prevented recycling so they had to be thrown out. Distraught, 50,000 people have sent McDonald’s a return-to-plastic petition.

McDonald’s has responded to protests like these (below) by saying they are still figuring out a solution: 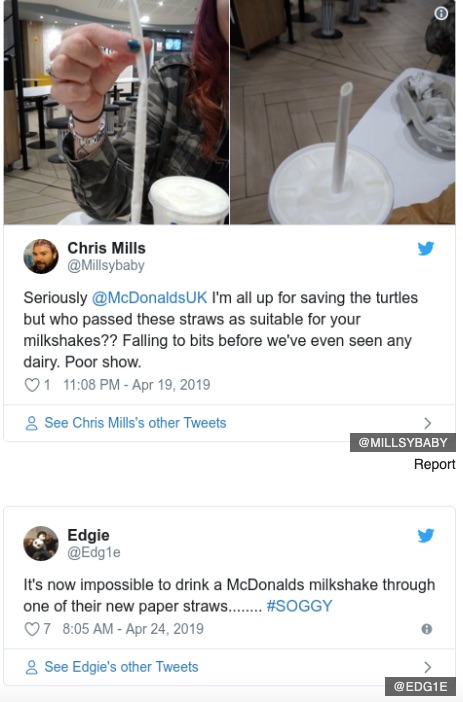 Meanwhile, cities around the U.S. have begun to prohibit plastic straws and utensils or at least require that we request them. On July 1, 2018, Seattle was the first large city to implement a ban. As for the states, although none have an outright ban, California has a plastic-straws-on request rule with exemptions that include delis and fast food.

At the same time, Starbucks has said it will eliminate plastic straws by the end of this year. For Disney, a similar plan will mean 175 million fewer straws and 13 million fewer stirrers annually. Realizing that people with disabilities require bendy plastic straws, Disney and others have said they are figuring out a solution.

Economist Thorstein Veblen told us that the affluent like to display their wealth and power through the pricey and useless items that they buy. More recently, others have suggested that many of us might engage in conspicuous conservation to show the world that we are “green.”

For straws, these are the possibilities:

We can buy a carrying case that comes with its own metal straws (either bendy or straight) and a cleaning brush. 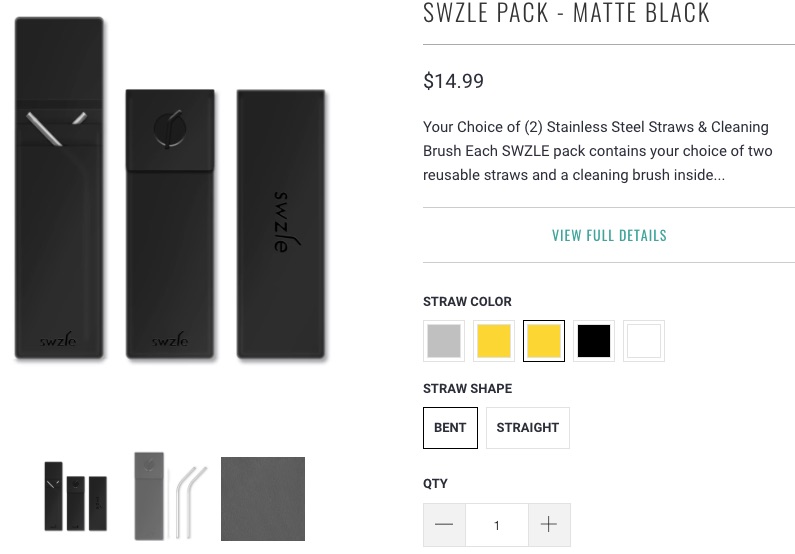 Or, we could go everywhere our own box of straws made from rye (and share them with our friends): 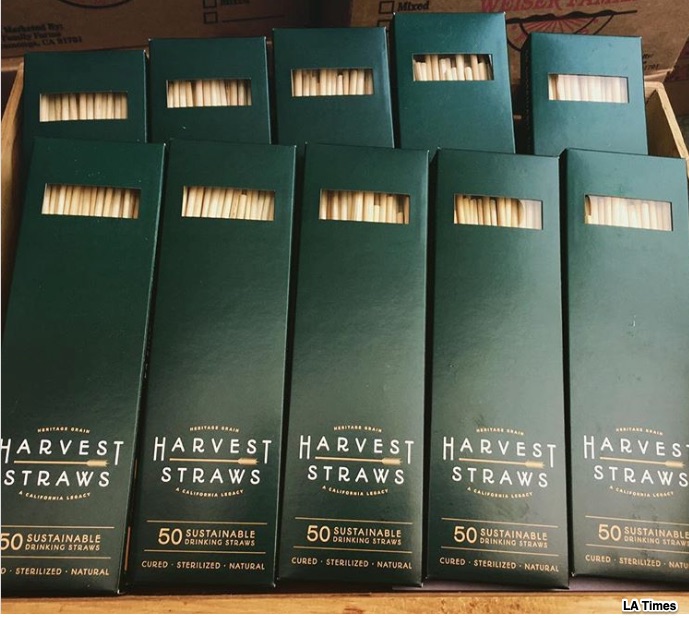 Lastly, doesn’t this Final Straw look wonderful? The video is fun to watch:

My sources and more: For its plastic straw ban details, eater.com is a good starting place. Then, the BBC described McDonald’s problems, National Geographic boringly but knowledgeably conveyed some straw history, and the Los Angeles Magazine explained the Disney response.