Six Facts: The Impact of Capitalism

During yesterday’s CNBC interview, 88 year-old stock market guru Warren Buffett expressed his support for capitalism. Saying we need government to take care of people left behind by the market, he emphasized that a market system with less government is an extraordinarily effective way of allocating resources and encouraging ingenuity.

So today, let’s look at six economic facts that relate to capitalism.

We can start with the equivalent of a less government/more government scale. And yes, I am implying that less government is synonymous with free market capitalism. To see less and more government, I’ve used the ranking from the Index of Economic Freedom for Australia, France, Sweden, and the U.S. (Other countries were a possibility.) As you can see, Australia (#5) is “free” while France (#71) is “moderately free.” Meanwhile in between we have the U.S. (#12) and Sweden (#19): 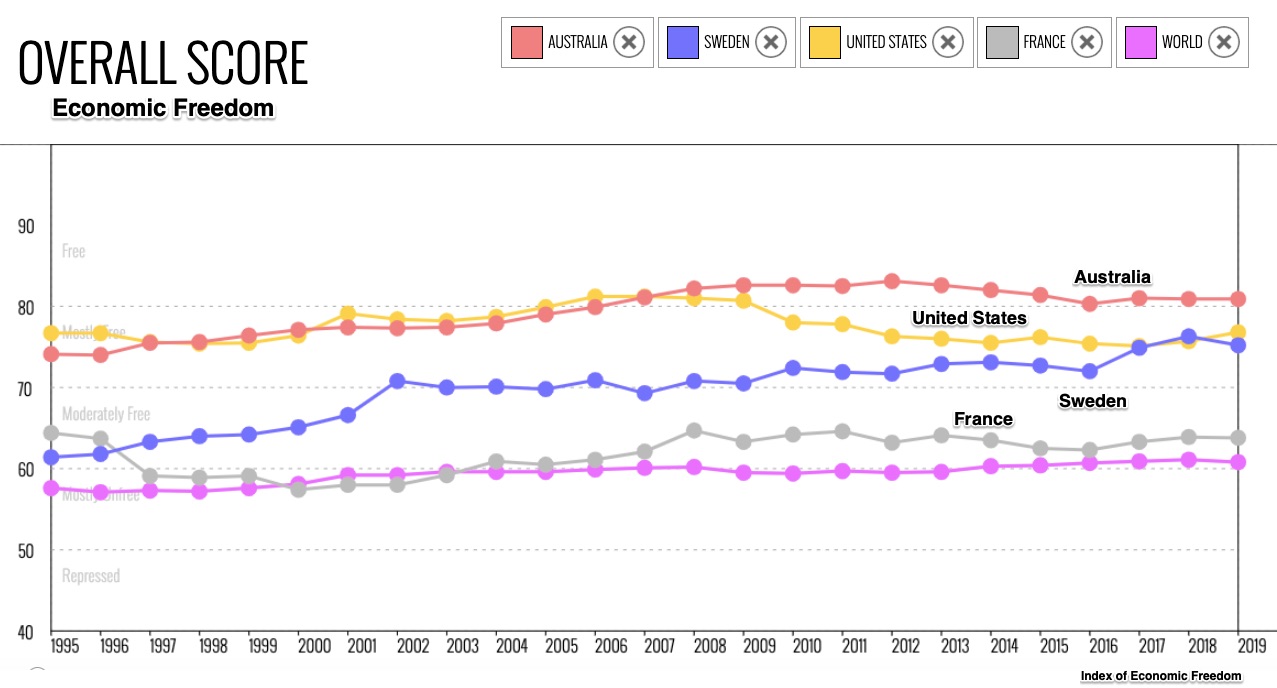 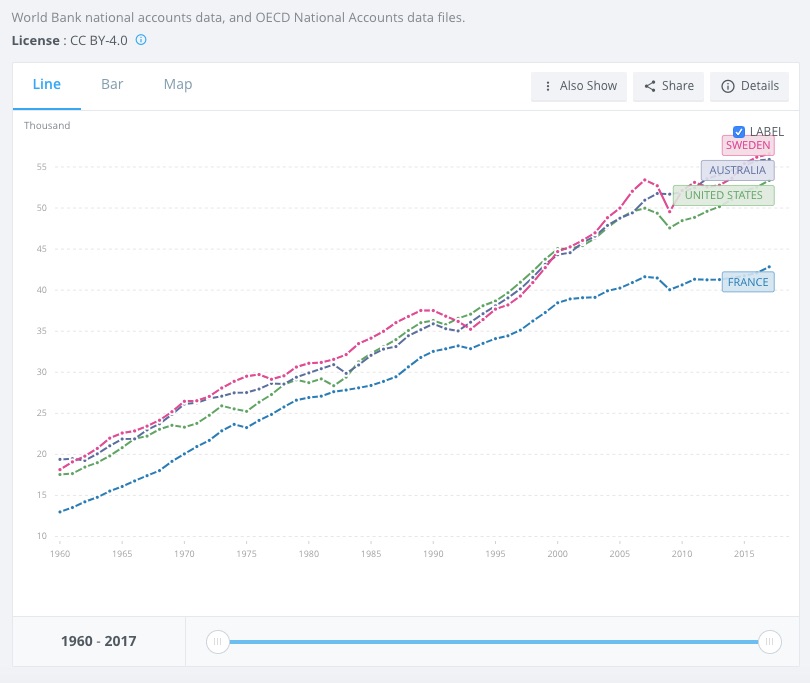 Echoing what Warren Buffett said about ingenuity, the Global Innovation Index’s top 20 primarily includes countries classified as Free and Mostly Free from the Index of Economic Freedom. The exceptions are France (#16) and China (#17): 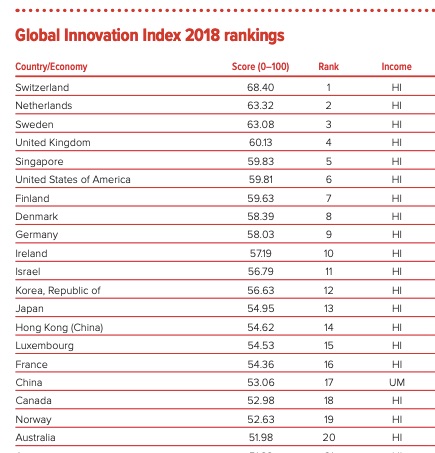 A Gini index is one handy way to show whether household income is equally distributed in a country. Ranging from 0 to 1, the lower your Gini Index number the more equal your nation’s income. 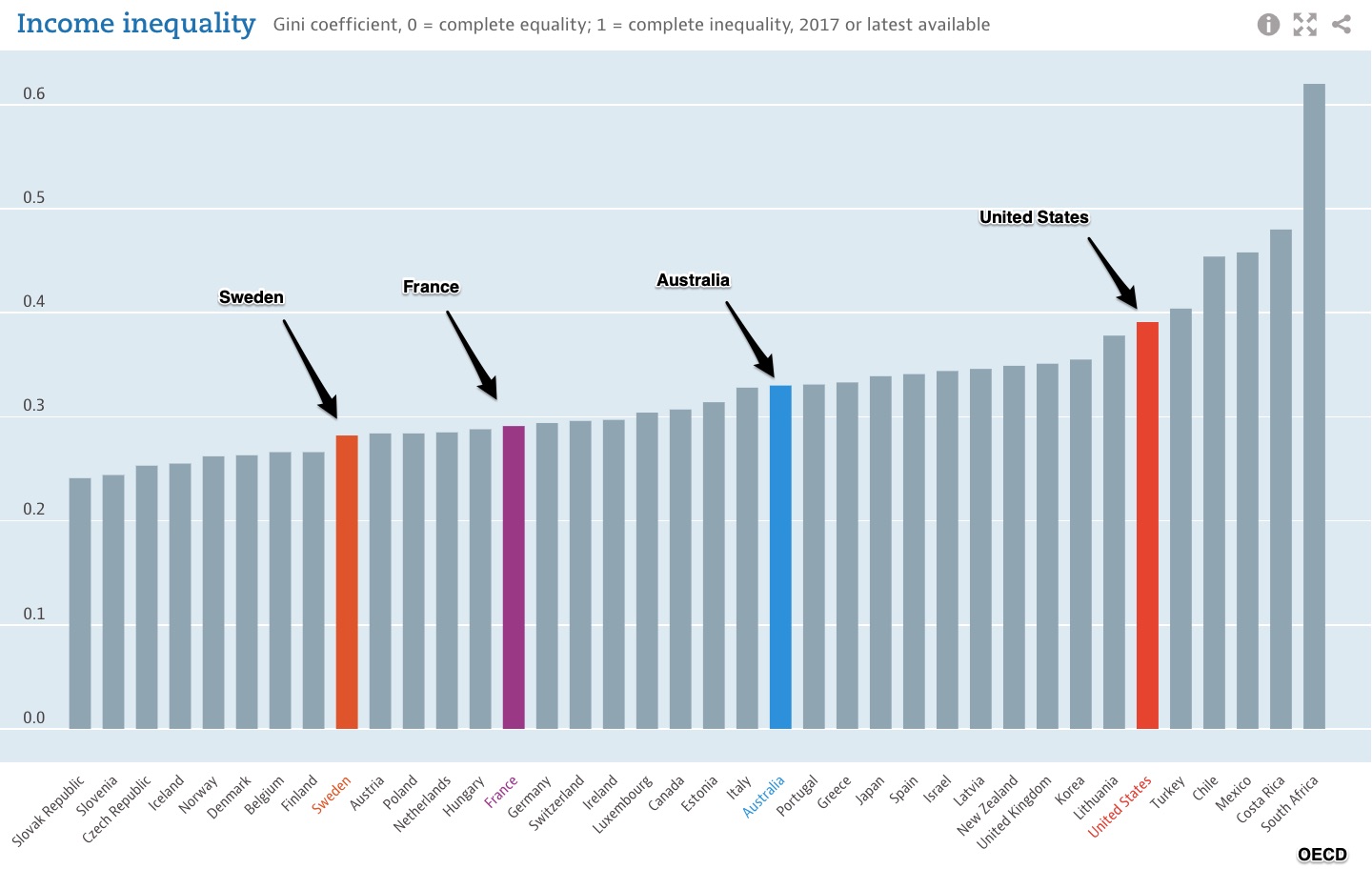 The Ease of Doing Business Index is just what its name says. Using variables that range from starting a business to getting electricity, this indicator quantifies the hassles, the time, the aggravation business people experience.

The unemployment rate indicates the proportion of the labor force that is jobless. Close to 4%, it is very low in the U.S. Meanwhile the French unemployment rate, between 8% and 9%, has been relatively high. Touching 7.1% recently, Sweden too has more unemployment. The Australian rate is closer to 5%: 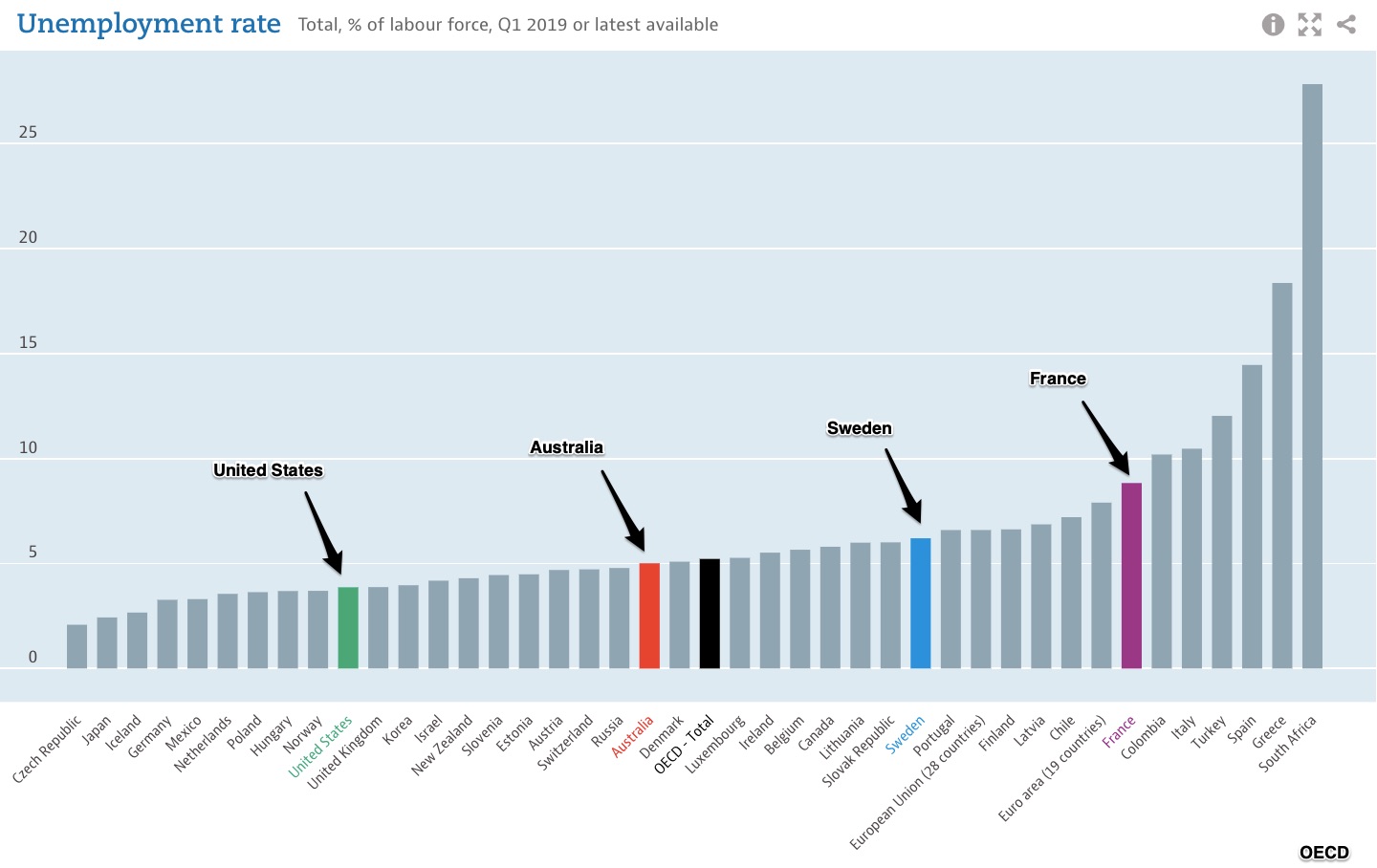 So where are we? I like this Winston Churchill quote. We can just substitute economy for Government and capitalism for democracy:

My sources and more: You might want to visit the Index of Economic Freedom to take a peek at 186 other countries. You also could go the World Bank’s GDP statistics or the Global Innovation Index. From there the OECD is ideal for a slew of stats as is the World Bank’s Ease of Doing Business Index. And finally, if you want to see the entire Warren Buffett, Charlie Munger, and Bill Gates interview, it was on CNBC.

The Most Unexpected Market