During October, the Global Markets Institute at Goldman Sachs published, “Closing the gender gaps: Advancing women in corporate America.” In 41 pages, the paper considered a pay and leadership gap.

The authors point out that women still are paid an average of 20% less than men. However, the “why” is elusive because measurable factors do not entirely explain the difference. Similarly, in the S&P 1500, women represent 40% of all employees but occupy just 6% of the top leadership positions. Again, they try to uncover a precise reason.

More women work. Three-quarters of all prime age women (25-54) are in the workforce: 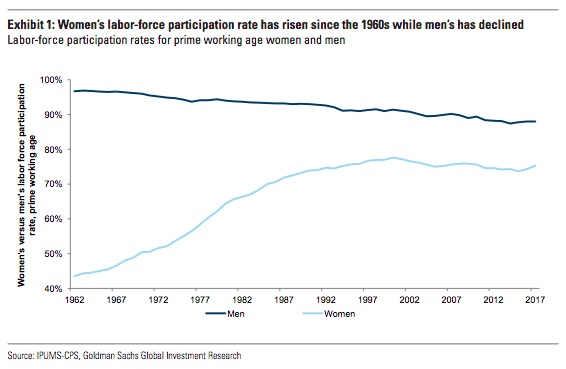 Women are better educated than men.  Looking at associate’s, bachelor’s, and advanced degrees, women received more than half. For advanced degrees especially, the female majority is up: 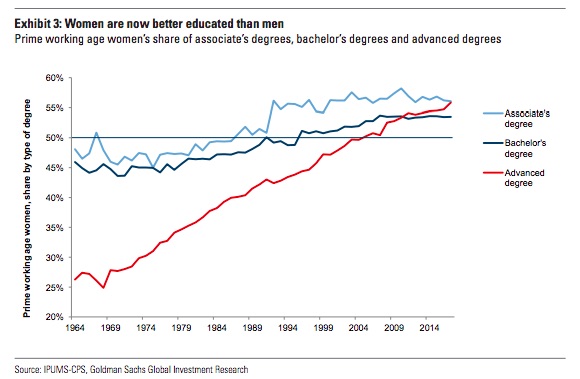 However, women are receiving their education is less lucrative areas: 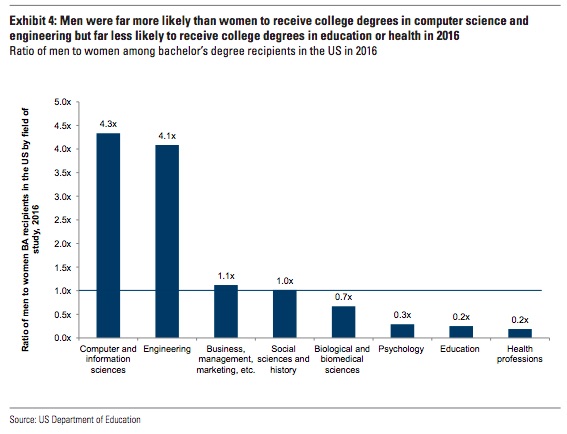 They say it all begins with hiring. With women occupying 40% of all positions, more men than women get the jobs. Then, adding to the problem, those women could be “occupationally sorted.”

After that, women face downshifting and attrition problems. Voluntarily and involuntarily, women are given family-friendly positions. Because their travel and work time go down while their flexibility increases, they get fewer high-profile, demanding assignments that place them in a leadership trajectory. In addition, the women who leave for several years return to a “mommy track” with a built-in wage and seniority gap. A woman who leaves for five years sacrifices one-fifth of her lifetime income.

However, we should note that women are less likely to leave the labor force than in past decades: 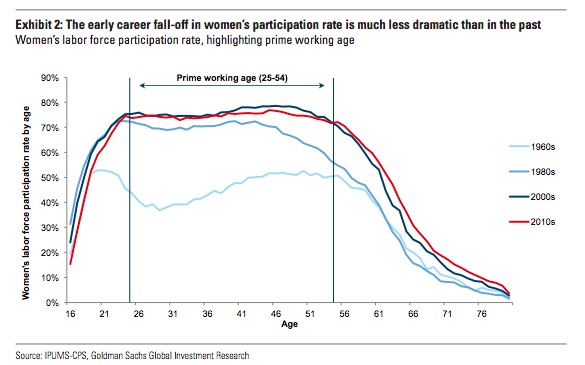 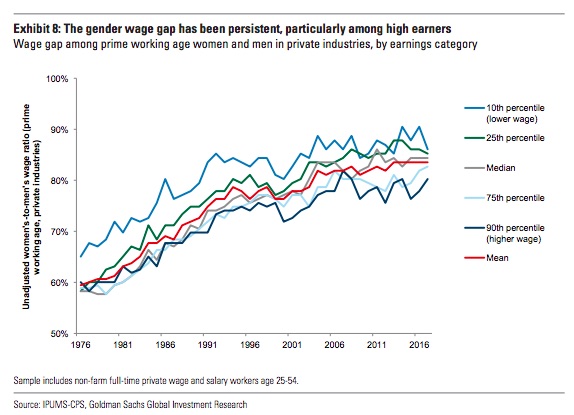 With a dad wage premium and a mom penalty: 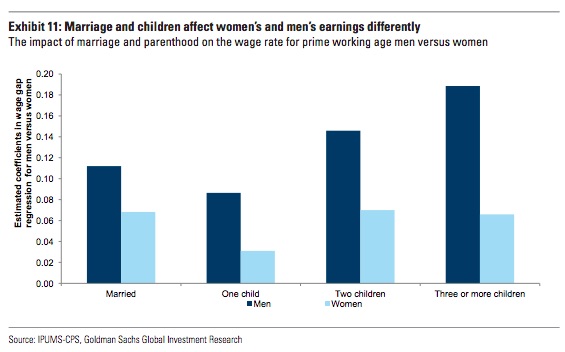 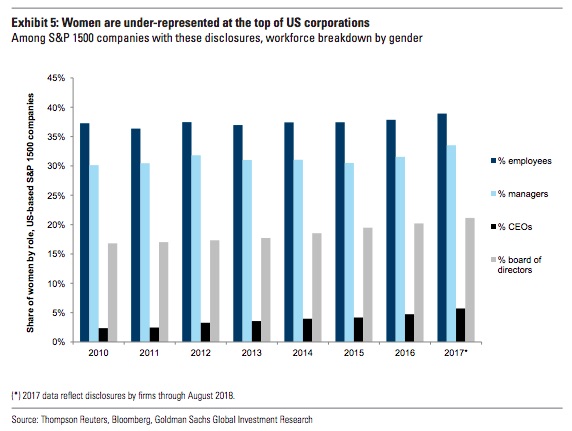 While female leadership varies by industry, still you see that the CEO bar is virtually invisible for all: 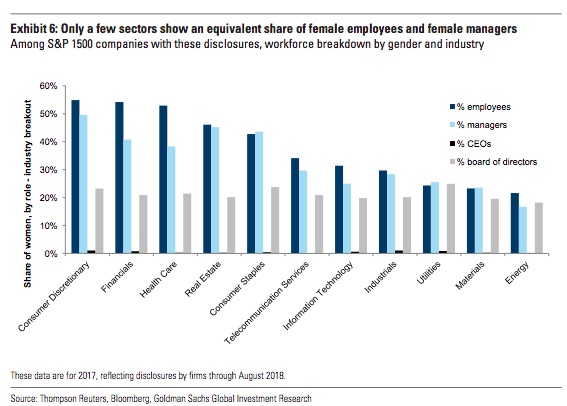 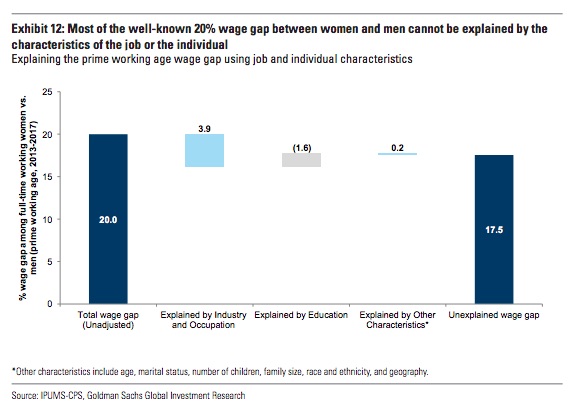 But they do suggest that firms focus on solution categories that range from gendered job recruiting and pay gaps to the female leadership deficit. They should be aware that family friendliness can be for men and women because “gender-specific expectations” affect women’s opportunities.

We are underutilizing and under rewarding women. To use their human capital more extensively and equitably, we can look to firms that need to focus explicitly on reversing discriminatory practices that involve hiring, downshifting, and attrition.

So yes, little that the Goldman report said is new. But the authors of the study believe that they are letting their clients know how to achieve the diverse leadership that is good business.

My sources and more: Yesterday, through a Goldman Sachs podcast interview, I learned about the new gender gap paper. I also recommend this recent research.

The Economics of Skiing Across Antarctica