Talking with Freakonomics host Stephen Dubner, PepsiCo CEO Indra Nooyi created a bit of a stir. Perhaps too honestly, she said that women avoid nibbling too loudly in public while men crunch, they lick their fingers, and they pour the last bits of their Doritos down their throats. Asked if PepsiCo might create a chip for women, she said they were considering it. 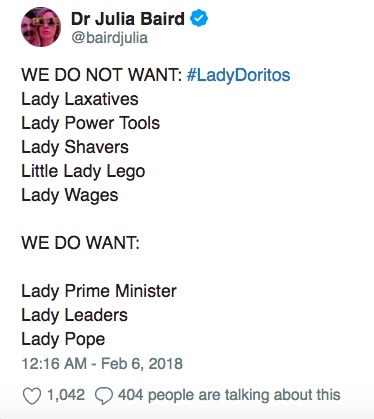 Called the Lady Doritos controversy, the firm responded with this tweet…

We can view the Lady Doritos incident as an interesting introduction to a woman who runs a firm with 22 billion dollar brands and much more. Having become CEO in 2006, she steered PepsiCo through a major recession. As the head of a salty chips and soda firm, she responded to a junk food onslaught with healthier products.

One result was three categories of foods:

After 12 years at the top, Indra Nooyi announced that she will be retiring. To oversee the transition, she will continue to chair their board until early January. But during October a man will become PepsiCo’s president.

As a departing female CEO, Indra Nooyi will join Denise Morrison (Campbell Soup) and Irene Rosenfeld (Mondelez). With the three of them gone, we drop to 23 female CEOs in the S&P 500. The remaining women include include Mary Barra at General Motors, Virginia Rometty at IBM, and Safra Katz at Oracle. 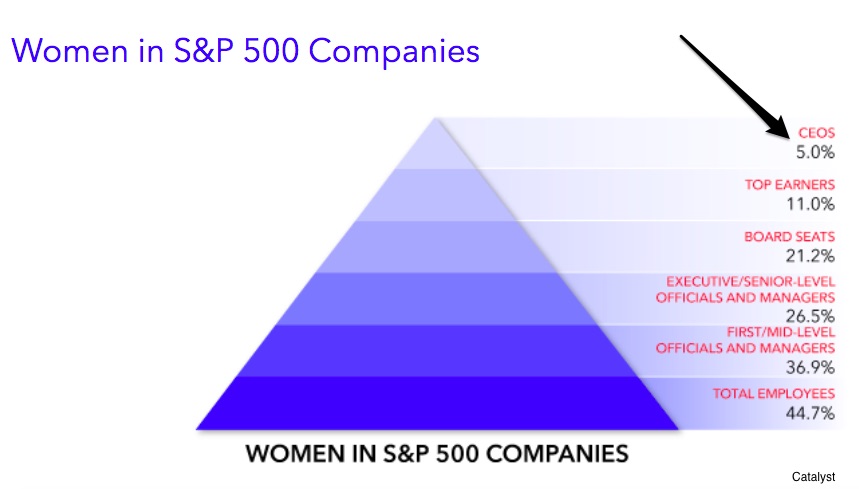 A behavioral economist might tell us that we have fewer female CEOs because of an expectations bias.

This classic experiment is one example. During the 1960s, Harvard professor Robert Rosenthal had his class experiment with rats that were falsely labeled. Thinking the rats were either smart or dumb, his students did not know that Rosenthal wanted to see the impact of the labels. At the end of the experiment, they did indeed conclude that the “smarter” rats were tamer, cleaner, and more likable.

And yes, Lady Doritos would also have perpetuated that cycle.

My sources and more: To get a firsthand impression of Indra Nooyi, the Freakonomics podcast is ideal. I also recommend the Washington Post, and the New Yorker to see her PepsiCo legacy. Finally, for the plight of the female CEO, do go to  Catalyst and for the Lady Doritos story, the NY Times.

What Grey Poupon Says About Your Affluence