What Grey Poupon Says About Your Affluence

If you used Grey Poupon mustard in 1992, then you were probably affluent.

At the time, French’s was the most popular mustard and Gulden’s was #2. Because relatively few people knew about Grey Poupon, they tried to convince us that an expensive “French” mustard could reflect our sophistication. True, it was made in Connecticut with Canadian ingredients but we did not know that.

Here is the 1988 Rolls Royce ad for Grey Poupon:

Where are we going? To high income consumer spending.

In a new paper, income was one of the categories through which economists considered our cultural divide. To identify a high income household, the researchers named what the “rich” were most likely to have purchased. Then, for each item, they calculated the “likelihood of guessing correctly that people were rich or poor based on their answer.”

Their purpose was to see if, over time, the differences between the rich and poor had gotten larger. If so, they hypothesized that social mobility could be tougher because the different income groups had less in common. Instead, they found that the gap was pretty stable during the past 25 years.

Our purpose today though is not to look at social mobility or income inequality. I thought the paper’s data was a handy way to see what the affluent buy. As drivers of economic growth through the GDP consumption component, high income households play an important economic role.

Using data about Grey Poupon mustard users from 1992, researchers concluded there was a 62.2% chance of guessing correctly that those people were high income. Similarly, for 2016, if your car had a heated seat, there was a good chance you were also in that more affluent group.

These are some of the other products and brands included in the paper. They provide a good idea of what high income households buy: 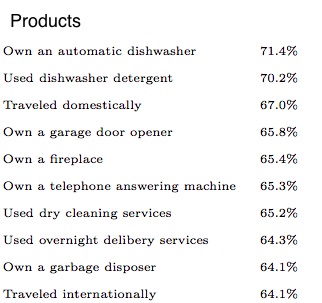 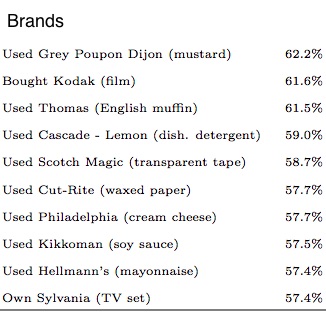 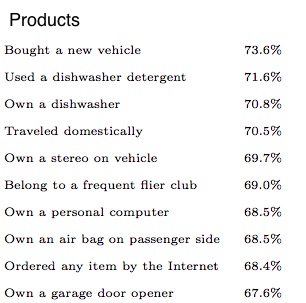 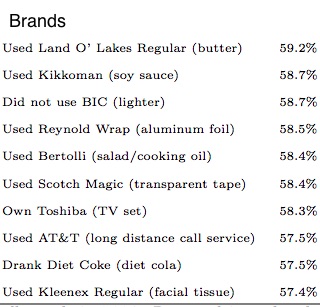 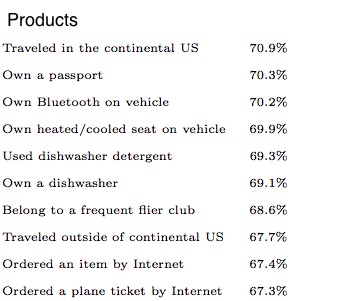 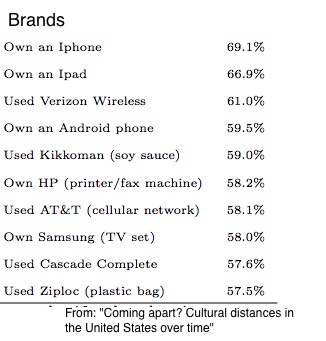 In a GDP primarily composed of Government, Gross Investment (mainly business-related but also residential housing), and Consumer Expenditures, the consumer role is disproportionately large. (The fourth component is net exports.)

The St. Louis Fed tells us that most recently, consumer spending has contributed close to 75% of our economic growth: 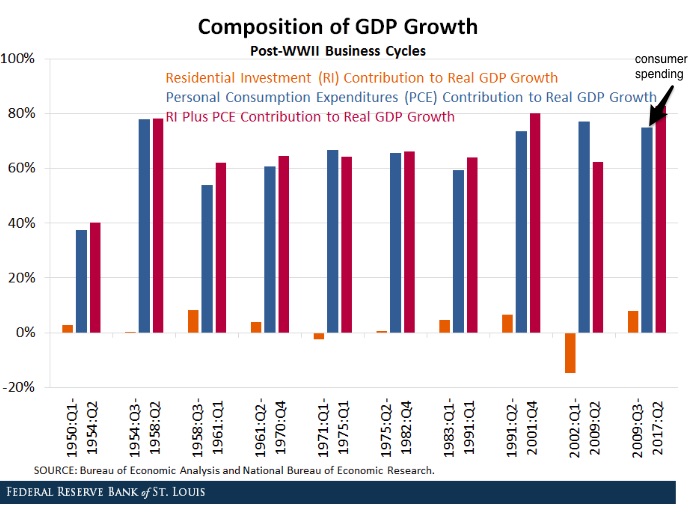 And, in that total, high income spending (including Grey Poupon) plays an important role.

My sources and more: For some mustard history, this NY Times article has it. But for the academic side of what higher income homes buy, this paper on the cultural divide and this one on innovation have the details. But if you want to read (briefly and meaningfully) about economic growth, do look at this St. Louis Fed blog post. Finally, this (dry) Fed paper on consumption and wealth has data (tough to find) on high income spending.

Please note that several sentences about Grey Poupon were in a previous econlife and I slightly edited today’s post after publication.

Why Oregon Grows Too Much Marijuana (But Not Colorado)