In 2015, the Mayor of Sellia decreed that the 500 people in his village had to stay healthy. With the young leaving and the average age ascending, if too many people died. he would no longer have a village. So, he made sure that residents would be eligible for subsidized healthcare that will get them a tax exemption. The elderly also can take a government funded bus service to thermal baths and participate in local dance classes. Meanwhile, a new adventure park and a youth hostel are supposed to attract new residents.

Sellia is not alone.

However you measure it, Italy is old and the elderly are expensive.

The Size of Italy’s Elderly Population

In a July 2017 article, the Telegraph gave Italy the #5 spot for the country with the highest average age: 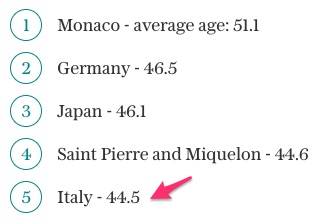 Almost up there with Japan, Italy has a large 65 plus population. While this CNN map is from 2015, the same is true now. Stats from 2017 indicate almost 23% of the Italian population is 65 and older: 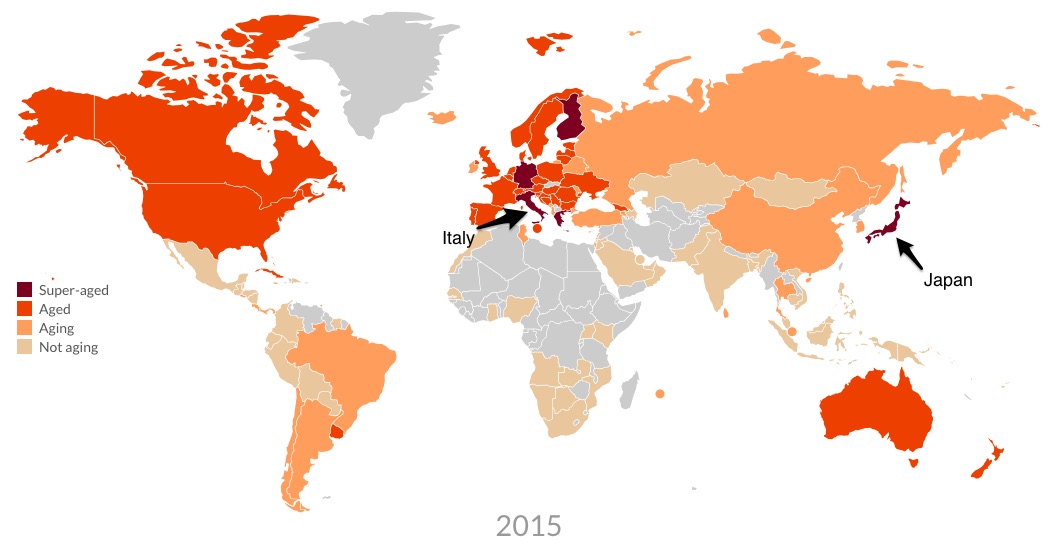 The Cost of the Elderly Population

Like most EU countries, Italy’s old age pension payments are a fiscal drain. But Italy’s pension spending is relatively larger than the others: 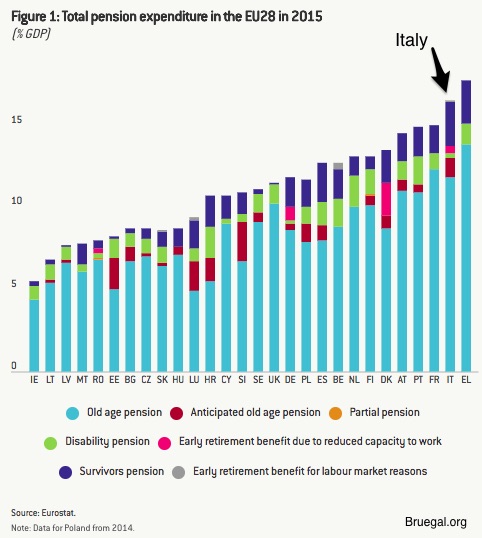 Looked at slightly differently, you can still see that spending on the aged occupies a massive part of Italy’s budget: 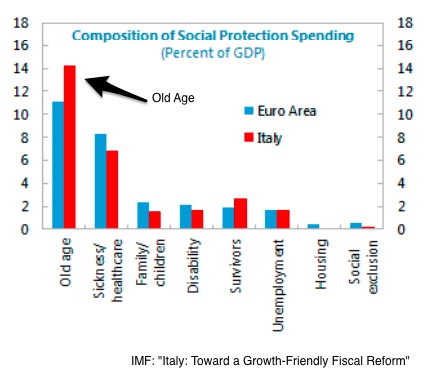 What it all adds up to is a sky-high dependency ratio that creates more government spending. 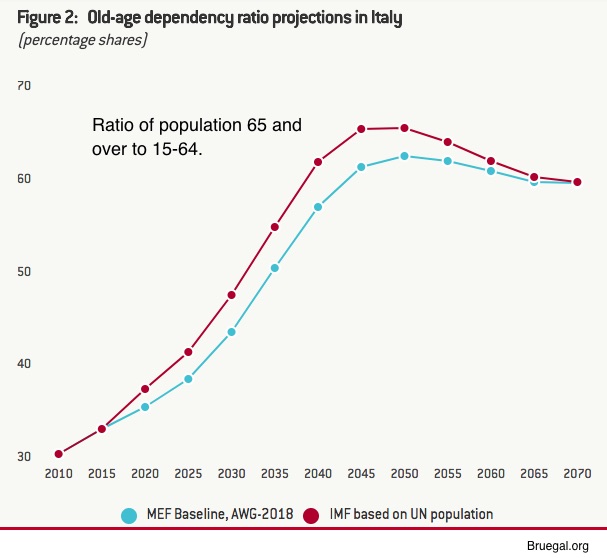 And yet, a Pew survey indicates that more than half of all Italians in their survey believed government should care for the aged:

So, knowing government help is expected, we can conclude where we began with a village helping its residents live longer.

My sources and more: With Italian politics in the news, I returned to the Telegraph for the story of Sellia. Meanwhile, Indexmundi and thelocal had the most up-to-date stats and Bruegal had the graphics. But, if you want much more detail and the academic side, do go to this IMF working paper. Also, econlife looked at Italy’s try for more babies here.

Our featured image is the Telegraph’s image of Sellia.

All You Need to Know About Doughnuts

Why We Should Apologize to the IRS