(Almost) Everything You Never Knew About Brexit

While the UK is supposed to leave the EU during March 2019, no one knows whether its exit will be hard, soft, or somewhere in between. A hard Brexit would mean Britain just walks out without establishing its future obligations. At the other extreme, on the soft side, they remain in the European Economic area. Almost like it was, they retain tariff-free trade and regulatory harmony.

Whatever they decide, the details are countless.

When the UK leaves the EU, some firms could lose their domain names. Since the “.eu” url has been available only to EU members (and Norway, Iceland and Lichtenstein), British businesses might have to change.

Suddenly, dual citizenship is looking attractive. According to More or Less’s Tim Harford, Brits upped applications to Berlin from a pre-Brexit 60 to 810 afterwards. Similarly, the increase for France was from 385 (2015) to 1363 (2016), and 2129 through August this year. (In addition, the actor Colin Firth applied for Italian citizenship.)

You can see below that dual citizenship applications from UK citizens are surging: 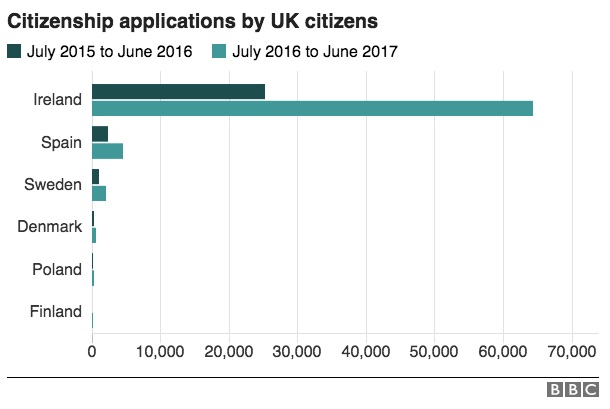 And the reverse is happening too: 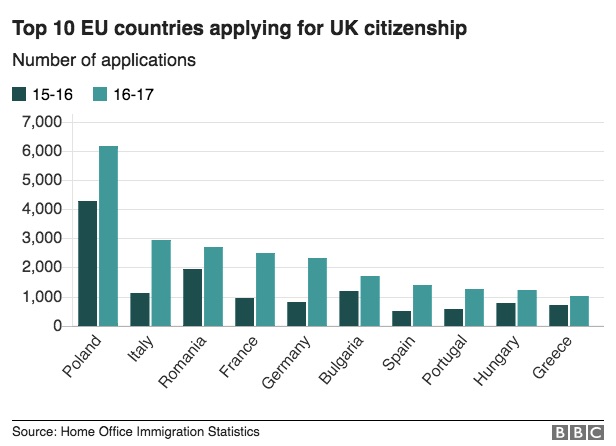 Because the U.K., France, and Germany seem to be insufficiently increasing their customs staff, bottlenecks are likely. The UK said they might need to hire an additional 5,000 officials. Meanwhile, France and Germany have not yet begun hiring or training–a process that could take as long as three years in Germany.

This infographic is just a tip of the iceberg. Its simplicity obscures a gargantuan task: 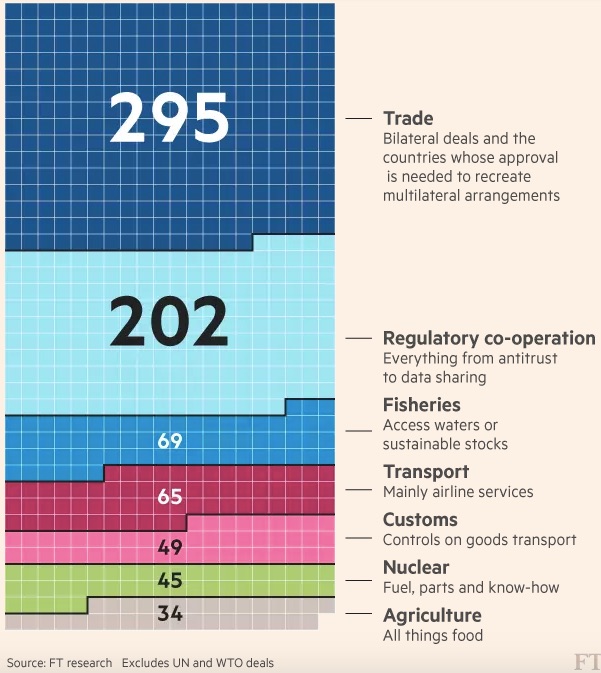 Saying, “It is dusty in there,” one official wondered if they would go into the bin where 1970s treaties dwell (metaphorically).

My sources and more: Usually gated, these FT articles, here and here are excellent and accessible. Then, for other digital issues, I recommend looking at this list. If you still want to read more, the Centre for European Reform wrote about the pension liabilities. But the best was this More or Less podcast on dual citizenship applications.

Why Albums Are Longer