Not Quite a Goldilocks Recovery

You probably recall that when Goldilocks tasted the Three Little Bear’s porridge, she said that Papa Bear’s cereal was too hot and Mama Bear’s, too cold. But Baby Bear’s was just right.

Referring to that just right sweet spot, in 1995, Secretary of Labor Robert Reich said that GDP growth, unemployment and inflation were also neither too hot nor too cold. After a 1990-1991 recession, they were enjoying a Goldilocks recovery.

A Goldilocks Recovery? Yes and No

Looking at a GDP that grew pretty consistently, unemployment that fell, and low inflation, we can say we have had a Goldilocks recovery.

The GDP has grown pretty consistently.

The unemployment rate has plunged from an October 2009 10% high.

Inflation has been close to the Fed’s 2% target rate:

On the other hand, GDP expansion has massively lagged previous recovery rates: 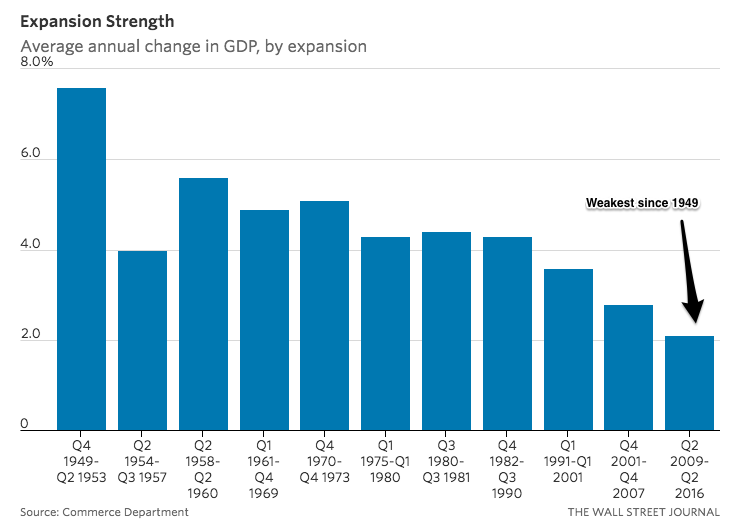 Especially for less educated workers, wage growth has been meagre: 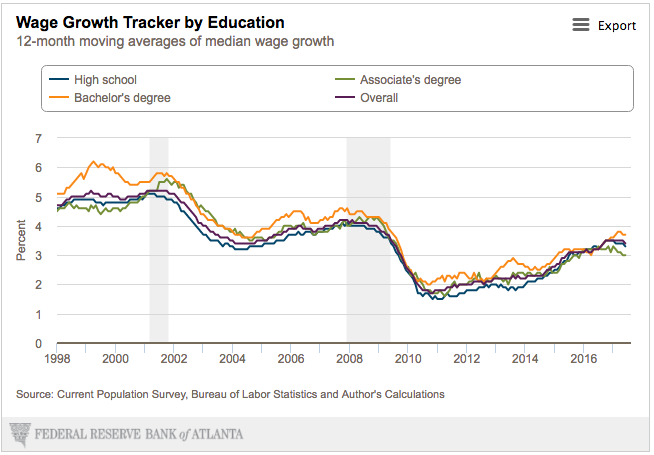 Equal only to a brief time during 1980, current labor productivity is at an all time low: 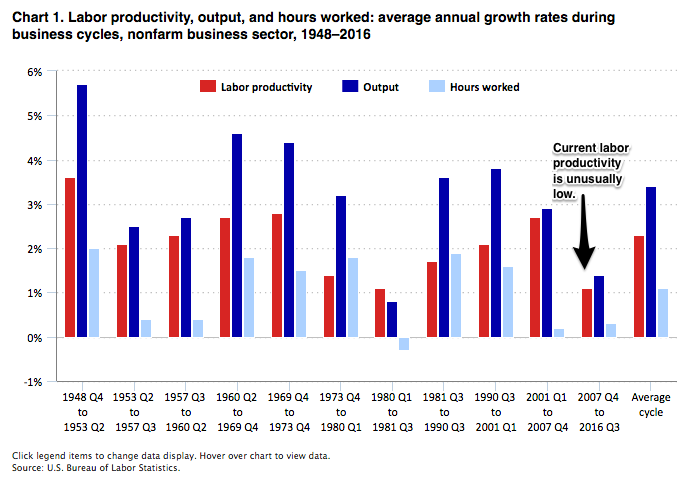 The productivity decline could be our most worrisome statistic.  As the source of a rising standard of living during the past century, output per unit of input needs to soar. Without it, our economic recovery is…

My sources and more: Used economically, Goldilocks appeared for the first time in a 1988 NY Times column. Then, for more about a less than vibrant recovery you might look at this BLS productivity analysis and this WSJ blog.