Idaho has become rather popular.

In their annual migration survey, the Atlas Group called Idaho the #1 inbound state while Wyoming led the outbound list. The rank was based on a comparison of each state’s inbound and outbound movers. States that were close to 50/50 were balanced.

You can see below that the number of (dark orange) balanced states far exceed those with an outbound or inbound tilt. 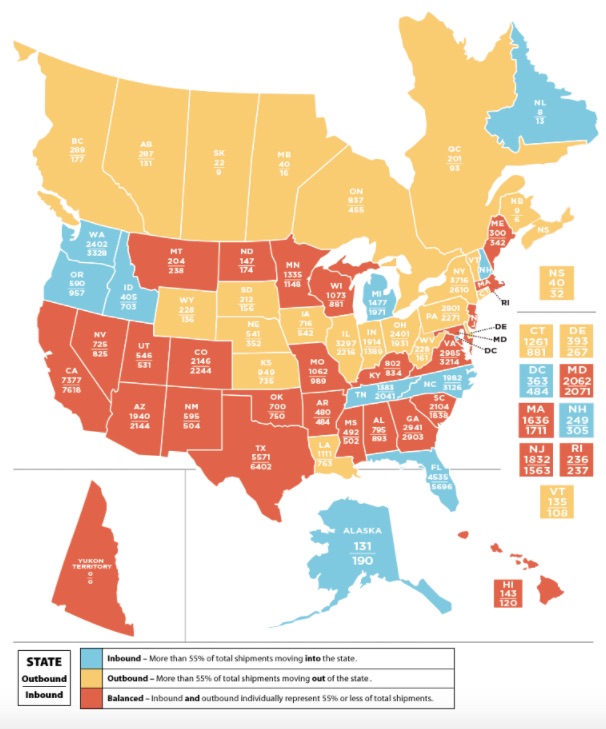 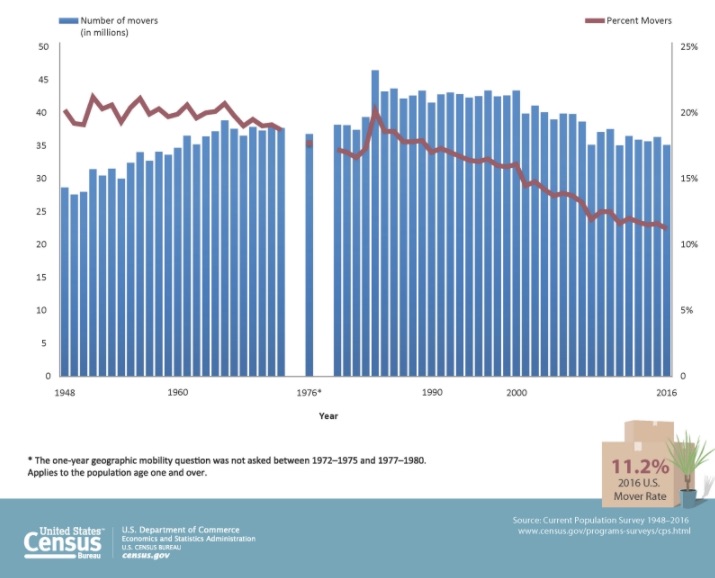 The three basic reasons for moving are housing, family and employment: 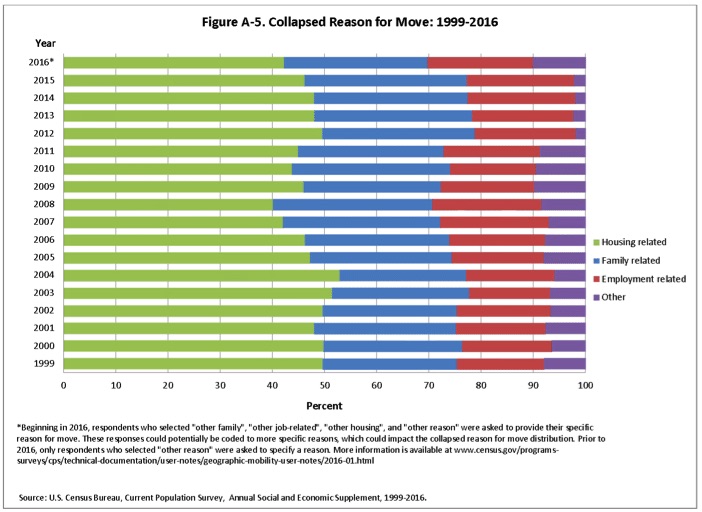 We really aren’t sure why we are moving less. Such a longterm trend makes it tough to find explanatory patterns in housing and labor markets. Looking back though, we do know that migration has been an economic plus. Being able to form a national market facilitated regional specialization. It let us allocate land, labor and capital most efficiently.

My sources and more: Useful for identifying national moving  trends, the annual Atlas World Group migration report provides a consistent summary. It took me to data from the U.S. Census Bureau and then some analysis at the Conversable Economist and City Lab.