A Labor Day Look at Our Time Squeeze

Between 1975 and 2018, the average middle-class husband and wife added two and a half months–600 hours–to the time they worked during one year. Yes, they earned more.

But they also created a “middle-class time squeeze.”

Household work hours were up because increasingly, both parents became full time breadwinners: 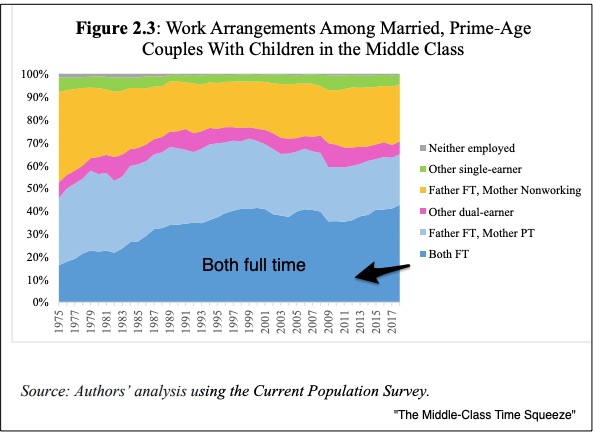 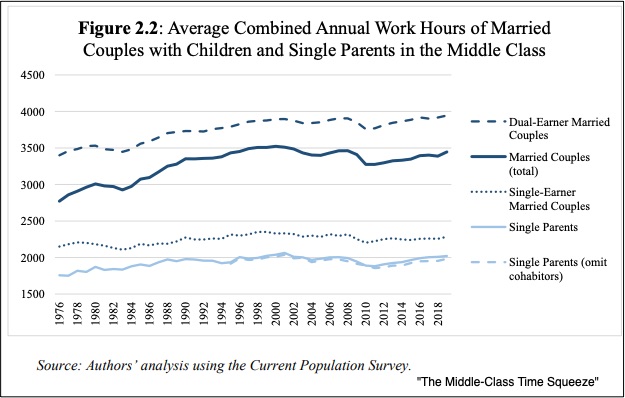 The upside has been the increase in gender equity and middle class prosperity. Between the late-1970s and 2018, average middle class family income was up 21 percent because of women: 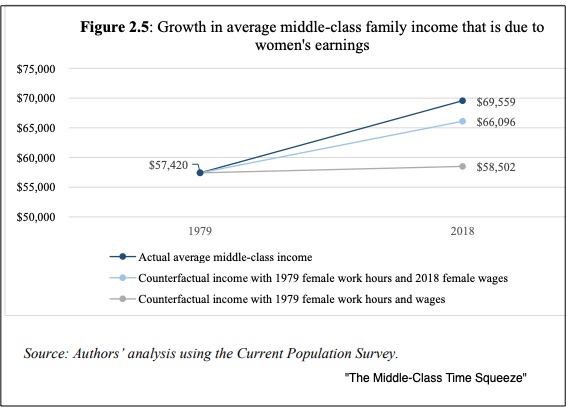 However, compared to European nations, the time prosperity of U.S. workers is less: 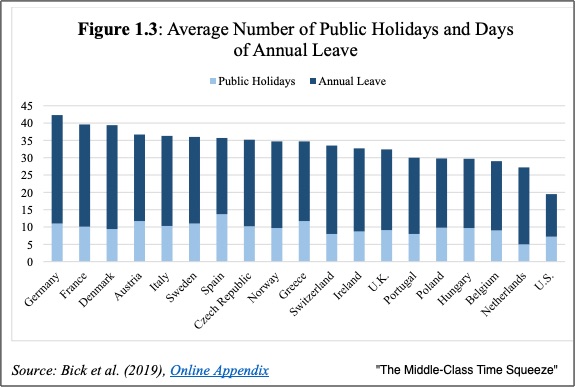 According to a recent paper from Brookings, the middle class family’s time/money tradeoff diminished our time prosperity. Confirming our harried lives, a Gallup survey covering 1991 to 2016 found that a majority of respondents believed “they do not have enough time to do what they want with their days.” They are living that middle-class time squeeze.

Looking back to the 1970s, a behavioral economist might say that the “squeeze” was caused by the change in the family’s division of labor. First described by economist Gary Becker more than 50 years ago, the family is like a little factory that combines land, labor, and capital. With the kids the output, you have the adults dividing the labor. When the wife stayed at home and the husband left each day, she did the childcare, cooked, cleaned, and shopped while he earned the money.

It all changed when women went to work outside the home: 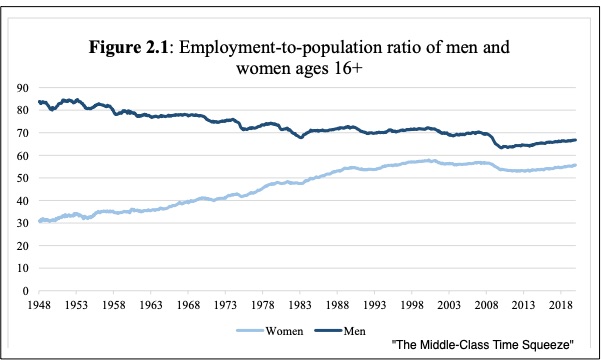 And brought a new division of labor: 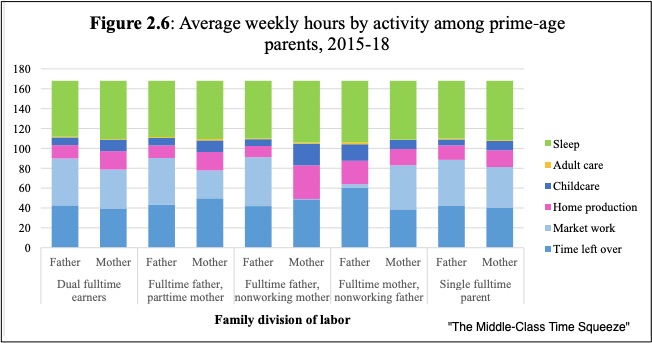 And also a middle-class time squeeze.

My sources and more: Thanks to Timothy Taylor’s Conversable Economist for alerting me to the Brookings paper on the “middle-class time squeeze.”