Airplane seats can be a problem, even when a plane is empty.

So Korean air decided to place all of the emergency medical supplies and agricultural goods it was transporting to Ho Chi Minh City in its Airbus 330-300 cargo hold.

Where are we going? To the ghost flights that are carrying cargo.

Whether it’s Delta in the U.S., Lufthansa in Germany, or Turkish Air, ghost flights are the new normal. Because passenger volume has evaporated, freight makes sense. In a Boeing 777, the baggage compartment can hold the equivalent of 33 Toyota Corollas. One American flight between Dallas and Frankfurt had no paying customers, just goods that included military mail and machine parts. During the return flight, the size of the cargo almost doubled.

American Airlines provided this partial image of its 777-300 cargo hold. Great for baggage but not freight, the hold is divided into smaller sections: 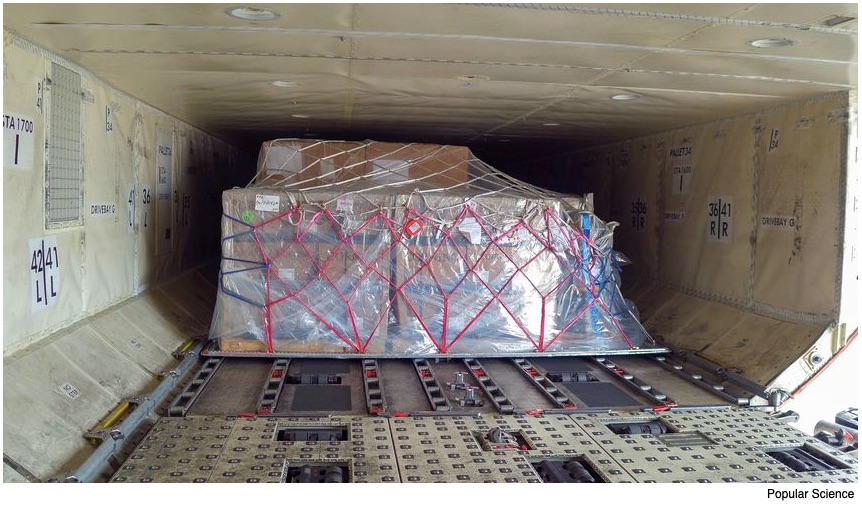 As a relatively insignificant slice of revenue, freight on a passenger jet is nothing new. Now though, it makes sense to carry much more. Fuel is cheap, pilots are paid whether they fly or not, and freight rates have increased. Furthermore, one condition of U.S. stimulus aid is that airlines keep flying.

Still, many cannot. The number of stored planes has soared: 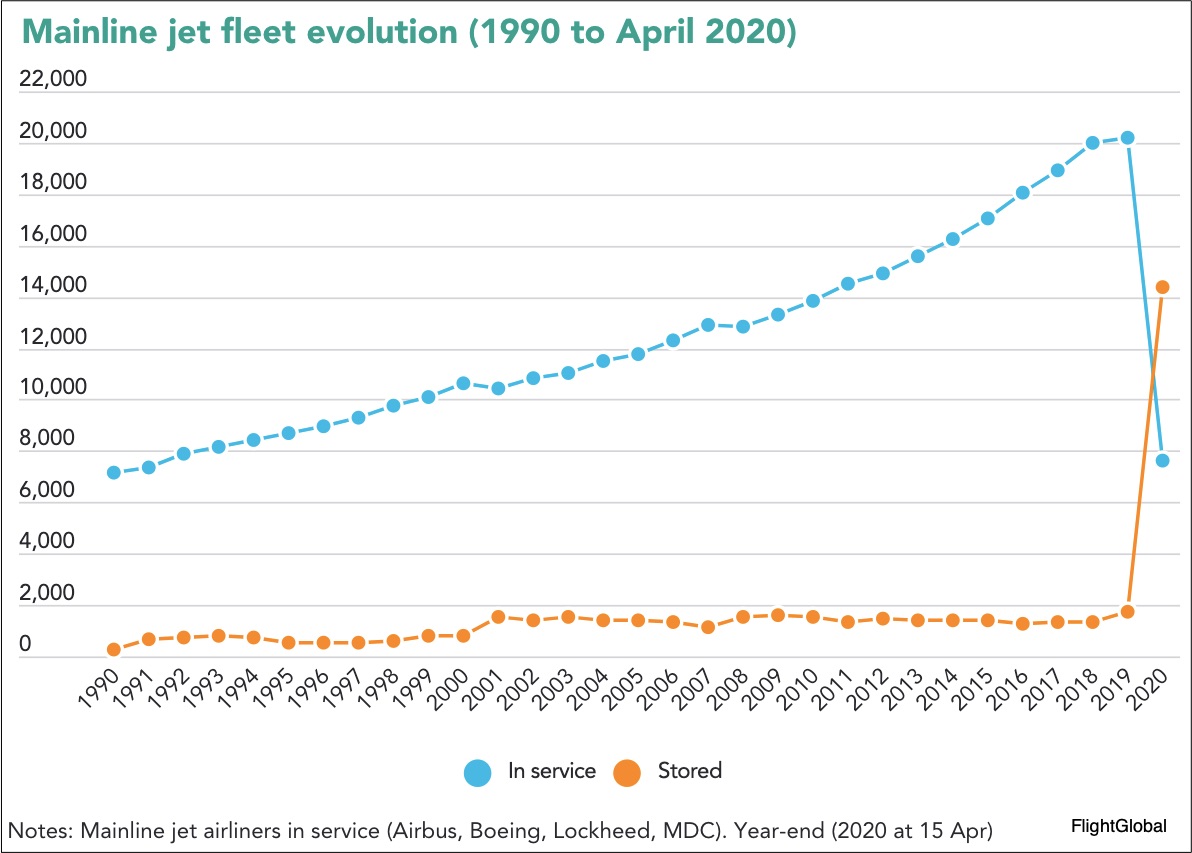 As economists we could say we are just talking about the factors of production. Flying freight rather than passengers, airlines need to reallocate their land, labor, and capital.

Permanently reallocating, though, takes a year or so.  Do take a look for a fascinating 90 seconds:

The massive change in land, labor, and capital surely means that airlines like Korean Air and American, will just use their cargo hold.

My sources and more: Thanks to fivethirtyeight for alerting me to the air freight carried by passenger planes. From there, PopSci, FlightGlobal and Wired. had all the details.