How Cheese and Salmon Tell the Russian Embargo Story

With the Russian embargo ending its first year, cheese and salmon tell a lot of the story.

Where are we going? To the losers and winners that Russian sanctions created.

The Impact of the Sanctions

Responding to Russia’s policy in Ukraine, trade and investment restrictions were imposed last August by the U.S., EU, Australia, Canada and other nations. Days after they were implemented, Russia retaliated with its own new trade rules. On both sides we wound up with a long list of goods and services that could not travel to or from Russia.

Below, you can see some of the products that were affected by the new trade barriers. 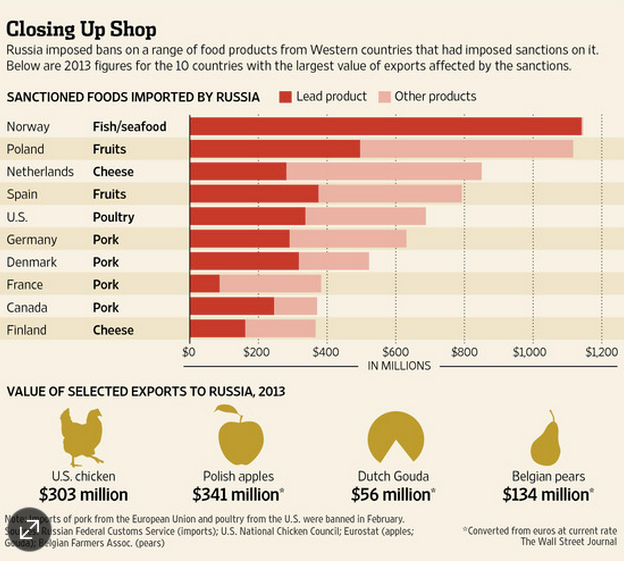 Because trade barriers create new incentives that redirect the flow of exports, we have losers and winners.

On the losing side, the word to remember is “fromagicide.” Used to describe the Russian destruction of thousands of tons of illicit cheese that made it through the embargo, it also applies to the European businesses that no longer enjoy lucrative exports to Russia. (One headline said the cheese smugglers were “Up to No Gouda.” [Sorry])

The winners have been the Russian cheese makers. One executive at a high-end Russian supermarket chain said “Eighty percent of our cheese lineup has changed this year.” Up by almost 30 percent between January and April this year when compared to the same period during 2014, the cheese production increase shows that Russia is achieving one of its sanctions’ goals–to boost Russian agricultural production.

For salmon, the Faeroes are the winners. Located between Iceland and Scotland, the 18 little rocky islands that compose the Faeroes are enjoying skyrocketing salmon demand and higher prices from Russia. One reason their Russian sales are soaring was an expedited note from the Faeroese prime minister ( a former fish salesman) to the Russians saying, “We are not part of EU—we are totally outside.” 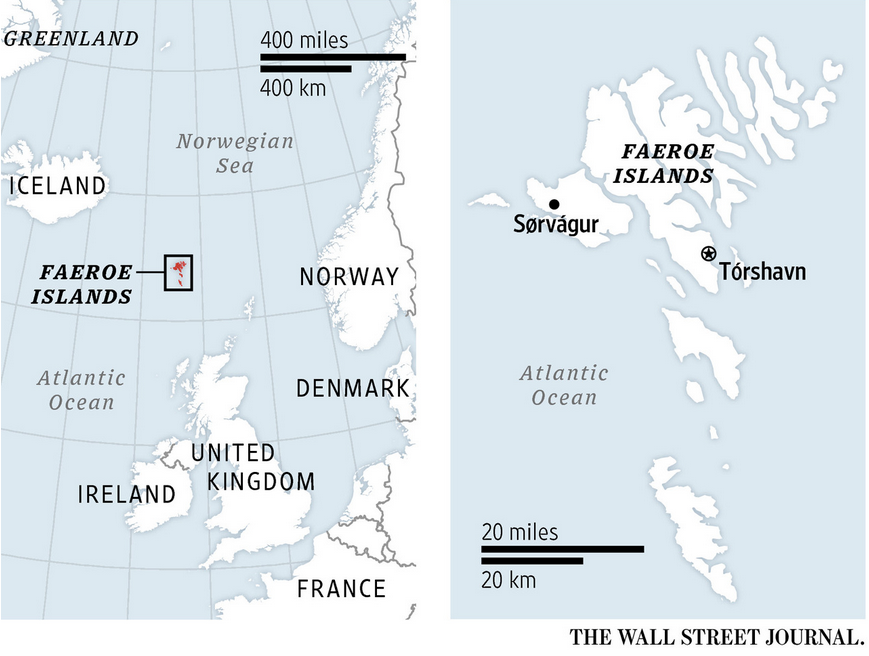 You can see below how the salmon trade changed. 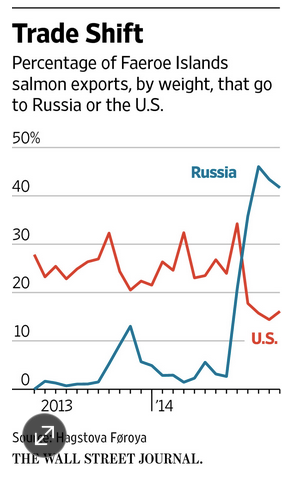 With sanctions the extreme form of trade barriers, we still have a predictable impact on supply and demand. For cheese, that meant EU producers lost their Russian customers while their Russian counterparts benefited. Similarly, EU salmon exporters suffered and those in the Faeroes partied.

But as you know, our story is about much more than cheese and salmon. With new trading incentives, each embargoed product has losers and winners.

Why Birthday Cat Is Grumpy

Food Issues: Why Economists Say Kale is Like Fried Calamari