Where (International) Trade Grades Are Changing

During March, the 2021 Index of Economic Freedom was published.

In the past, econlife looked at the big categories. Focusing on regions and laissez-faire, we asked which countries had the least government intervention. For Europe, that took us to Ireland and Switzerland while in Asia and the Pacific, it was Singapore, Australia and New Zealand. (Near the top of the list for decades, Hong Kong was eliminated this year because of the China influence.) Then, looking at the Americas, the U.S., Canada, and Chile are most free and in Sub-Saharan Africa, we can only name the tiny island of Mauritius.

Today, let’s stick with the same countries that have top government non-intervention scores. But we will look at them more precisely. We can ask where their free trade is trending…

And wind up at plurilateralism.

The 2021 Index tells us that they base their trade grade on tariff rates and non-tariff barriers (NTBs). The tariff rate variable is pretty direct. Called a “trade-weighted average tariff rate,” it quantifies the share of imports that have a tariff. By contrast, non-tariff barriers are not quite so easy. Much more subjective, they relate to quantity restrictions like quotas and regulatory constraints that would include licenses. In addition, customs limitations such as advance deposits and government interventions from subsidies and financial and regulatory favoritism fit into the NTB category. Finally, they consider what the World Trade Organization says about NTBs.

Looking at trade grades, I’ve divided our nine laissez-faire countries into two groups. First we compare Singapore, Switzerland, Ireland, Australia, and the United States. Then, our second group is composed of Canada, Chile, New Zealand, Mauritius, and a world average.

You can see that the significant dip for the U.S. in 2019 makes it the outlier when compared to Australia, Ireland, Singapore, and Switzerland: 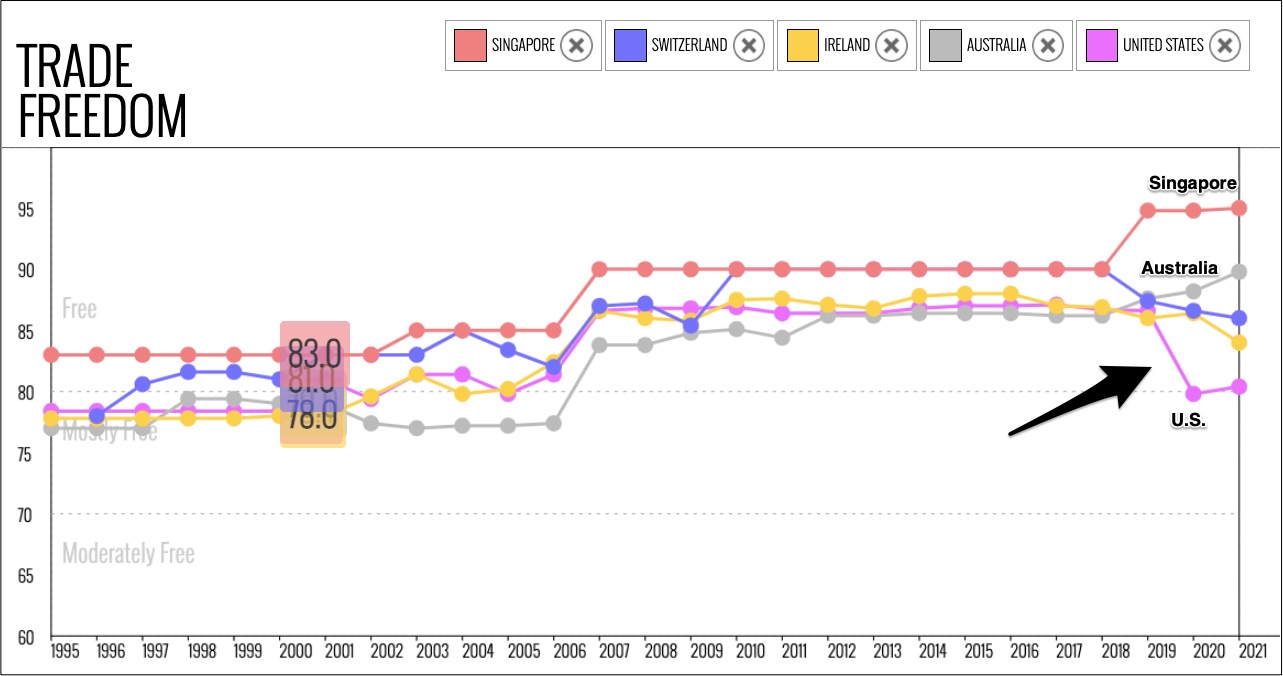 Meanwhile, trending slightly downward, Canada, Chile, New Zealand each got a lower trade grade in the 2021 Index but not the tiny island of Mauritius: 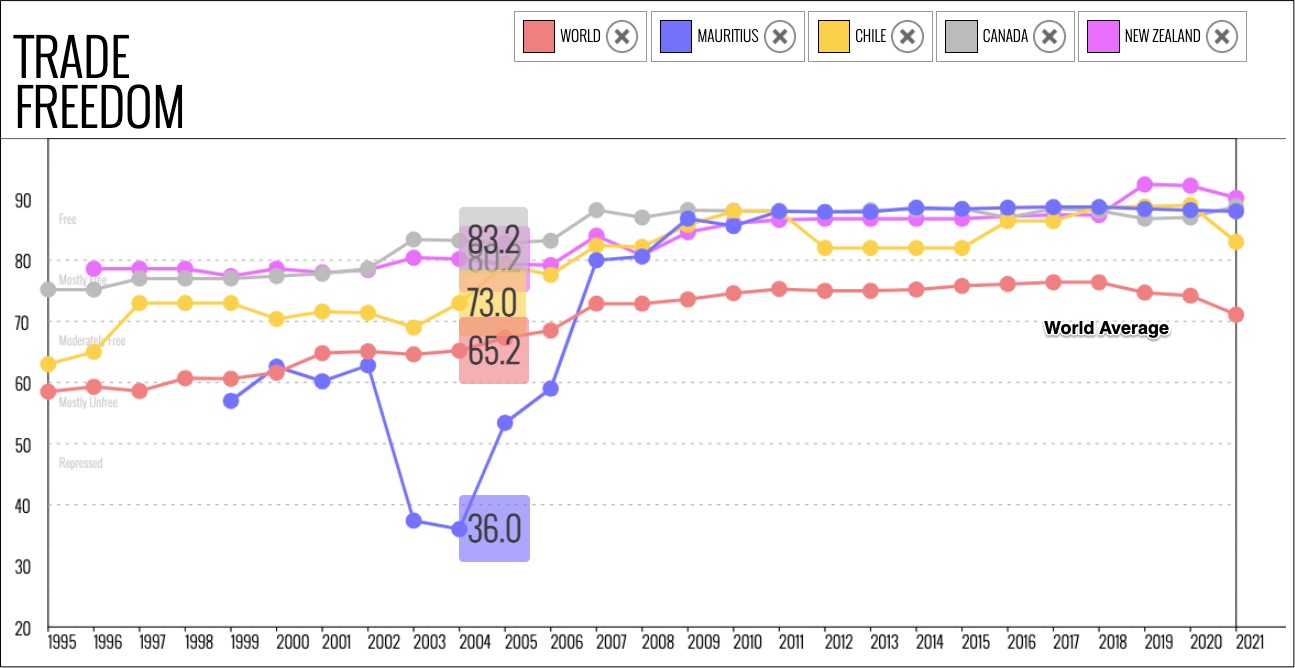 For example, the BBC reported that the U.S. and the EU agreed to a four month tariff suspension. Many of these tariffs stemmed from a WTO (World Trade Organization) decision that the U.S. could legally retaliate to Airbus subsidies. I am happy to report that, in addition to tractors and wine, one of the items with a tariff suspension was Italian Parmesan cheese. The U.S. also decided to eliminate its tariffs on U.K. imports.

I wonder when all of these little deals will start to pull countries’ trade grades higher again.

My sources and more: The complete 488 page Index of Economic Freedom described its metrics. Meanwhile, the shorter versions that let us move around data, check individual countries, and graph variables are here. But if you tend towards supporting fee trade (as do I), then also take a look at this plurilateral policy solution from the Peterson Institute and these examples from the BBC.