The Fish Fight That Could Sink Brexit

According to their original deal, EU nations pooled their waters and then divvied up the fishing rights. Called the Common Fisheries Policy (CFP), the goal was to support the people who fish while preserving the fish population.

Now that they are figuring out Brexit, the U.K. will leave the CFP. They could instead implement their EEZ (exclusive economic zone): 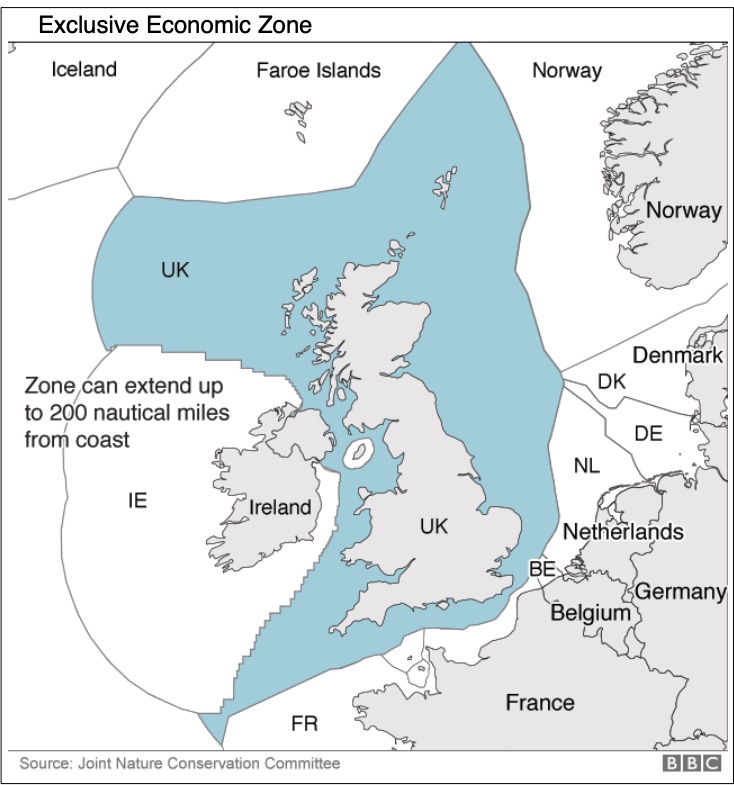 On both sides of the Channel, fishermen are worried.

Supporters of Brexit have said they wanted to take back control of U.K. fishing waters. In the past, though, the U.K. sold more than half of its EU quota to Iceland, Spain, and the Netherlands,

You can see the total value of the foreign-owned portion of England’s EU quota: 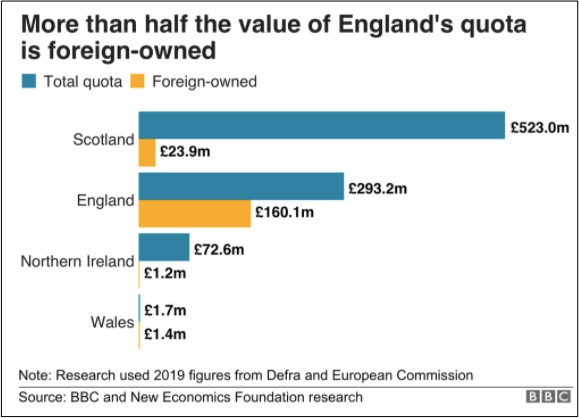 At the same time, the fishermen who live along France’s northern coast depend on British controlled water for their livelihoods. During recent negotiations, the U.K. (reputedly) proposed gradually diminishing what the EU gets over three years, ultimately replacing the quotas with yearly negotiations. Surely recognizing that British waters are the source of one-quarter of France’s national catch. the French still replied “No deal is better than a bad deal, ” Meanwhile French fisherman want to compromise.

Further complicating the situation, we have the British fishermen who also depend on trade. They are afraid of a retaliatory response from the countries that import their catch: 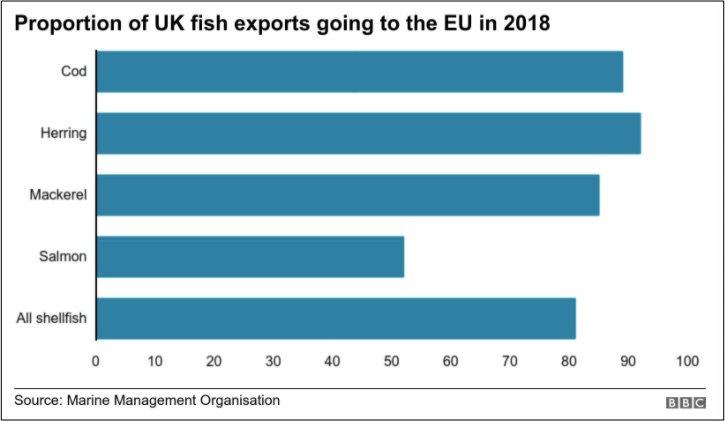 You can see how the fish fight could sink the Brexit deal.

After the U.K. left the EU on January 31, 2020, it entered a transition period during which the details of its departure were supposed to be negotiated. Since then, the U.K. has followed past EU rules and paid into the EU budget. It all will end on December 31, 2020.

This is the timeline. I added the arrow and the pink NO because the October deal never happened: 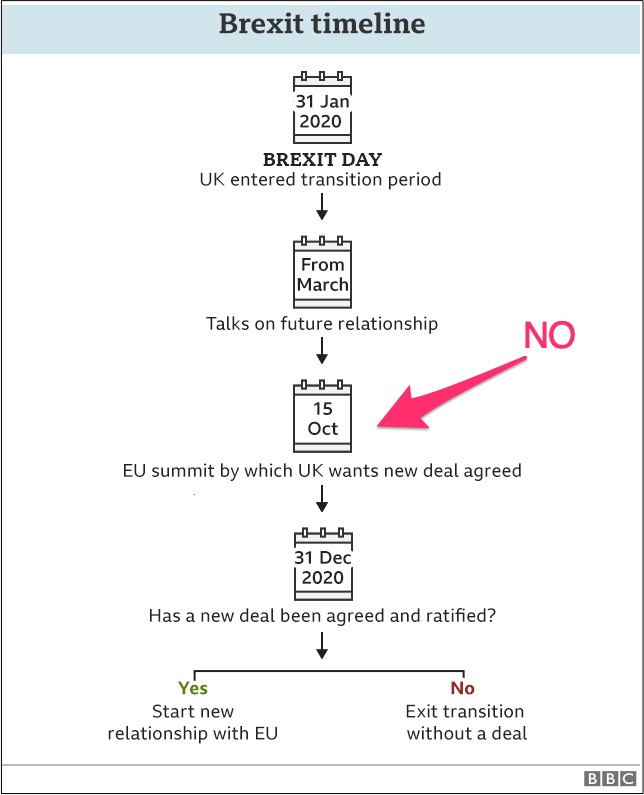 If they don’t solve the fish fight (and other sticking points) by December 31st, then tariffs and border checks kick in on both sides. In the EU, British goods would become more expensive. On the British side, long delays at ports are likely as new regulations are implemented that replace free trade. In addition service providers that range from bankers to chefs could be denied free access to EU markets.

This story does have a moral. Trade barriers are never as simple as they seem.

My sources and more: The BBC and The Washington Post, and FT had the update on the fish fight. From there, another BBC article summarized what has happened since January 31. Then, as a last step,  a peek at the Common Fisheries Policy came in handy. However, the real facts became more apparent through this article.

Our featured image is from France24.

How the Pandemic Ended Peak TV