The Country That Leads the EV Charge

At 10 percent of all autos sold during 2022, electric vehicles appear to have reached a tipping point. Up by 68 percent, worldwide sales were close to 7.8 million units.

If we look at the number of EVs sold, China tops the list: 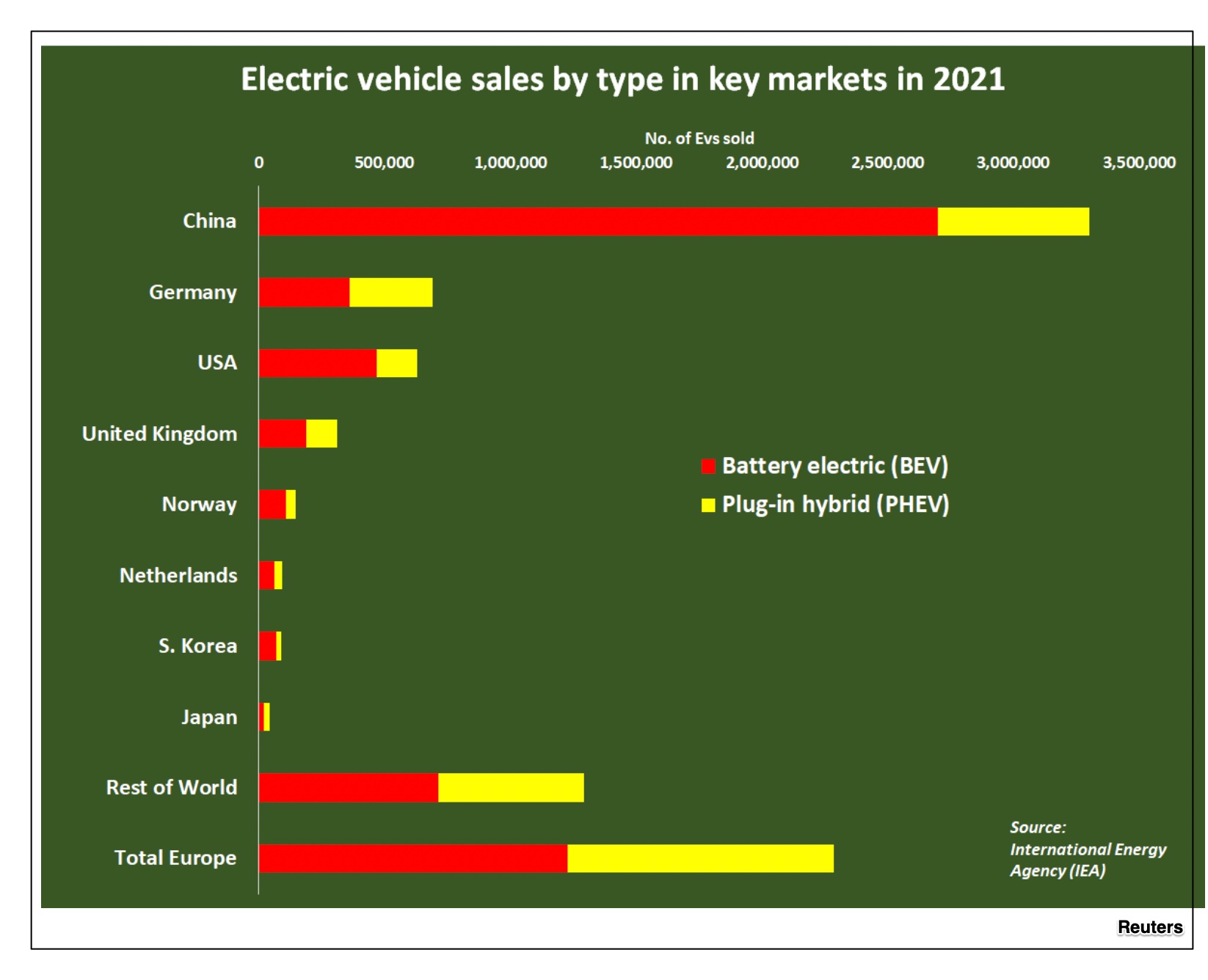 However, Norway jumps to the #1 spot when we look at the EV stock, a statistic that boosts EV “pre-owned” sales and further adds to the number of EVs on the road: 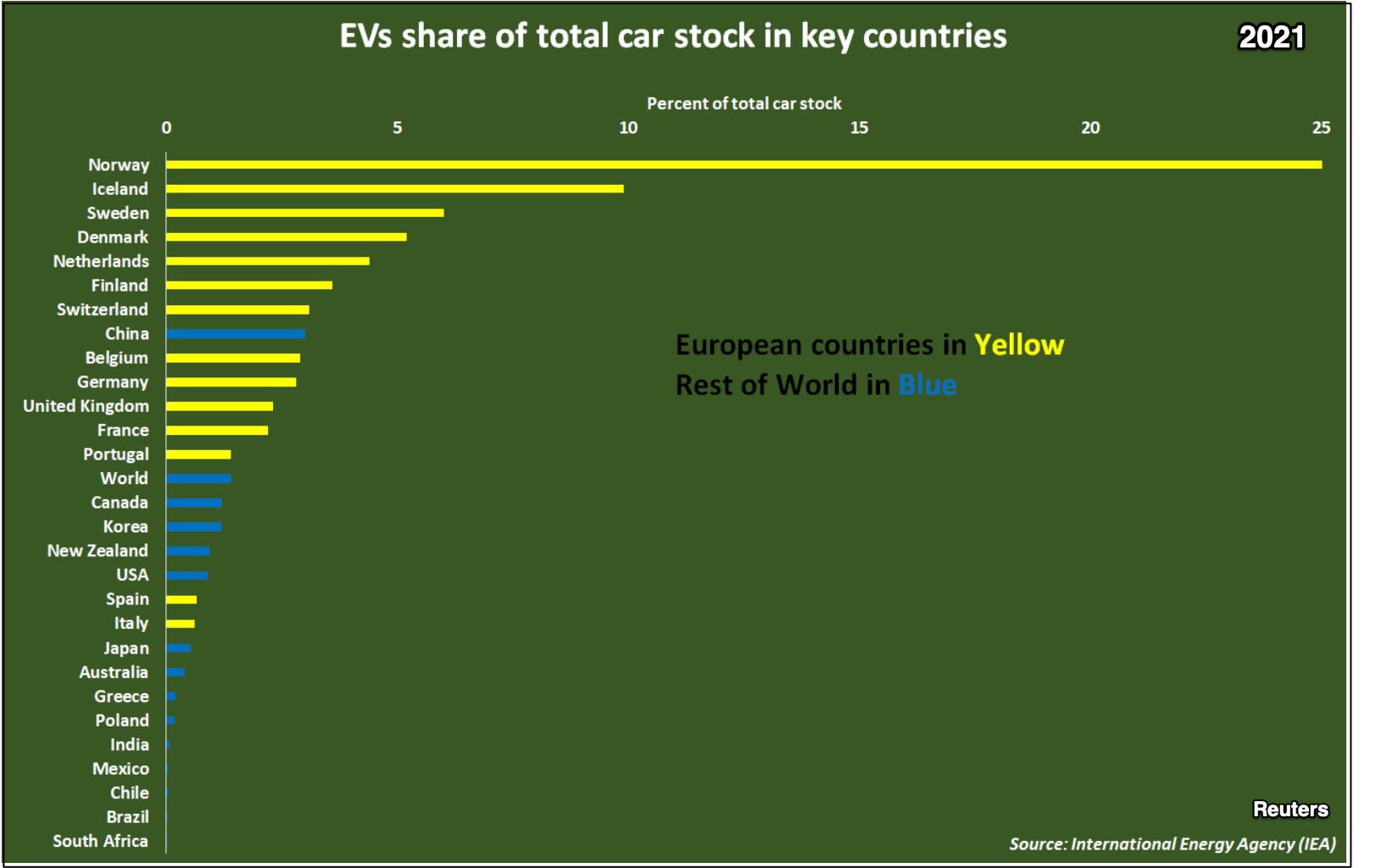 As for charging stations, China (predictably) has 85 percenty of the world’s fast chargers and 55 percent of the slower version. Globally, a whopping 500,000 charging stations were installed during 2021. The U.S., though, has been somewhat of a laggard for charger installation in 2021. By contrast, South Korea’s slow chargers increased by 70 percent:

Norway’s EV leadership did not happen by accident. During 1989, the pop group A-ha hoped to encourage EV purchases. So, in their Fiat Panda, they parked illegally, drove through toll booths, and refused to pay vehicle taxes. Attracting attention. the real target was government policy. They wanted incentives that would nudge people to buy EVs.

Soon, Norway established free parking and EV use of bus lanes. They eliminated taxes and made ferry travel free. Ironically, their immense oil wealth helped to make it all possible. Now, 33 years later, during 2022, Norway’s electric registrations rose to an 81.6 percent market share. Among Norway’s population of approximately 5.4 million, the EV total is close to 647,000. In Scotland, with approximately the same number of people, the BBC tells us that there are 50,000 EVs but the “uptake has grown rapidly.”.

According to the iea, the most effective nudges to buy EVs come from government subsidies and taxes on inefficient internal combustion engine vehicles. Defined as the money that government gives a consumer or a business, a subsidy diminishes the buyer’s out-of-pocket cost. As economists, we can say it’s simply the law of demand: as price goes down, quantity rises. But then, we should add that complementary goods like the number of charging stations and the time to charge are also crucial.

Returning to today’s title, we can ask which country leads the EV charge. Your decision?

My sources and more: Yesterday’s front page WSJ story on EVs was a bland narrative that mostly cited aggregate numbers. However, it inspired me to look farther until I found this ideal Reuter’s article. And finally, the iea and insideevs had more EV facts than we could ever hope to see. (Please note that “Our Bottom Line’s” focus on Norway was in a previoous econlife post.)

What We Can Learn From the Russian McDonald's Replacement