The 6 Facts We Need To Know About Gender Gaps

Gender gaps range from the value of reproductive capital to pay.

1. There is a fertility human capital tradeoff.

In a recent paper, University of Pennsylvania economist Corinne Low concluded that, after age 30, a woman needs to add $7,000 each year to her income. Otherwise, she will become less attractive to potential mates. The reason relates to the value of a woman’s “reproductive capital.” While Low’s data displayed that male online daters with no children preferred younger women, it also showed that elevated earning power offset the preference. Although men were rated higher as they aged and women lower, an extra $7,000 annually kept “older” women in men’s preferred radar. Low used her data to quantify the reproductive/human capital tradeoff. She also cited the resulting dilemma, Earning more diminishes women’s reproductive capital.

Among the OECD’s developed nations, South Korea is last in the pay gap list. At 31.12 percent, the difference is about more than money. According to FT, South Korean women have a lower labor force participation rate and the highest educational attainment. The result is a waste of talent and productivity. As for female executives, one quarter of the top 100 Korean firms had none.

4. The pay gap has been shrinking.

Although the data end six years ago, still, the downward pay gap trend is evident: 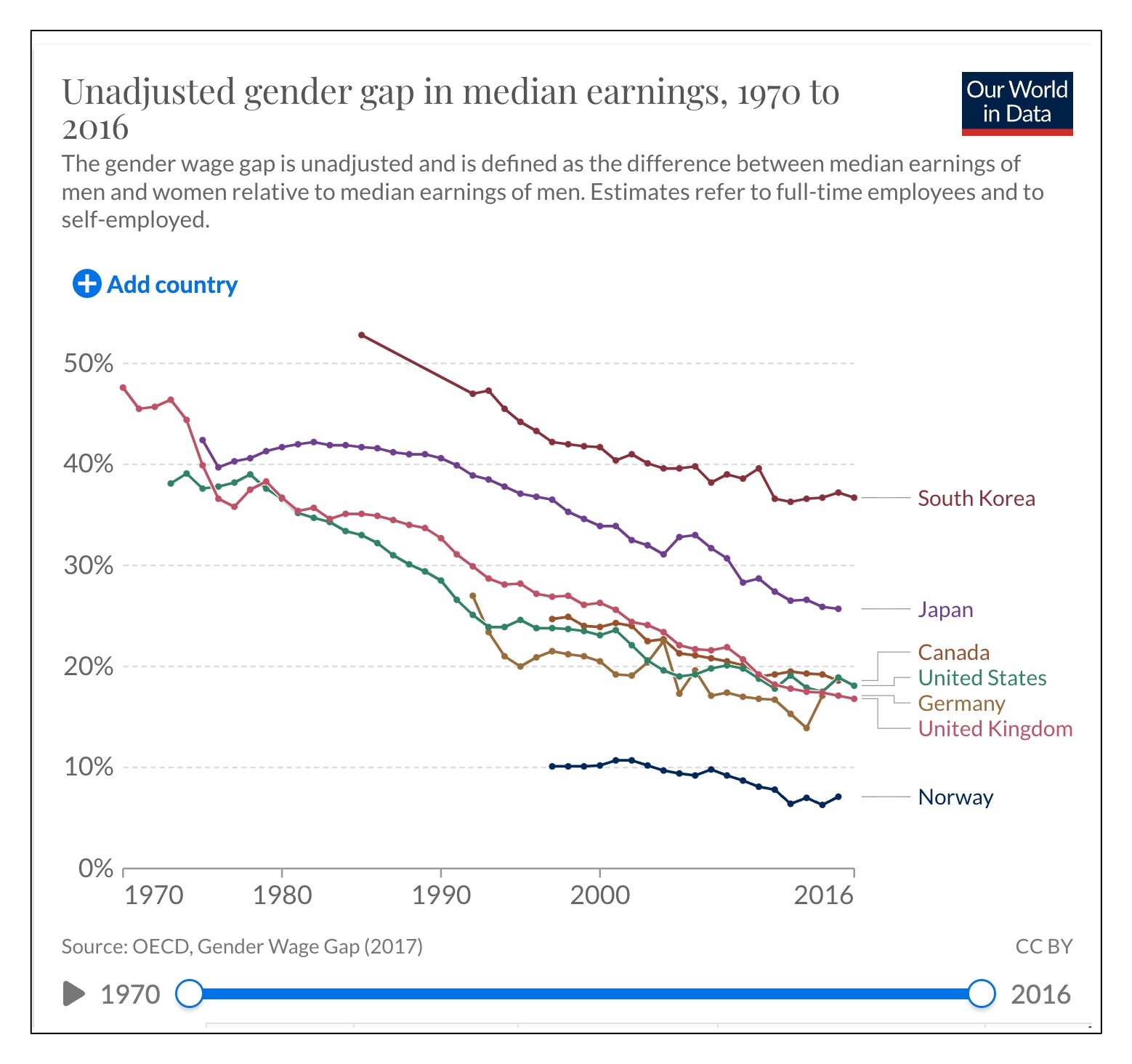 In lower income countries, women take advantage the small loan availability through microfinancing opportunities. The possibilieies could include the Grameen Bank and Rotating Saving and Credit Associations (ROSCAs): 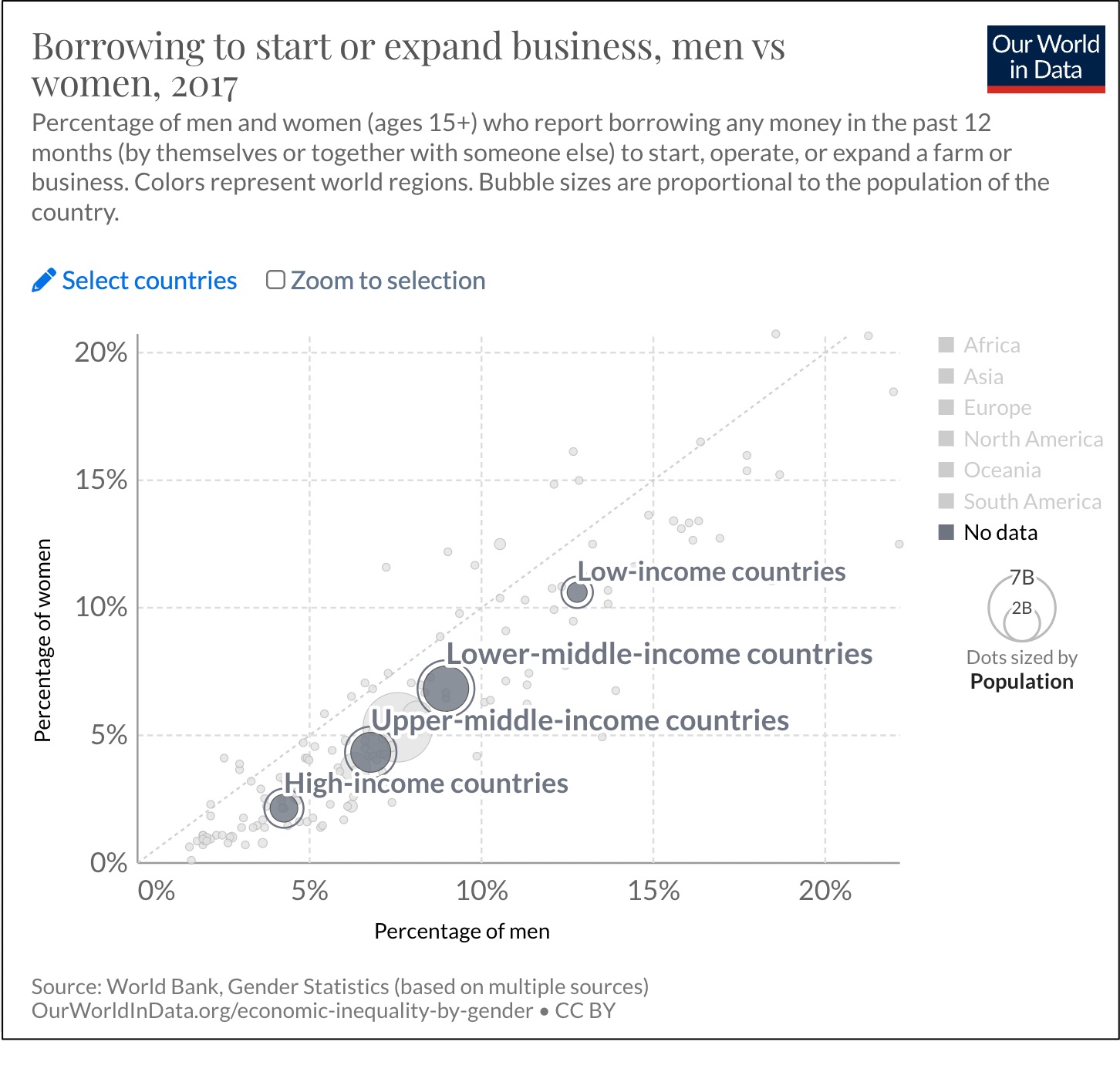 At econlife, our look at pay transparency ranged from Finland’s National Jealousy Day to a new NYC mandate. Below, we can see the extent of pay gap reporting among OECD countries: 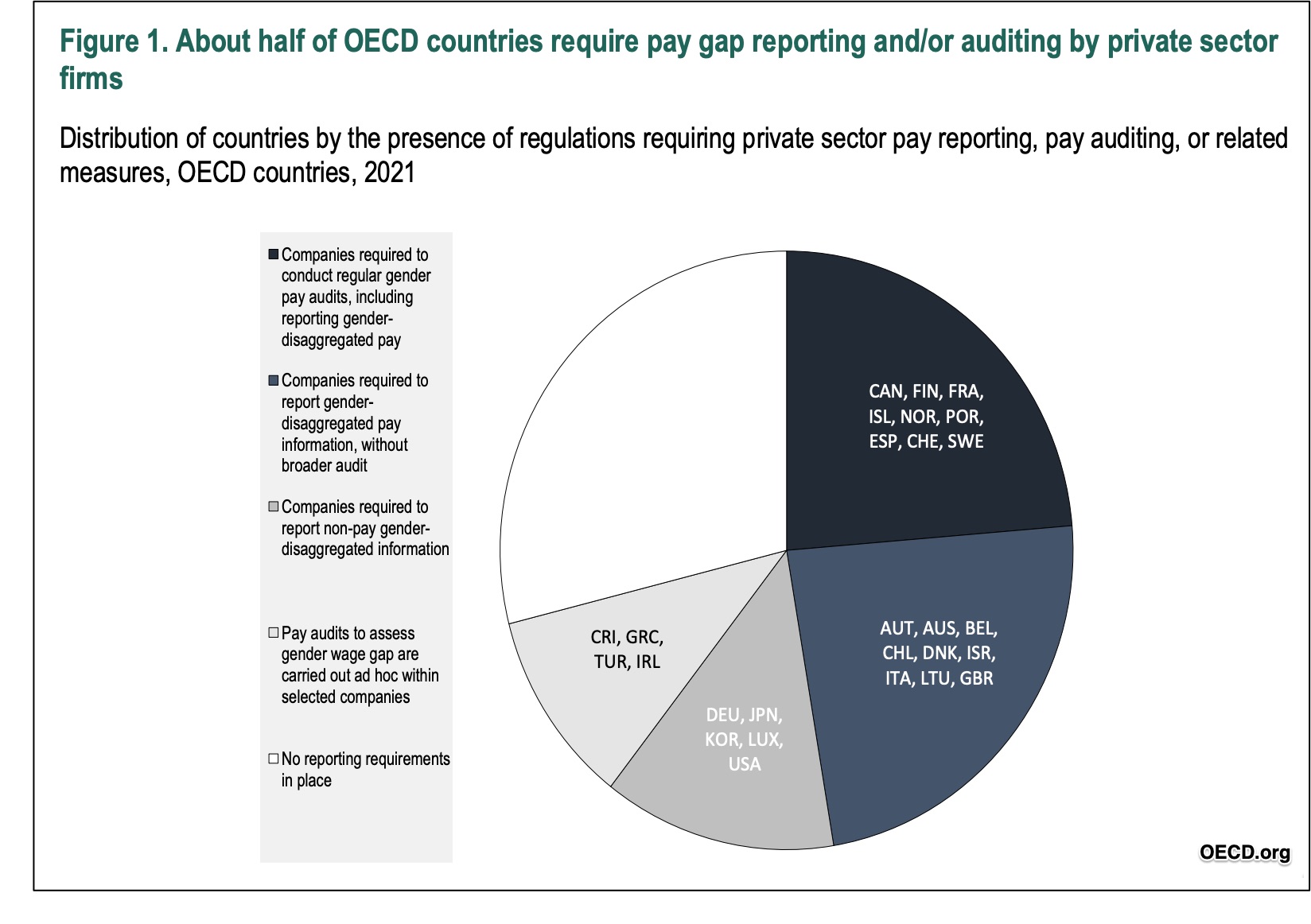 One word can summarize where gender gaps take us: Underutilization

My sources and more: This summary of Corinne Low’s research and her newest paper were today’s inspiration. Then, unable to figure out an entire post based on her work, I looked elsewhere to the OECD,  FT, and my favorite go-to fact site, Our World in Data. (Please note that most of “Our Bottom Line” was in a previous econlife post.)

The Countries With the Best and Worst Social Security Systems