What a Sports Team Will Cost You

Calculating the value of a team franchise, we could need nine zeros. 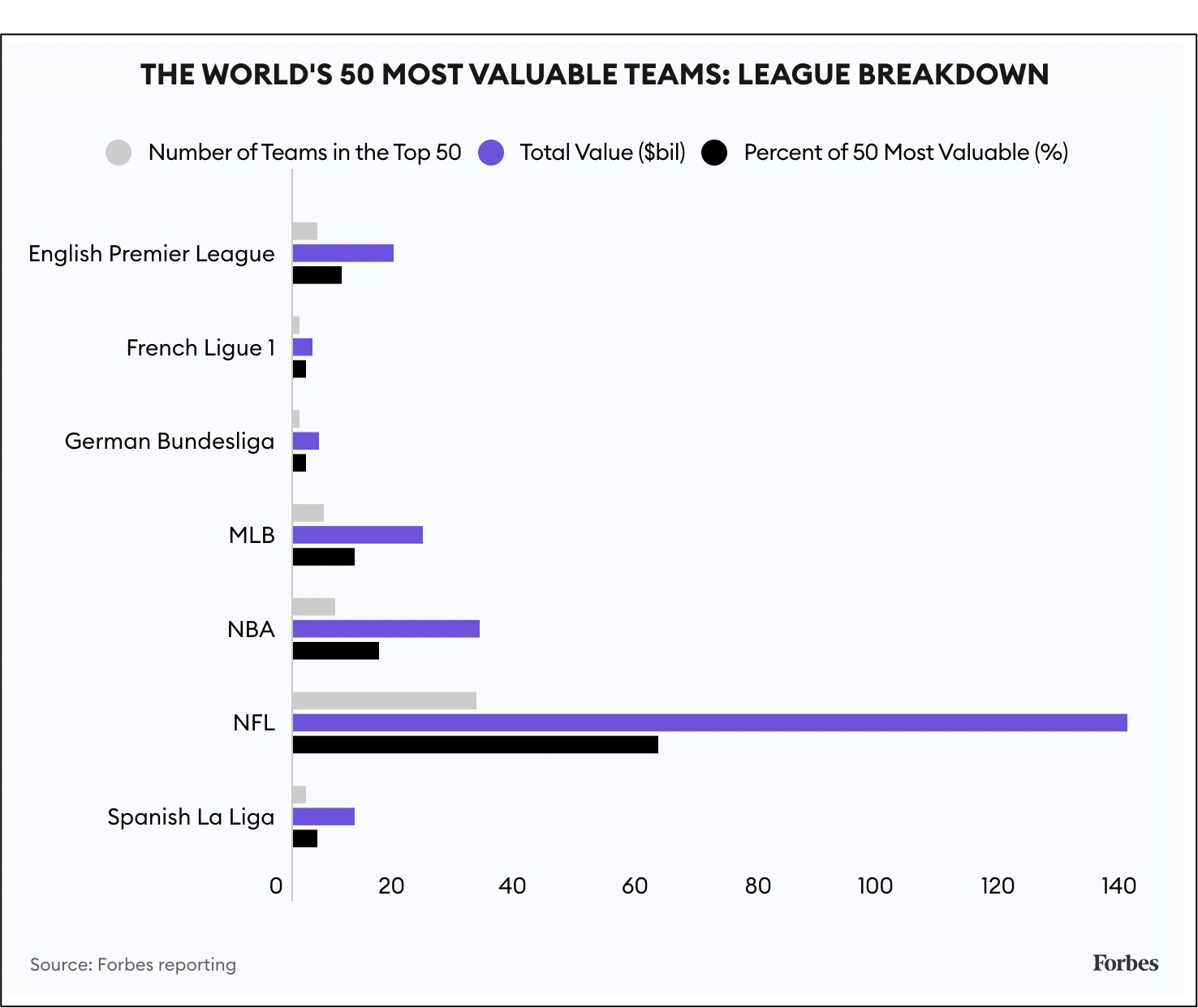 Asking why sports team prices are in the stratosphere, of course we can go directly to supply and demand. Some very rich people want to buy one of a fixed number of teams. Or, as a Stanford economics professor commented, ““The driver is the limited number of teams against growing wealth.” When you buy the franchise, you enter an exclusive “rich guy club.” But perhaps even more crucially, it is cool to own a team. (Reminds me of Thorstein Veblen and conspicuous consumption).

Then, we can list a slew of reasons. Billion dollar media deals are cited frequently. In addition, teams have a strong brand. They benefit from publicly supported stadiums.  They have auxiliary business deals that range from real estate to merchandise. And, to all of this, we can add monopoly power that lets some owners share revenue and cap salaries.

Still though, our long list of reasons for pricey teams returns me to where we began. It’s Thorstein Veblen and conspicuous consumption.

My sources and more: Thanks to Marginal Revolution for today’s inspiration. From there, two articles on team prices told me how much and why. Also, we should note that the Denver Broncos are primarily owned by Walton and Penner. Then, detailed by USA Today, Rice, Hobson, and Lewis Hamilton (not in the above picture) have a minority stake.

What a Price With a 99 Tells Us

Where Did Bitcoin Come From?