Where Did Bitcoin Come From?

In Bloomberg Businessweek, journalist ( and former lawyer and investment banker) Matt Levine wrote a 40,000 word series of articles on “The Crypto Story.” Happily, the articles have been recorded as a series of podcasts and I’ve been listening.

With unsettled cryptocurrency markets, I thought we could take look at parts of the series and beyond.

For Bitcoin’s earliest beginnings, we have to rewind to 2008 and the Satoshi Nakamoto white paper called “Bitcoin: A Peer to Peer Electronic Cash System.” Saying he (or she or they) invented an electronic system of digital cash, mystery person or people Satoshi Nakamoto was reputedly reacting to the 2008 financial crisis. The rationale for the new system was the need to avoid the central monetary authority that they said people no longer trusted. Consequently, his (or her or their) digital currency was based on a shared ledger. The white paper proclaimed the new currency depended on  “cryptographic proof instead of trust.” 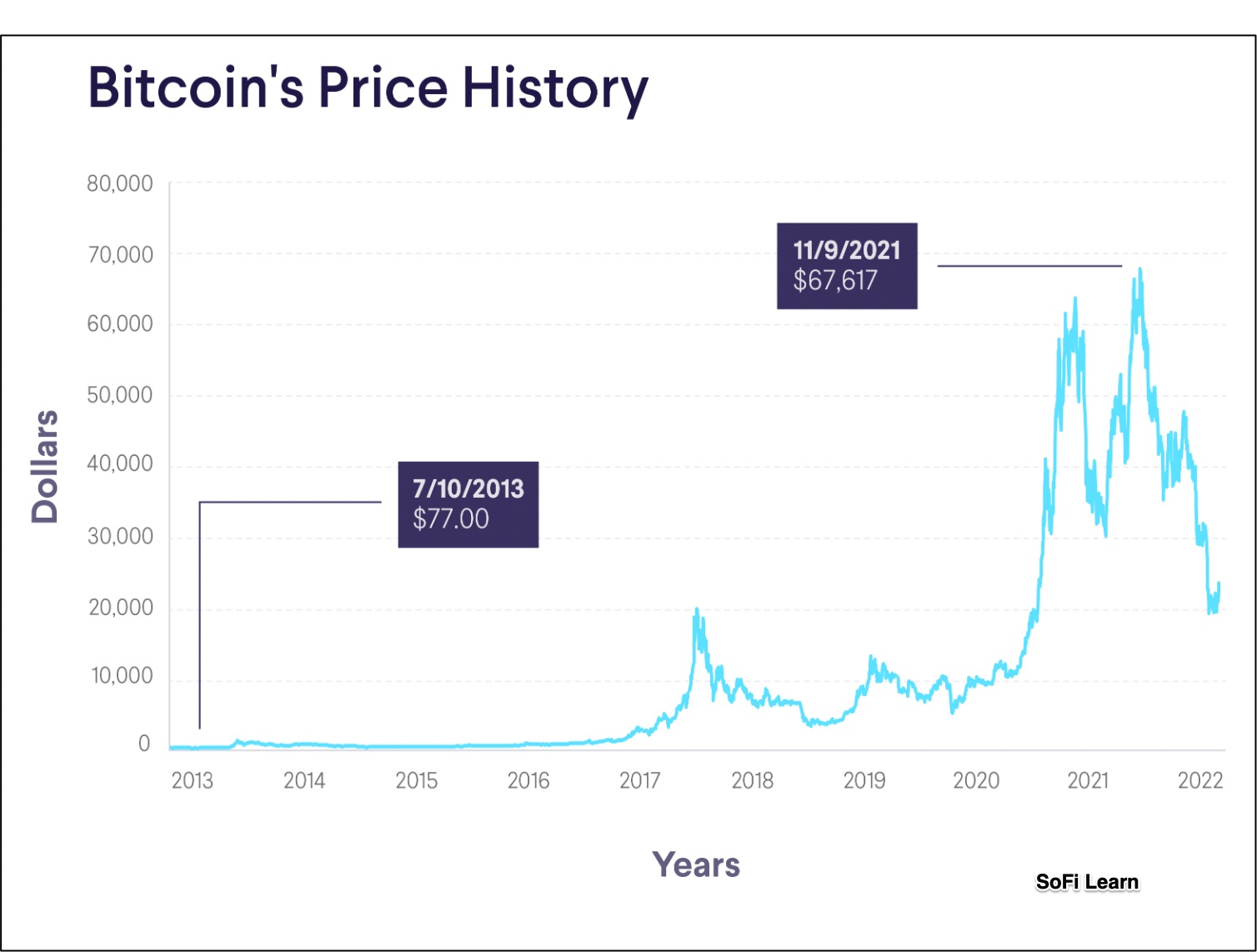 As the source of newly created Bitcoin, mining is a good place to start. Using resource intensive super-charged computer systems, mining requires the complex calculations that let the miner verify a block of transactions. While already I am not sure what this means, I do know that it involves billions of calculations that have been called a verification process that can result in new Bitcoin for the miner. The first group of transactions on January 3, 2009 started a blockchain.

The name blockchain gives us the first clue. It combines blocks of data with chains of transactions. Ordered chronologically, the entries in different computer databases are typically visible to everyone on that network. Different fom tradional databases, blockchain creates “chunks” or groups of information that fill up a “block.” When blocks connect, they form the blockchain. So, a Bitcoin blockchain is one network but there also are many that have nothing to with crypto. IBM created a blockchain prototype that enables food companies to trace the pathways folowed by their merchandise. In that way, for example, if there is a salmonella outbreak, they can more easily find its source.

Investopedia helped us to grasp blockchain through this graphic: 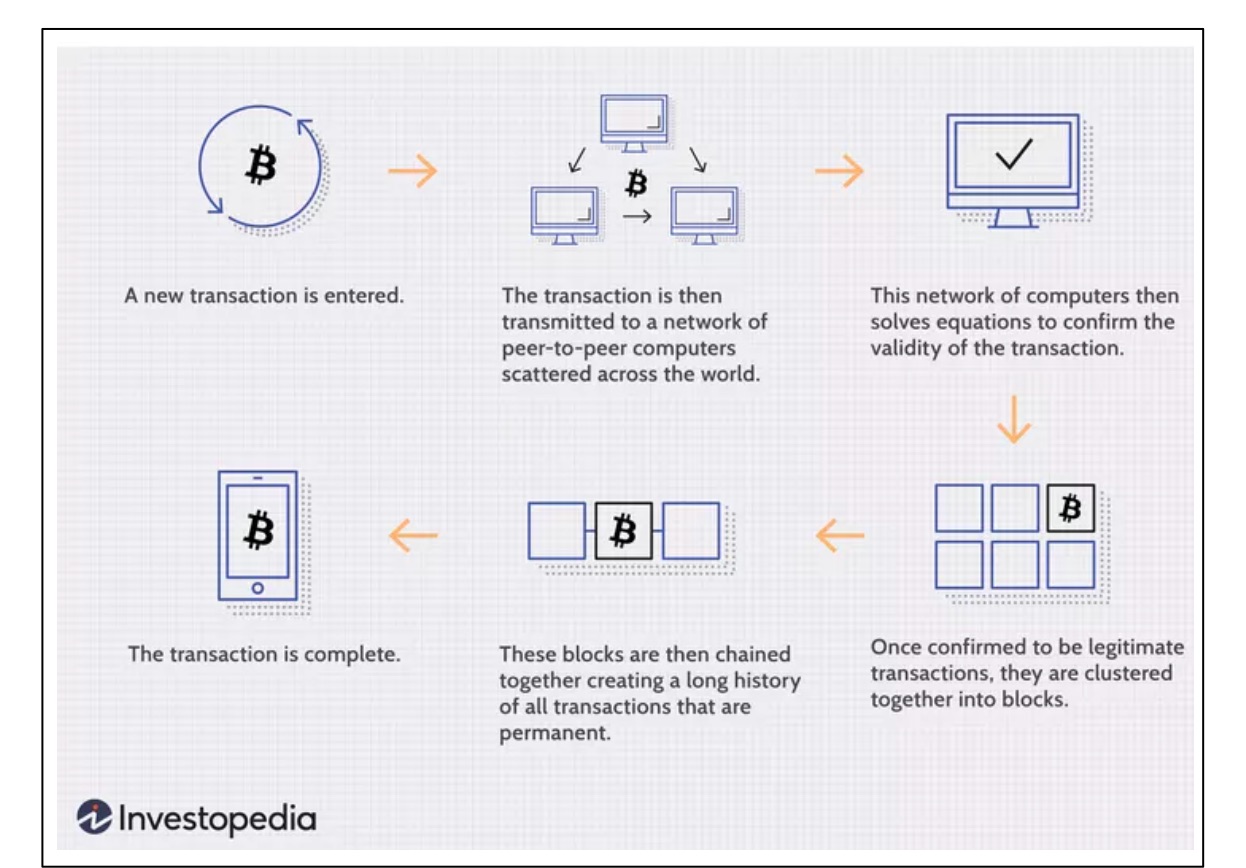 As I continue “Te Crypto Story,” I will share more. Right now, I have to re-listen to his explanation of the “hashing function.”

My sources and more: In addition to the Matt Levine series, I referred to several sofi explainers. Here, they gave a primer on mining while this article is about blockchain. Meanwhile, the Washington Post has some history, including Bitcoin’s dark side. And finally, this Bloomberg article has the summary for the Matt Levine series.

What a Sports Team Will Cost You