Economist Tim Harford suggests that we look at the rhythm of the news. Hourly financial headlines might tell us the current status of the Dow. A daily headline conveys where the Dow closed. And one that appears weekly reports a larger change over time. Depending on the time frame, the character of the news changes.

In a newspaper that published once every 55 years, the big news would relate to life expectancy.

A 2015 publication, that had its previous issue in 1960 would have told us that…

OUR LIFESPANS HAVE TAKEN A GIANT LEAP 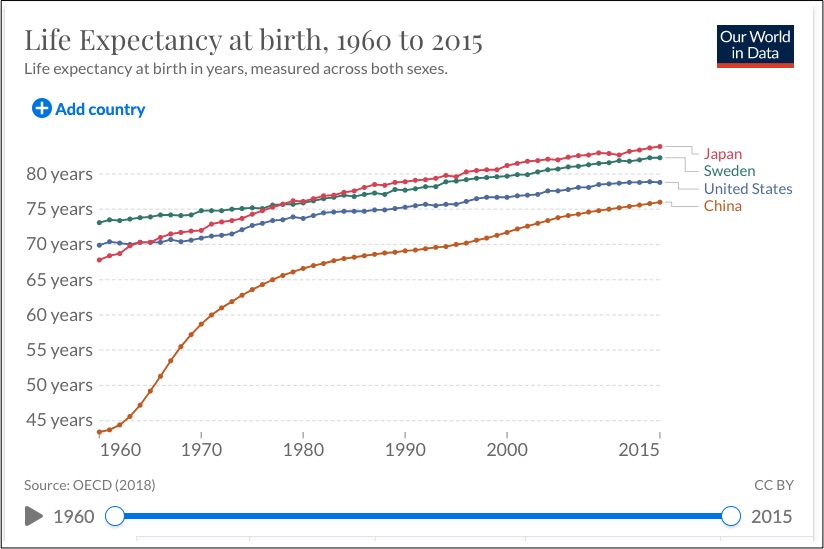 Meanwhile, looking at child mortality, we can see one statistical reason for China’s longer lifespan data: 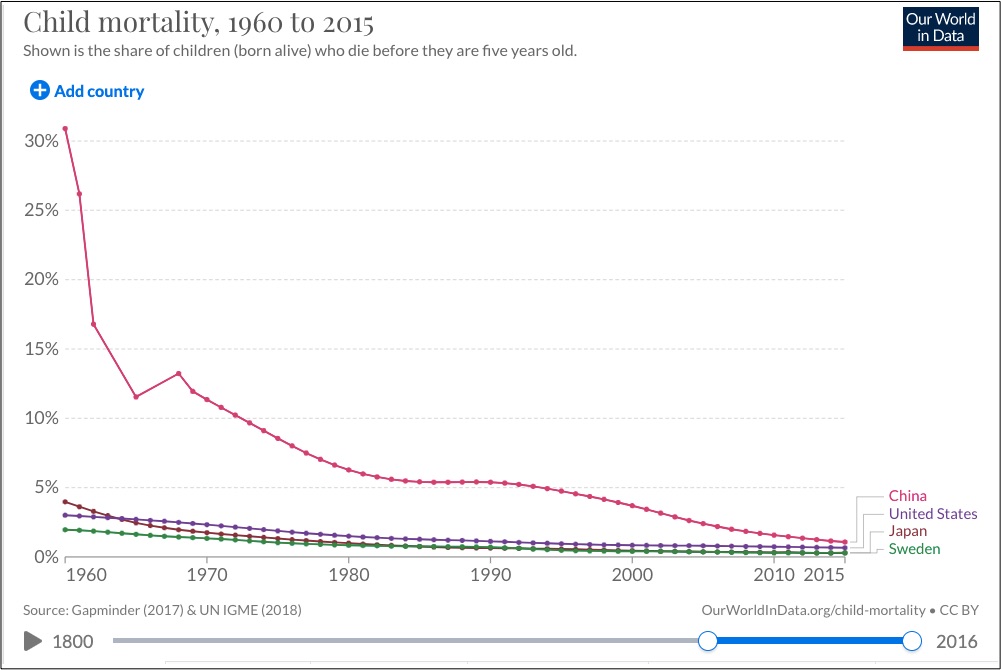 Asking more about why, writer Steven Johnson gave us some answers in Extra Life. I created a table from a list that he shared. You can see that vaccines and sanitation have saved billions of lives: 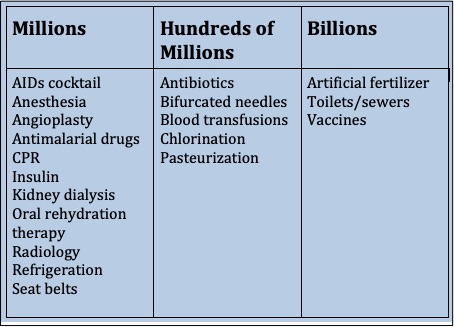 Yes, we are living longer and the trend should continue. So, as economists, we should ask about the cost. By 2035, in the U.S., Social Security and Medicare will have depleted their trust funds and had insufficient revenue to cover their obligations.

One rather simple solution could relate to the definition of “old.” As in the past, we could stick with one age. As a result, living longer, we spend more time being old: 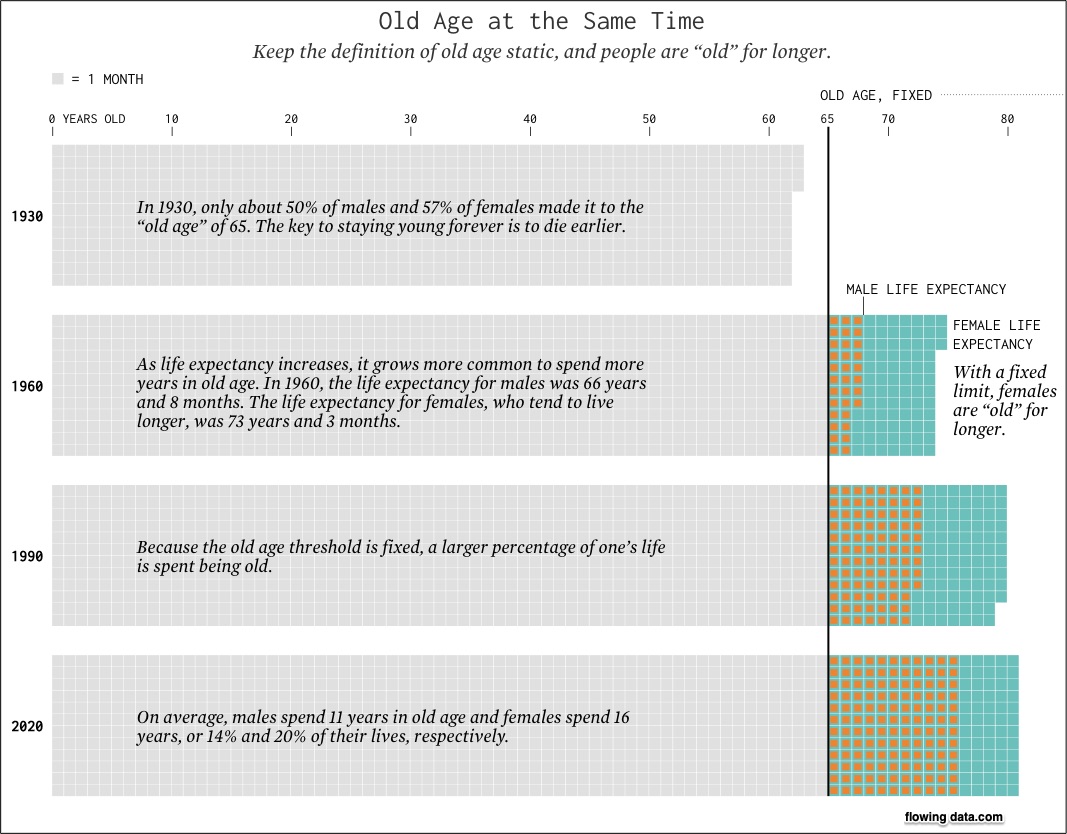 But instead, our yardstick could be based on years left to live. Then, shown by the following graphic, as our lifespans expand, our definition of old age shifts. Two scholars suggest we look backward by 15 years. For a lifespan of 83 years, old age would begin at 68: 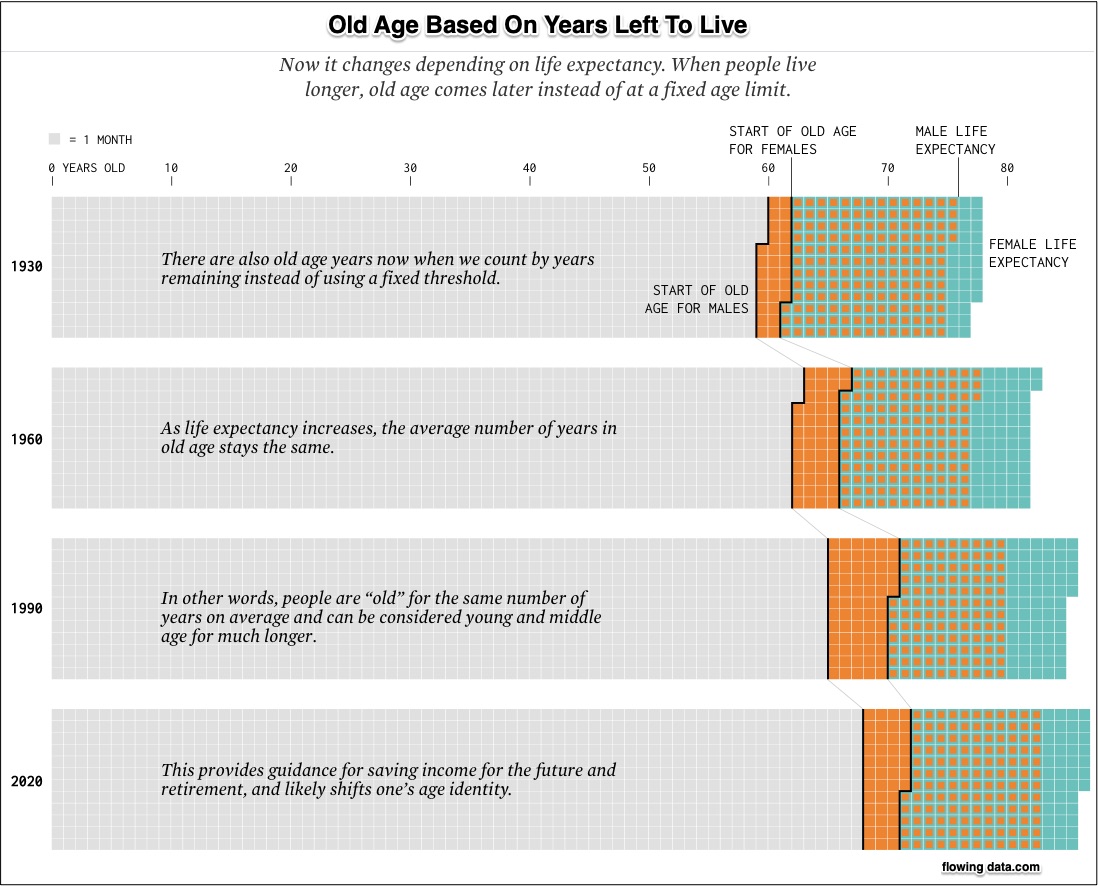 Returning to where we began with a headline every 55 years, Canada would report in 2076 that people can expect to live to 89.3. And using the 15 year metric, they don’t even start to get old until they are 74. Then, a second headline could say that Canada had reduced entitlement spending? 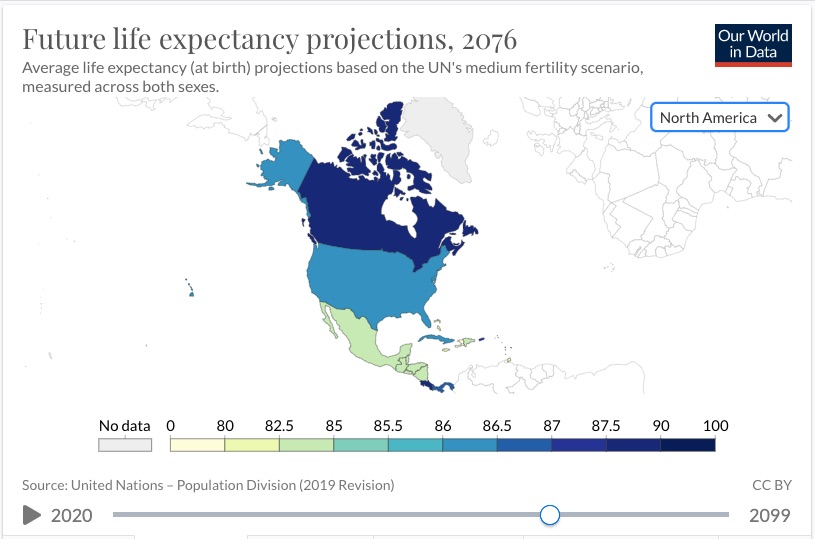 My sources and more: The inspiration for today’s post came from Steven Johnson’s Extra Life. From there, you might have some fun (as did I) by surfing among the graphs at Our World in Data and Flowingdata. Finally, do take a look at past posts where our old age perspective is slightly different, here and here.