Where Soda Pop Means More Than a Carbonated Drink

During my visits to the Midwest, I’ve always thought it unusual to be offered some pop. As someone from New Jersey, I drink soda.

It turns out that the different words we use are about more than linguistics. They can create an economic payoff.

When we survey the names people use for a sweetened carbonated beverage, it is mostly either pop, soda, or coke. Some used random words like bubbly water but they were the outliers. Taking us to the county level, the data base at Pop vs Soda, recorded that 95 percent of the respondents from my own Morris County, NJ said soda while just 8 used pop and (surprisingly) 20 said coke.

These were some numbers for the U.S.:

The following map so very clearly illustrates how regional words divide us: 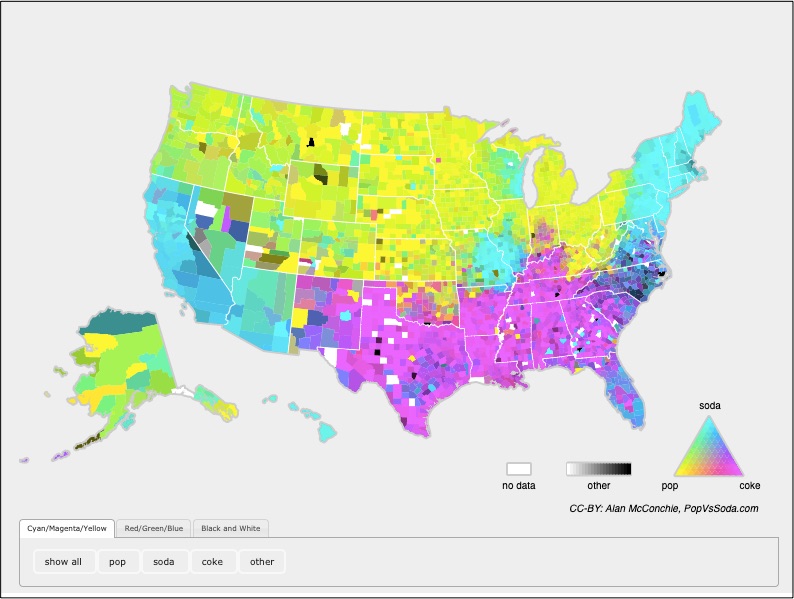 Taking us far beyond soda, graphic artist Joshua Katz mapped the results of linguistic surveys from approximately 20 years ago. He reminded me that not everyone says the second vowel in pajamas like father. Sometimes it sounds like jam: 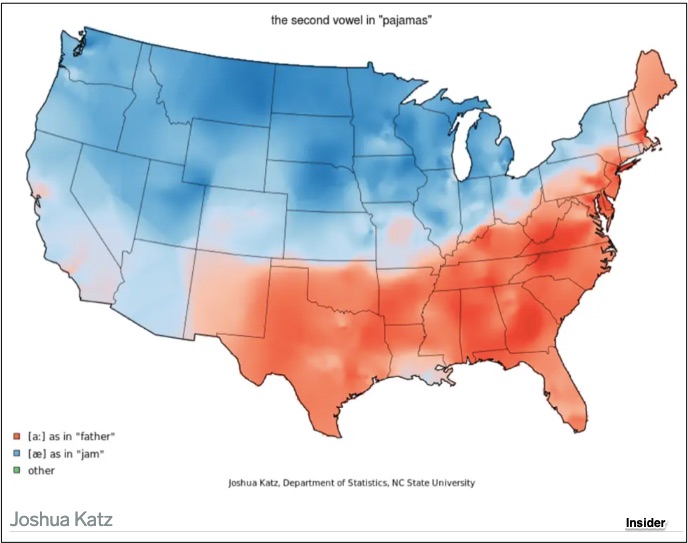 In New Jersey, we might be the only ones who enjoy pancakes and maple “sear-up:” 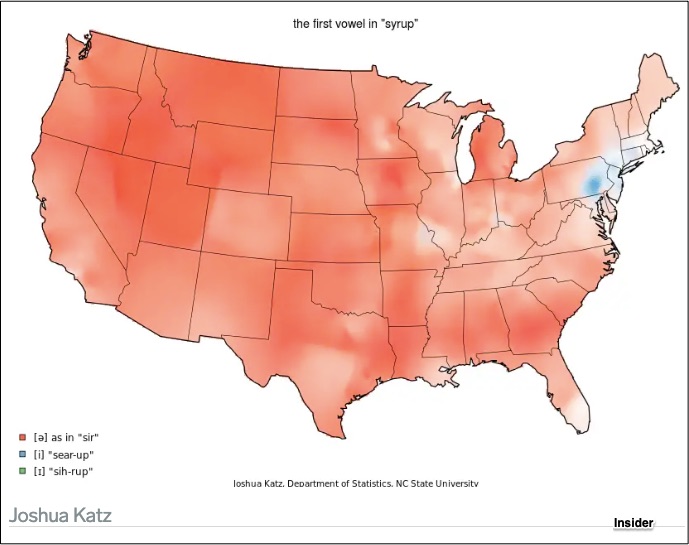 Our Bottom Line: The Economic Connection

Focusing on a region in Canada, a researcher asked, “Does It Matter How People Speak?” His answer was yes. He concluded that speaking similarly can have an economic payoff. When people hear others talk like them, they feel a cultural affinity and a common social identity. The result is a mutual trust that enables markets to function more efficiently through fewer transaction costs and disputes.

My sources and more: In a 2013 econlife post and then in 2016, we looked at Joshua Katz’s maps (based on data from linguists Bert Vaux and Scott Golder). These recent articles, from The Washington Post and Insider, and the Pop vs. Soda website, reminded me it was time for a reprise. Still so very economically and politically relevant, the cultural affinity created by a shared dialect was displayed in this paper. Similarly, this paper from an economics Nobel laureate also provides some clues about the benefits of a shared identity.