U.S. tax collectors need more money. No, they are not referring to corporate tax avoidance. Our tax collection agency– the IRS–needs more budget money so that it can properly do its job. Because of years of flat or declining allocations from the Congress, the IRS work force is down by 15 percent. The estimated impact is a yearly $1 trillion tax loss. However, through a massive technology overhaul and a customer service boost, the IRS predicts that added revenue will more than pay for its budget increase.

Our question though is how to judge the volume of tax evasion. It all depends on your lens.

When we look at global tax avoidance, we can ask its size. Although the following totals are from 2017 (2016 data) and exclusively based on corporate behavior, they remain timeless. By far, more than any other country, the U.S. loses the most corporate revenue: 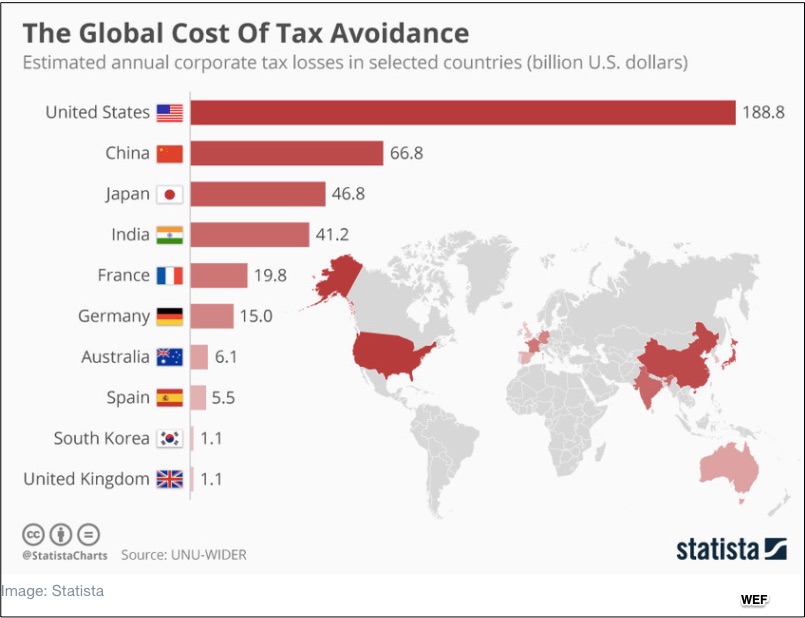 An amount though can be misleading. I always like to use the example of a home purchase. For most people a million dollar house is astronomically expensive. But to someone whose wealth is $10 million, it is not as high as it appears.

Similarly, the amount we sacrifice can be judged by our national wealth. Again, while the statistics are dated (2013), we can use them to display the larger impact of tax avoidance in lower income countries:

By contrast, the U.S. Congress was told that now we sacrifice an estimated $100 billion in corporate tax revenue annually. But, with the U.S. GDP at approximately $21.43 trillion, the amount is less than one half of one percent.

Meanwhile, you can also see that corporate taxes are not nearly the largest slice of tax revenue. The OECD average is close to 10 percent. For the U.S. it’s seven percent: 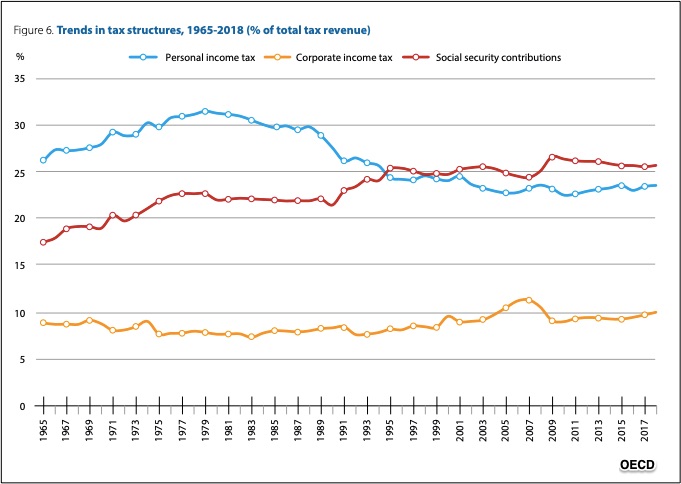 We could say that there is a spillover from inadequate IRS funding. Defined as the positive or negative impact on unrelated third parties, the spillover from the volume of tax revenue affects the entire federal budget. However, the size of the spillover depends on the lens through which you see it.

As a result, we can decide how much to be concerned about corporate tax avoidance.

My sources and more: President Biden’s IRS funding proposal started me thinking about tax collections. From there, the WEF (World Economic Forum) had the different lenses. Meanwhile, this OECD report and congressional testimony had up-to-date tax information. Finally, if you still want more, this econlife looked at individual tax evasion. (Our featured image is the IRS logo.)

How Head Start Connects to College