How to Rescue a Rhinoceros and a Coral Reef

Sudan, the earth’s last male northern white rhino, died during March 2018. At 45, he was unusually elderly for a rhino and suffering. During his final days, he was given bananas, each stuffed with 24 pain pills, his usual dose. 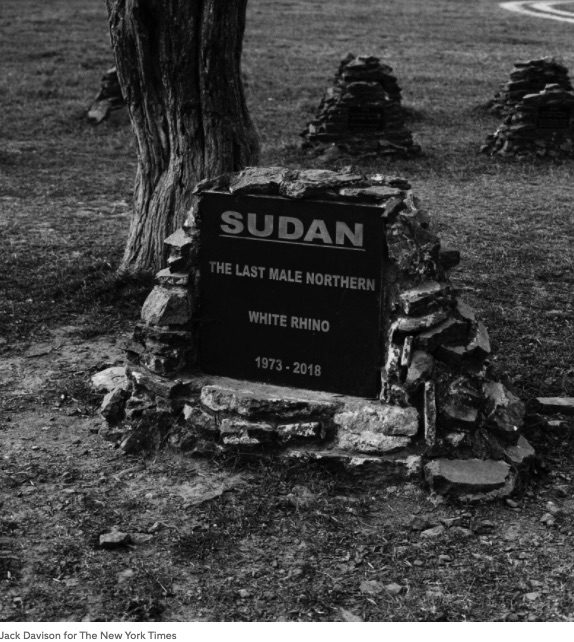 Nejin and Fatu, Sudan’s daughter and granddaughter, are the only remaining northern white rhinos. Protected from poachers, they live in a Kenyan wildlife conservancy. Their day starts with a caretaker’s morning “scratchdown,” continues with a roll in the mud, and unfolds until sunset when “the girls” are led to their pens. Recently, scientists extracted their eggs in an attempt to perpetuate the subspecies The goal is to fertilize the eggs with frozen sperm and then implant the embryo in a healthy southern white rhino.

These are the “girls.” 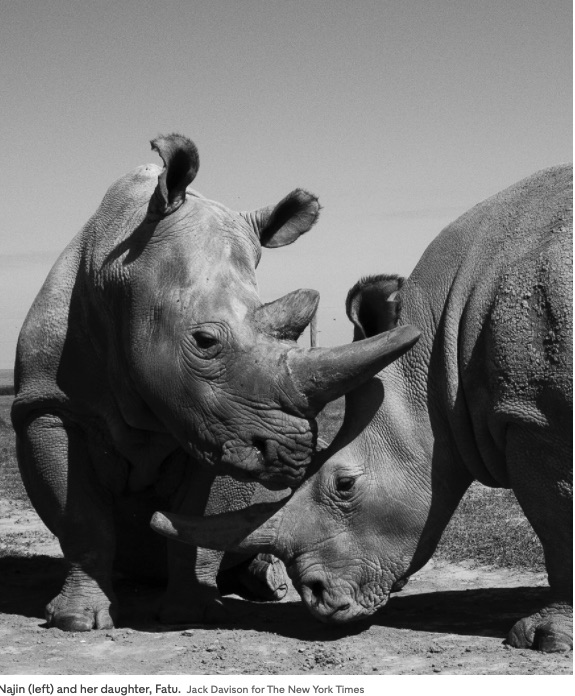 Where are we going? To how rhinos and coral reefs both have a better chance of surviving because of some clever capitalism.

To protect the black rhino, a bond could be the solution.

As an IOU, a bond represents a loan. For typical bonds, the payback and interest come from the revenue that is generated by a government or business. But the rhino bond tweaks the traditional format. Instead, it provides “outcome payments” that depend on whether there is less poaching and more babies. Targeting a 10% boost in the black rhino population for five years, the bond issue is supposed to raise $50 million for security guards and fences. Then, if the black rhino population grows, foundations and governments will fund the payout to bondholders.

This is how it works:

The first rhino impact bond sale was scheduled for the beginning of 2020. I could not discover if it actually happened.

The Mesoamerican coral reef just entered the world of finance. Through an innovative insurance product, Swiss Re said it could fund coral reef repair caused by a hurricane, pollution, or some other catastrophe. Because the reef helps carbon capture, prevents beach erosion, produces white sand, and attracts tourists, the opportunity to preserve it was an offer Mexican officials could not refuse.

On October 7, Hurricane Delta activated a claim after striking the coast of Quintana Roo, Mexico. An almost $800,000 payout was to be used to repair the damaged coral reef.

We could say that rhinos and coal reefs will be saved by a new kind of bond and an innovative insurance policy. While many of us care about sustainability projects, as incentives, these new financial products might be the extra boost that will make them happen. Whether it is bond investors or insurance companies, the chance to make some money and help an endangered species or a coral reef create a win win situation.

My sources and more: A NY Times Daily Podcast told about the northern white rhino sustainability project as did the NY Times Magazine. Then, these FT articles, here and here. and The Indicator described rhino impact bonds. For the Mexican coral reef, Swiss Re and Nature explained coral reef insurance basics.

Our featured image of Nejin and Fatu is from the NY Times.

What the Unemployment Rate Hides

How Covid-19 Changed Our Spending