How to Bond With a Rhino

The BBC tells us that during the day rhinos are grumpy but at night they get flirty:

Where are we going? To how finance could save the black rhino.

Rhino horns sell for astronomical amounts. With $100,000 price tags, the horns are status symbols in certain Asian nations. Carved or used as a medicinal powder, a rhino horn can make big money for a poacher. 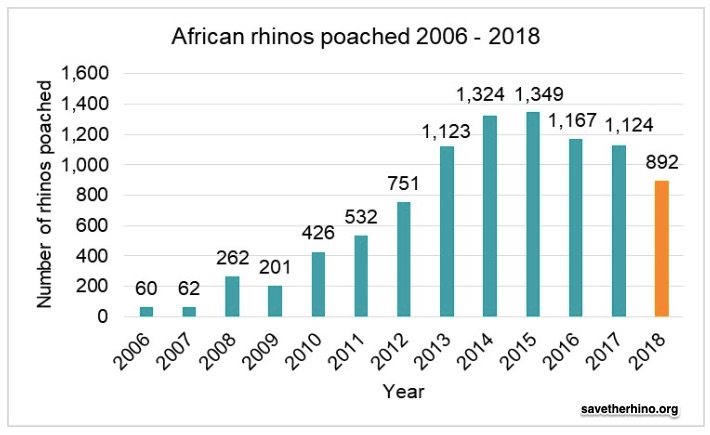 To protect the black rhino, a bond could be the solution.

As an IOU, a bond represents a loan. But here, the model tweaks the traditional format. For typical bonds, the payback and interest come from the revenue that is generated by a government or business. Instead here, we have an “outcome payments” model through which the bond’s return depends on whether there is less poaching and more babies. Targeting a 10% boost in the black rhino population during next five years, the bond issue is supposed to raise $50 million for security guards and fences. Then, if the black rhino population grows, foundations and governments are supposed to fund the payout to bondholders. If not, some of them get nothing. It depends on the bond that they purchased.

This is how it works: 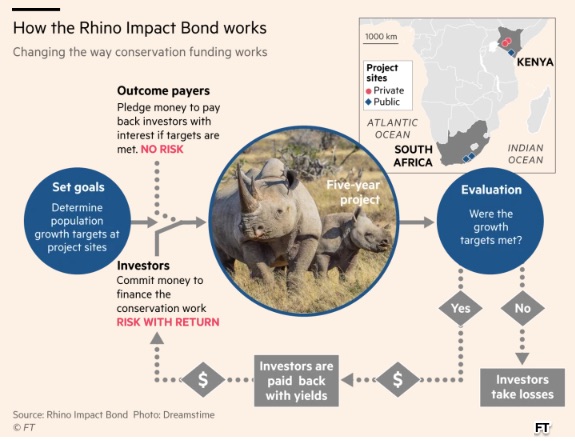 It could be win win since investors make some money and help a species survive.

My sources and more: Daily, I enjoy The Indicator’s look at a statistic. Their explanation of Rhino Bonds was one that I wanted to share. But it did need more detail from FT,  here and here. From there, for more about the horn, PBS had some facts.