There could be a work happiness tradeoff.

Based on metrics that include laughter, sadness, corruption and years of good health, OECD (Organization For Economic Cooperation and Development) countries received a 0 to 10 happiness score. When those scores were compared to the number of hours people work, we wound up with no definitive correlation.

But it is interesting to see what the graph looks like: 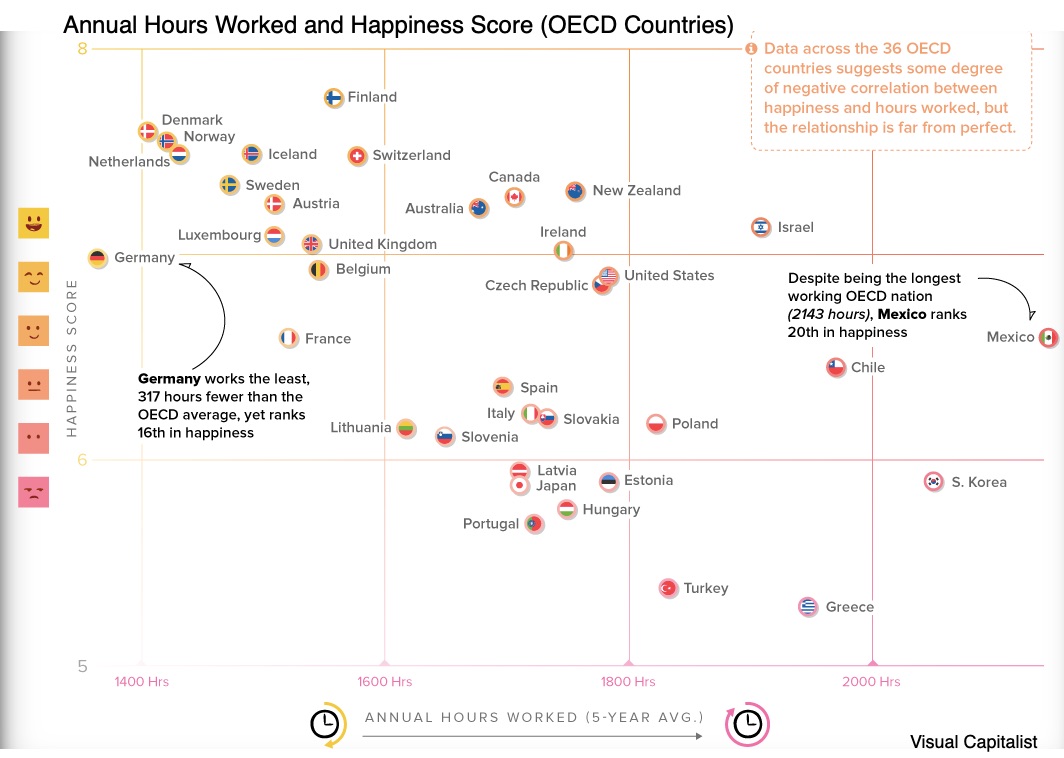 The connection between how much we work, our happiness, and our well-being is much more complicated.

The Impact of Working Fewer Hours

Two studies in Sweden provided some indication of how working less affected employees.

At one biotech firm, the owner reduced his 30 employees’ daily hours from eight to six while the pay remained the same. After a month, he switched the schedule back to normal because everyone was more harried. People had a tough time contacting unavailable associates when they needed them. Some stayed later to finish or left the work for their managers to complete.

In a much longer experiment, for approximately two years, 68 employees of a Gothenburg, Sweden nursing home earned full pay for fewer hours. Working five days a week, six hours a day, employees were less stressed, engaged in extra activities with the elderly residents, and called in sick less frequently. Here, the problem was money because the missed time added up to $1.3 million (12 million kronor) in pay for 17 extra employees. Yes, jobs were created that cut government unemployment expenses. However, there still was a shortfall.

We can also consider the environmental impact of a shorter workweek. We know that pollution levels dropped during COVID-19 lockdowns. Meanwhile, an earlier study concluded that a 1 percent decrease in working hours leads to an 0.8 percent decline in GHG emissions.

Another researcher looked at industry emissions through OECD data. From there he calculated the correlation between GHG emissions and fewer working hours. After a slew of equations and rather formal data, he finally told us that we had to become very lazy.

In this graph, his green lines displayed the whopping cutbacks that would sustainably reduce emissions (and decrease economic growth): 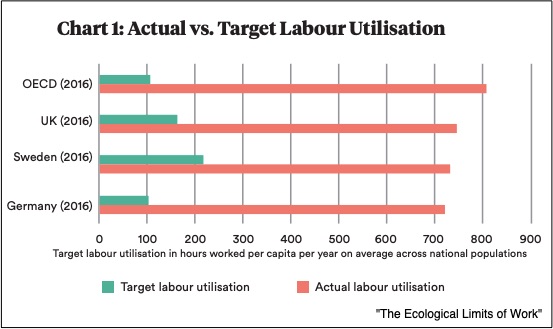 When we look at decreasing our working hours, there is only one sure thing. There is no free lunch. For us individually, for businesses, for countries, and for the world, there are tradeoffs.

So, we still need to prove that less is more…

And, that could depend on how long you work: 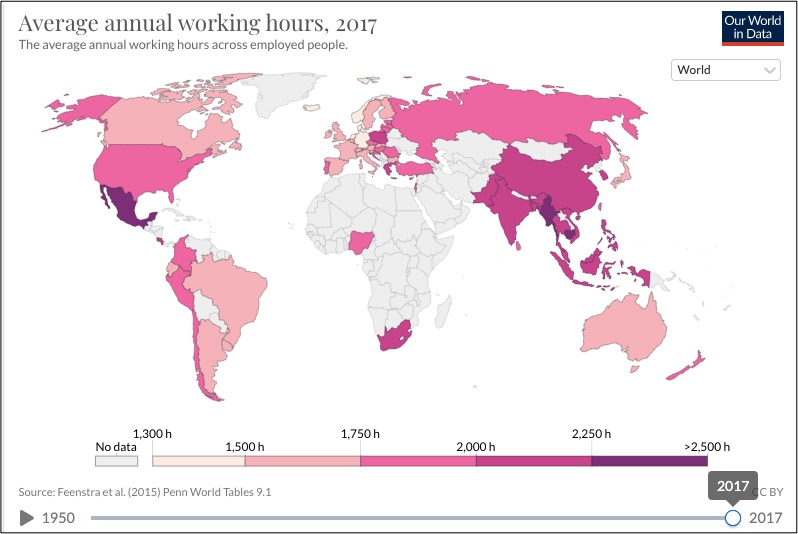 My sources and more: Yesterday, it all began for me with WSJ. and then WEF and a Henley report. But then, I recalled an Outside/In podcast and found this 2019 paper on the environment. Lastly, to complete the picture of the workweek, I returned to this econlife post.

Thanks to Scientific American for giving me the idea for my title.