Just like Alaskans have many words for snow, Bedford Industries has a lot of names for twist ties. There are spooled ties and poly twists, clip bands and double wire tin-ties. And that was only the beginning.

I copied some images of Bedford’s twist ties: 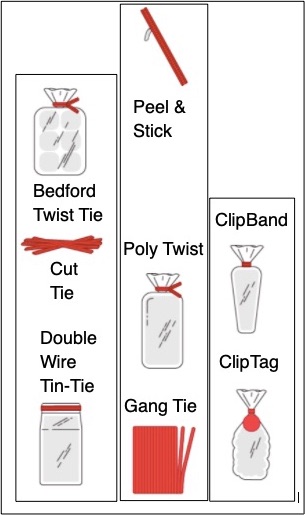 Perhaps though these twist ties are more familiar: 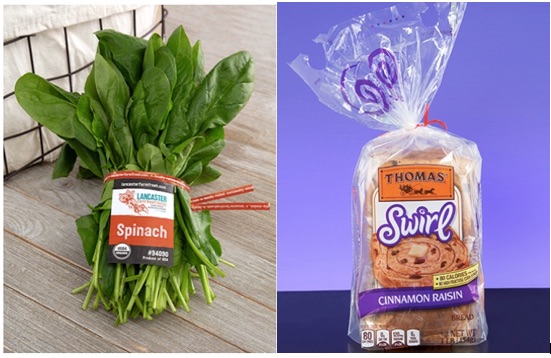 Where are we going? To why a twist tie maker is requesting protection from China.

Because imported twist ties from China are relatively cheap, the U.S. manufacturer of twist ties, Bedford Industries, is protesting. Let’s first look at a bit of history and then at the dispute.

After a turkey farmer in Minnesota saw a combination of paper and wire at a friend’s fishing cabin, he decided to devise a more resilient tie. So, he went home, experimented with some wire and plastic, and created the “Tie-Tite.” Now run by his grandson, Bedford Industries began in 1966 and the rest of the story is history. When you buy some bread, coffee, or a  coiled hose, it probably has a Bedford twist tie. If your face mask has a nose clip, it too could have come from Bedford.

Bedford Industries hopes to get a tariff that will elevate the price of imported Chinese twist ties. The reason? They claim that twist ties made in China have lower prices because manufacturers receive government subsidies and tax benefits. In addition, citing the 2019 decline in the value of the yuan, they say that China manipulated its currency to make its twist ties cheaper. (The IMF says that China’s yuan is “‘broadly in line’ with where it should be.”)

Along with quotas and tariffs, a subsidy can also be a trade barrier. Quotas create a maximum number of items that can enter a country while tariffs make those imports more expensive. In addition, subsidy payments from governments to domestic manufacturers make their items cheaper and more attractive than items made elsewhere. With the twisty tie case, a cheaper currency also helped to make China’s exports more competitive.

Requesting trade barriers, Bedford filed a suit with the U.S. government. The case against China is based on a new regulation that says a company can request protection if it has suffered from currency manipulation. I wonder also if they are claiming their business was hurt by unfair subsidies. Predictably, China disagreed with Bedford in a massive stack of documents that it filed with U.S. trade authorities.

They surely hope (as do I) that a double wire tin-tie will not have a tariff.

My sources and more: Increasingly more interesting for its quirky articles at the bottom of its front page, WSJ had the twist tie story. I also recommend taking a look at the Bedford website for more than you could ever want to know about twist ties.

Our featured image is from the Bedford Industries website.