But the story is somewhat different.

This year, we’ve purchased a lot more corn. Second only to tomatoes in dollar value, canned corn sales are up 47.6 percent when compared to last year: 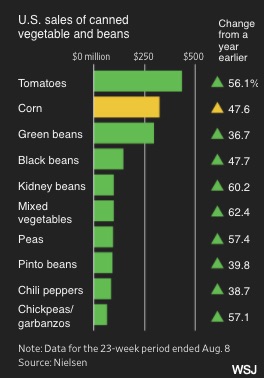 It appears that once lockdowns began and grocery shelves emptied, the frenzy intensified. We could not eat it all, so we hoarded at least a part of what we bought,

In the following graph, the yellow line with the April spike includes canned corn: 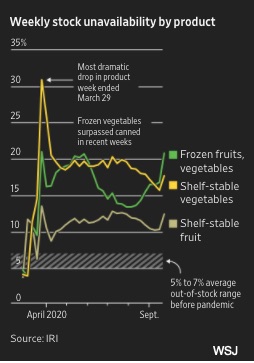 The logical response from the biggest processors, Del Monte and Green Giant, was to ask farmers to plant more. Here, there were several obstacles. For starters, the corn we eat, sweet corn, is a tiny part of the whole corn crop. So they did not have a lot of acreage to work with.

At 99.1 percent, the vast proportion of the corn crop goes to animals, industry, and our vehicles: 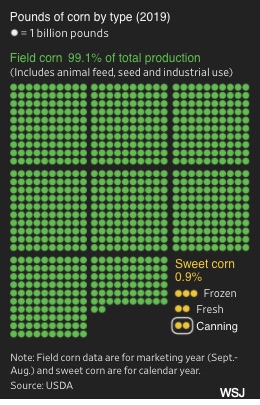 In addition, because corn is planted just once a year, farmers already had obligations for their fields. Faced with a similar glitch, other producers of hoarded items used substitutes. However, there was nothing else that Del Monte and Green Giant could put in the can.

Then, to top it all off, transport was also a constraint. Large and small truckers had been cutting their fleets during 2019. Now though, less supply was creating higher prices that other commodity makers were willing to pay. Because the long term contracts held by the corn canners locked in lower rates, the truckers delayed those shipments. Instead, they took the more lucrative items. 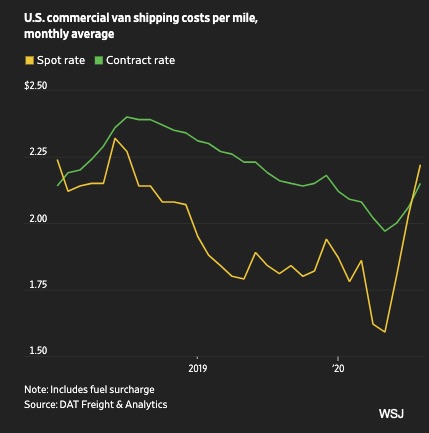 Given short notice, supply cannot stretch a lot. Called supply inelasticity, producers are constrained by their land, labor, and capital. For all three factors of production to increase within weeks is usually impossible. The quantity supplied responds minimally to more demand and even higher prices because in the short run, supply is inelastic. It takes time to add more land, labor, and capital.

I’ve copied this illustration of supply inelasticity from my textbook, Understanding Our Economy: 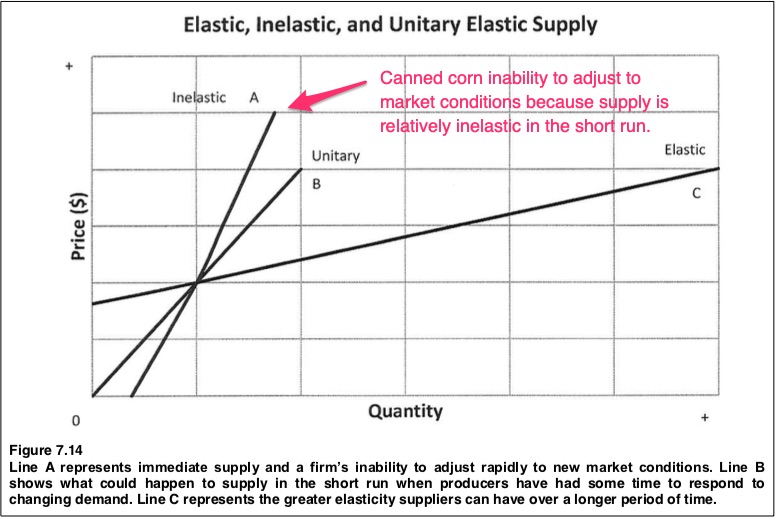 Next year, we can expect a 25 percent boost in canned corn production according to the Wall Street Journal. Because the supply elasticity for canned corn depends on time, it makes sense that we have had to wait for restocked shelves to reverse canned corn shortages.

Returning to where we began, we said that corn was different. Why? Because the canned corn supply is more inelastic than our toilet paper and hand sanitizer.

My sources and more: Yesterday, WSJ presented the many sides of the canned corn shortage. From there, I wanted to check the trucking facts in the article and wound up here.

Please note that parts of Our Bottom Line were in a previous econlifeepost. Our featured image is from WSJ.