The Economic Indicator That Coronavirus Can Create

With many factories and businesses closed during the Lunar New Year, China’s pollution levels usually drop.  Then, soon after, they climb.

The NASA headline said, “Airborne Nitrogen Dioxide Plummets Over China.” As the place where cars, heavy machinery, and electronics are made, Wuhan’s factories were pollution producers. Below comparing January and February, 2019 and 2020, you see less pollution.

The timing is before Lunar New Year, during, and after: 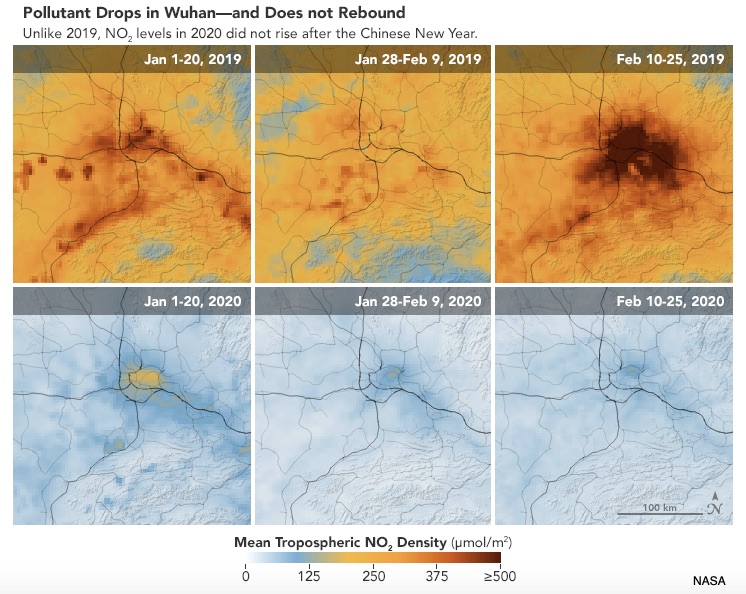 Correspondingly, China’s NO2 levels after the holiday are lower than previous years:

To constrain the spread of the virus, China closed many factories and established quarantined areas. Sick workers stayed home. Others needed caregivers for children not attending school. Lockdowns slowed transport of goods that were produced. And further compounding supply problems, intermediate parts were slow to arrive where they were needed. The result? Less manufacturing.

According to China’s Purchasing Managers’ Index, far below 50, manufacturing activity was not expanding: 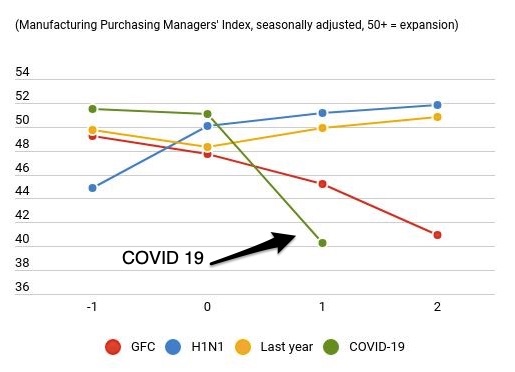 Producing less, they are transporting less: 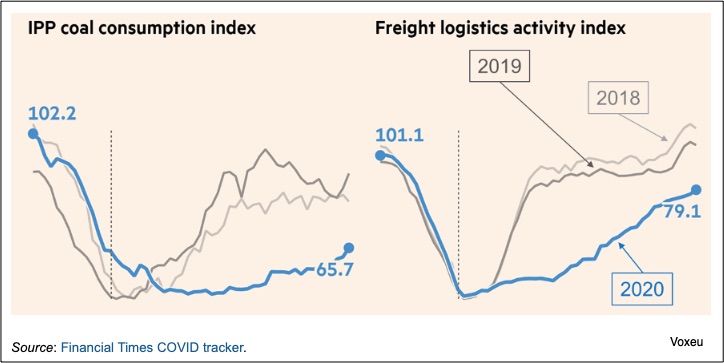 So where are we? We wind up with an economic indicator. Air pollution can be a yardstick of Chinese manufacturing activity.

An economic indicator can tell us about the future, the past, and now.

So too is pollution.

My sources and more: This NASA website shows the decrease in airborne pollutants from coronavirus. Next, for more analysis, WSJ and Voxeu are possibilities.