What Unusual Economic Indicators Are Telling Us

Reminding us that the Phillies are in the World Series, WSJ suggests that we hold on to our wallets

A victory could be an economic indicator

It all began when the Philadelphia Athletics (now in Oakland) were the World Series champs in 1929. Jusat two weeks after they won the last game on October 14, the market crashed. Next, 51 years later, as a debilitating stagflation began in 1980, the Phillies won their first World Series. Then, as we all know, the next big financial upset came in 2008. And yes, the Phillies won for a second time.

One financial guru tweeted, “The Astros Must Save the American economy.”

The MUI (Men’s Underwear Index) went down considerably during the Great Recession and then reversed in 2010. Said to have been monitored by former Fed Chair Alan Greenspan, the MUI mirrors underwear purchases, As Geenspan explained, “Your children need clothes. Your wife needs clothes. You need clothes on the outside.”

Also, we could monitor construction. Reflecting overindulgent spending, extravagent skyscraper projects typically conclude before an economic plunge. The Empire State Building was finished in 1930 while we associate the completion of the Sears Tower (now Willis Tower) and the World Trade Center’s twin towers with 1970s stagflation.

Meanwhile there are fewer shark attacks during recessions–maybe because of fewer vacatioons?

More formally followed, for the U.S. economy, the leading indicator metric predicts the ups and downs of business activity during the next several months. When we look at the components of the Conference Board’s Leading Economic Index (LEI), we would find a list that includes new building permits, the S&P 500 stock index, and average hours worked in manufacturing.

Reported on October 20, 2022, a July LEI decrease suggests the U.S. economy will decline: 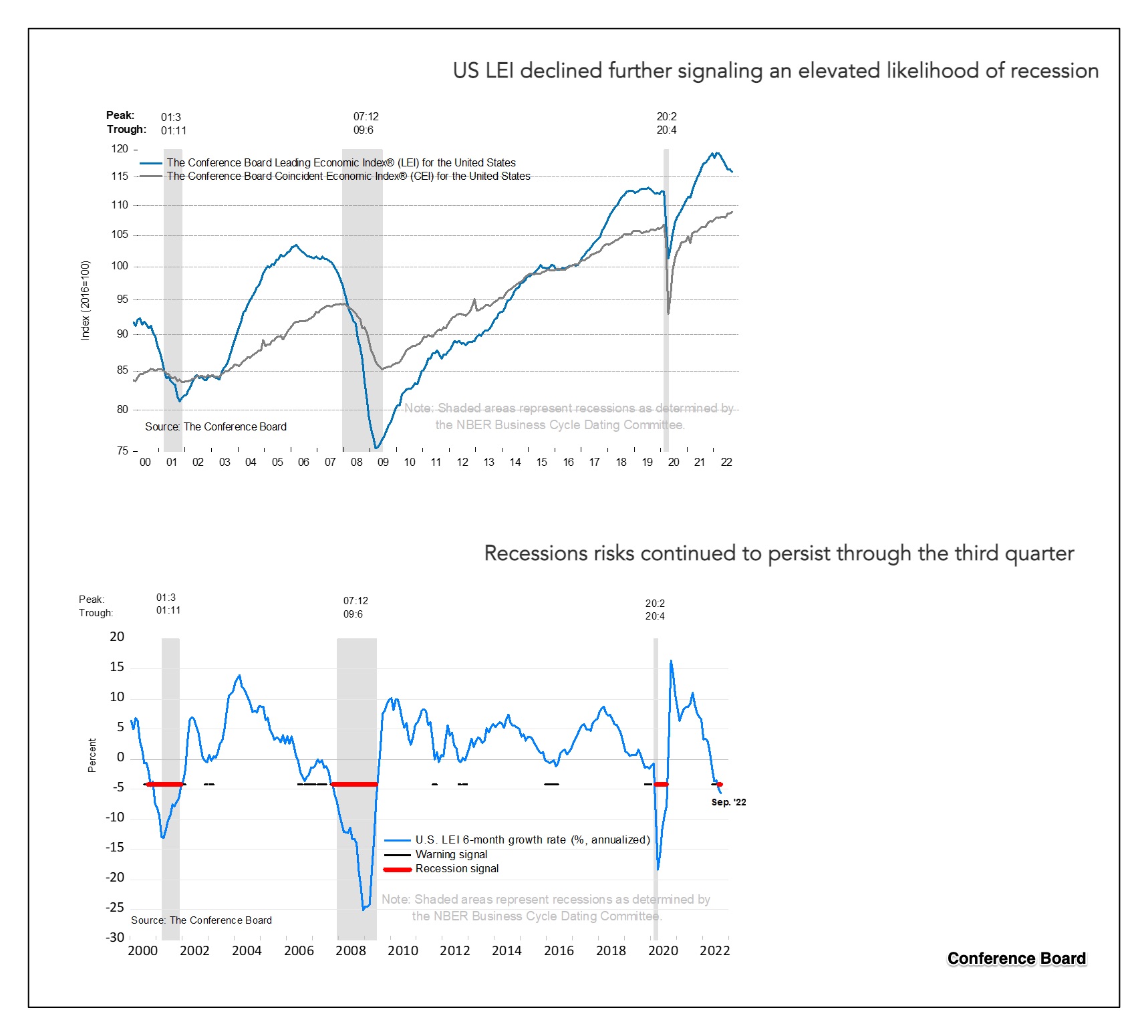 We could call the MUI a leading indicator.

My sources and more: Thanks to WSJ for the Phillies indicator article. Then, recalling the MUI, I looked for the details and found CNN’s descritpion,. Also, at econlife, reflecting urban construction, we looked at a “crane index.”