The Mystery of the VW That Didn’t Come Clean

Our story starts with some very happy environmental advocates. Because the VW diesel was polluting less in the U.S., they could finally force European vehicles to an equally high standard.

In 2012, a senior fellow at the International Council on Clean Transportation was going to take the results of U.S. emissions tests back to Europe. He just wanted VW in Europe to do what they had achieved for the U.S. However, when he did some of his own tests, the results did not quite made sense. So he did more and again the VW emissions rates were as much as 35 times what they should have been.

He soon figured out that the reason was a defeat device.

VW had illegal software that kicked in when a car was being tested in the lab. It knew to produce better results than the car actually emitted. The device took the car temporarily into a “low emissions” mode.

Thinking at the margin, we could say the mystery of the extra emissions was solved. Now though the story gets more interesting.

A Study is Born

Unknowingly, VW had created the ideal emissions impact experiment. In some places Volkswagens were giving off far more pollution than was allowed. And, in other neighborhoods, residents with gasoline cars were breathing cleaner air. Comparing the two, scientists could see the emissions impact on a series of health metrics for a variety of socioeconomic groups because elite buyers gravitated toward the VW diesel.

Subsequent testing revealed that the VW diesel–known as a clean green car–could have been emitting as much as 150 times the nitrogen oxide as equivalent gasoline cars. Its impact on all socioeconomic groups from a 10 percent increase in pollution was a 1.9 percent increase in the low birth weight rate and an 8.0 percent rise in asthma.

You can see that the West Coast and Northeast had the biggest concentrations of cheating cars: 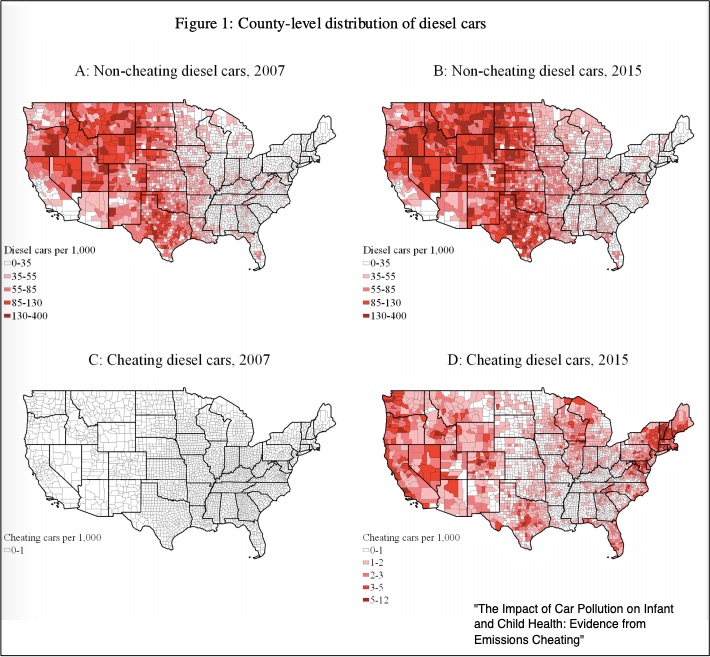 Those cars had a statistically significant impact on air quality: 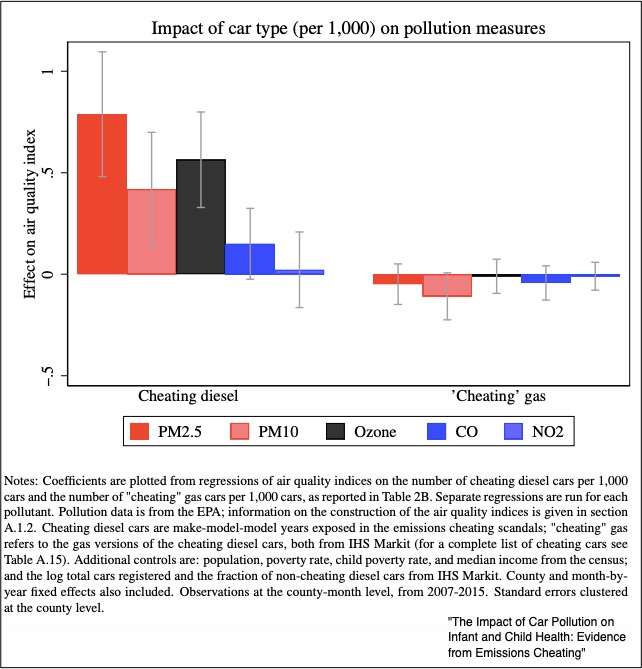 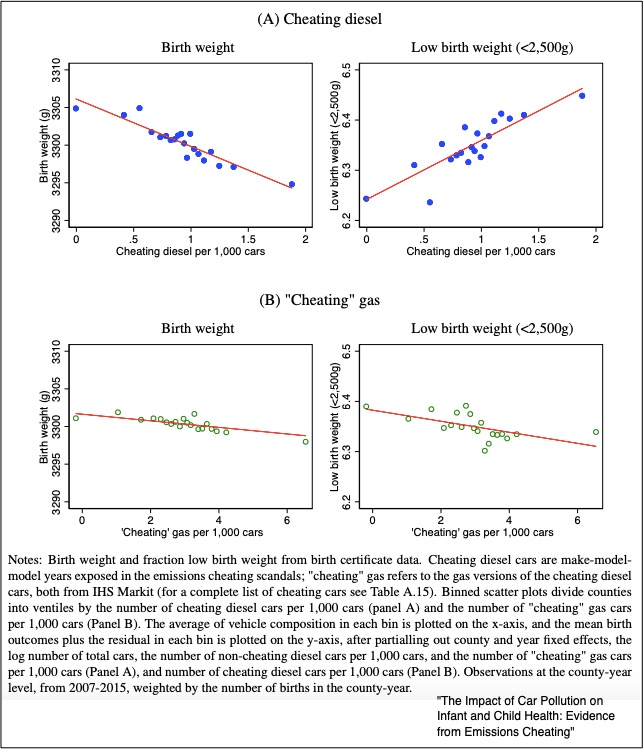 Environmental regulation is all about regulators, consumers, and carmakers thinking at the margin. While each group has its own cost/benefit considerations, all have to decide how much is acceptable. The regulators contemplate “how much” when they make the law and then enforce it. Consumer choice enters the picture at the auto dealer. And then, we have the manufacturers dealing with the image of their cars in an increasingly environmentally aware world and their profit margins as well.

It all does return us to how an economist can become a detective. When the margins don’t make sense, we investigate.

My sources and more: Today’s idea started with an Economics Detective podcast and one of my more interesting daily four-mile walks. From there, this paper and this FT article had the detail.

Our featured image is by renehesse from Pixabay.

The Two Best Ways to Keep Your New Year's Resolutions