The Red and Blue States That Like The Same Halloween Candy

Let’s take a look again this year at the Halloween sweets we prefer as a country and then what certain states like.

Where are we going? To where consumers spend their holiday money.

CandyStore says their worst list reflected sources that included BusinessInsider, Buzzfeed, and their own surveys. Still, they wound up with the same list as last year: 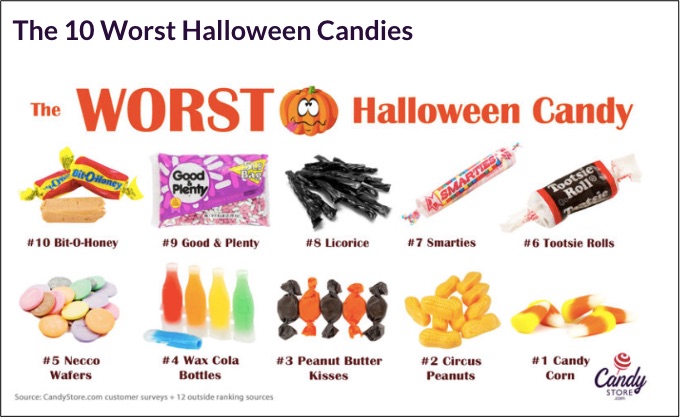 Among U.S. states, happily, we are do not have a red state blue state divide. These are only some of the examples where Red and Blue have the same #1 candy pick:

For economists, Halloween spending is about more than candy. It also takes us to the consumption component of the GDP. While consumption has been estimated at 70 percent of the GDP, not all economists agree. But whatever the exact proportion,  we can assume that it represents a large slice of the GDP. 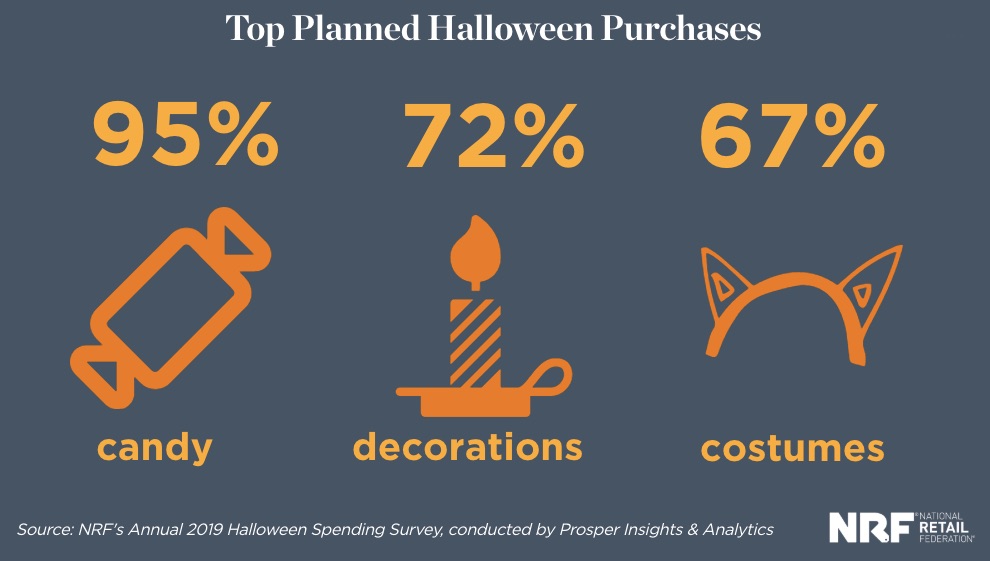 Out of the $86.27 that the average Halloween shopper spends, close to $25 will go to candy. I guess we are spending a lot on Skittles.

My sources and more: For my top ten candy lists, it was the most fun to see each state’s candy preference at CandyStore.com and to ponder the broader significance. Then, I checked the National Retail Federation website for more facts than you need to know about Halloween. And finally, Worldpopulationreview had a list of red and blue states.