What the Corporate Ladder Says About Gender Equity

More women are asked to do office housework. They tend to put a mug in the office dishwasher and to take notes at meetings. They circulate birthday cards and book meeting rooms. Some though are starting to ask if a “male version of me” would offer to do the same task.

At work, many women are still perceived differently from men.

Let’s start by seeing where women work. Yes, it’s health care, education, and personal care. But also, since 1970, male dominated occupations like business, finance, and the law now have more of a female presence. So we could say that gender equity among professions is shifting:

Gender Equity on the Corporate Ladder

However, gender equity at the management level is still rather meager. You can see the numbers descend. The pyramid drops from 45 to 37 to 27 percent at each rung of the corporate ladder: 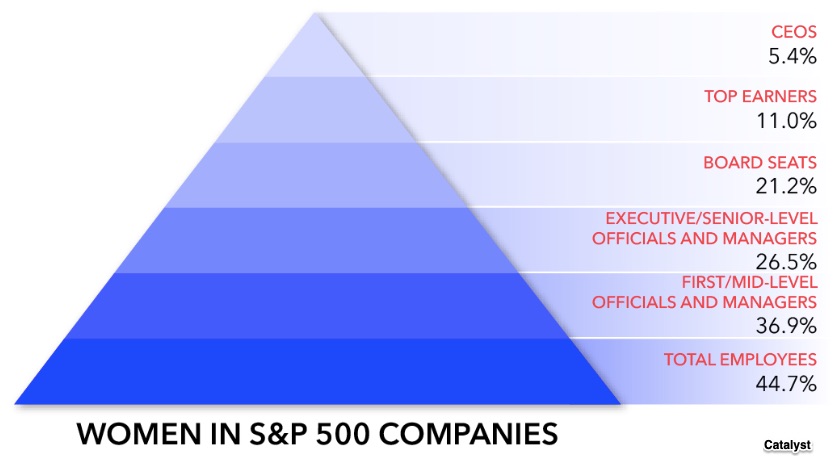 A new “Women in the Workplace” report tells a similar story. Data gathered from 329 companies shows that white men become increasingly dominant at each rung of the corporate ladder:

Asking why, McKinsey concluded that women are falling behind sooner than we think. They say that the first rung of the corporate ladder is higher for a woman than a man. Depending on your gender, the big reasons vary. The women believe they are judged by a different standard whereas the men say there are too few women: 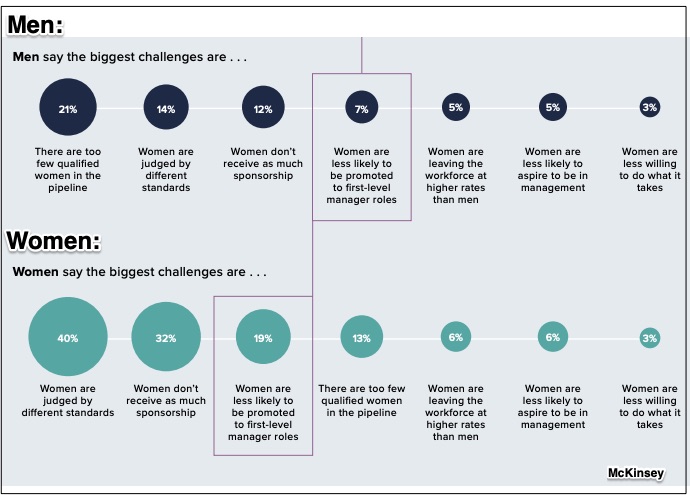 The Top of the Ladder

The good news is that there are more women in the C-suite than four years ago. Including the CEO and CFO, the C-suite refers to managers at the top of a corporation: 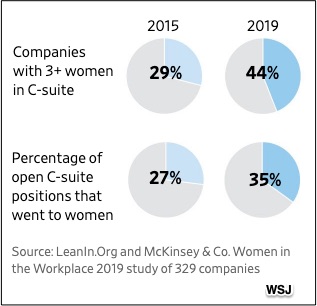 Perceived as the talent we develop and the talent we use, female human capital is underutilized in the corporate world at every level.

My sources and more: Thanks to WSJ for alerting me to the McKinsey Lean In Report and providing the overview. From there, for gender equity issues, it’s always handy to go to Catalyst and the Institute for Women’s Policy Research.

What We Buy When We Are Single

The City That Has to Keep Its Garbage