Last year, we took a look at Medicare through six facts about its future. Now let’s complete the picture with its current status.

During 1965, President Lyndon Johnson called Wilbur Mills, chairman of the House Ways and Means Committee, and said, “Wilbur, I’ve just been looking through the polls here, and I’ve only got a few weaknesses, and the worst of them is that I’m not doing anything for the old folks. I need some help from you.”

The result? Congress passes Medicare Parts A and B and since then we’ve gotten Parts C and D. Oversimplifying a complicated program, let’s just say that Medicare funds hospital and home healthcare primarily for the aged who receive Social Security and also for the disabled. Part A covers everyone’s hospital related care while Parts B and D require a premium for doctor visits and prescription support, and could also involve supplemental insurance. Lastly, Part C is called Medicare Advantage and mostly available through private insurers.

Between April 2018 and March 2019, the number of Medicare enrollees rose by more than one million: 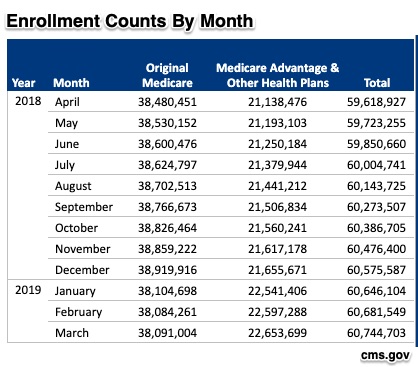 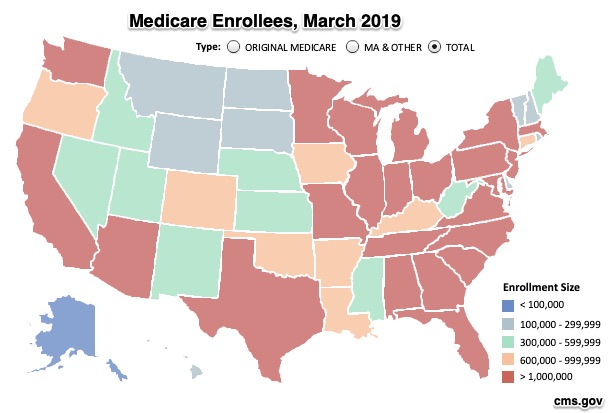 Part C’s Medicare Advantage is an alternative that enrollees can select instead of Parts A and B. Part C participants receive their benefits from private insurers and other health insurance plans. Eliminating a slew of facts, we can just say that Medicare Advantage is much less expensive than traditional Medicare and has extra coverage. Also though, the Part C plans have a more limited physician network and certain benefits need prior authorization. 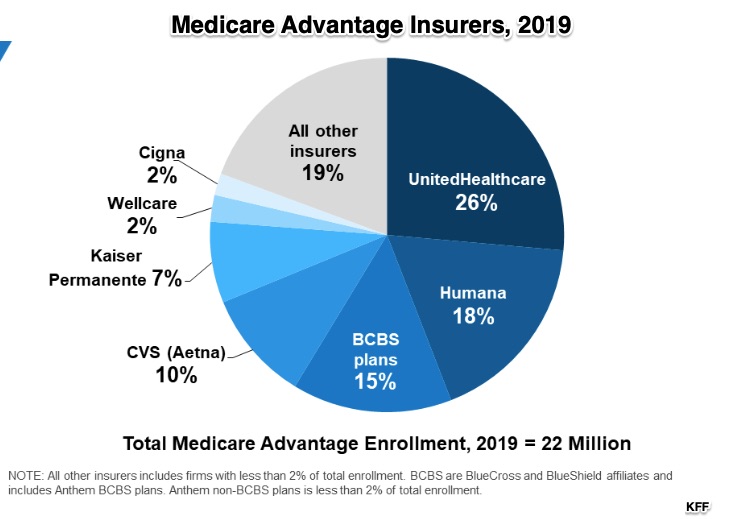 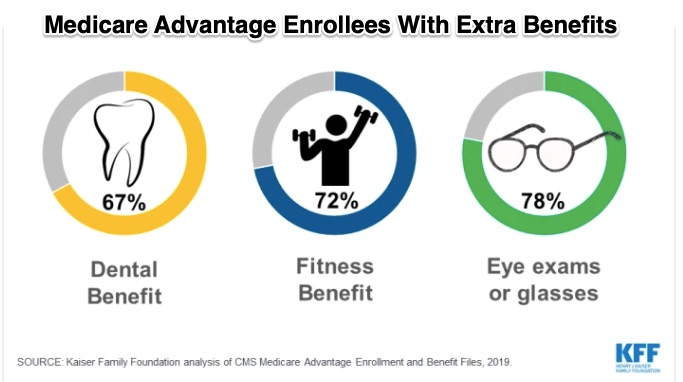 An increasingly larger proportion of enrollees are selecting Medicare Advantage:

5. The political response to Medicare varies. 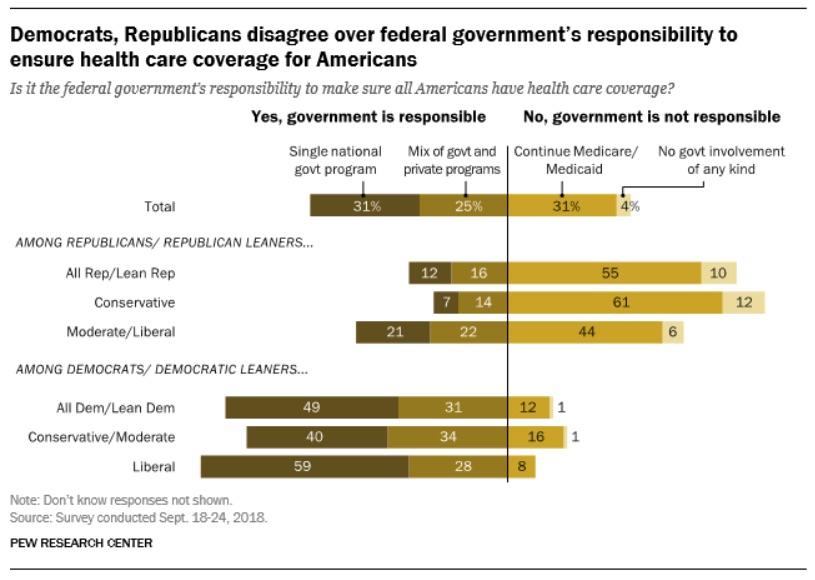 6. And yet, the response to government-supported healthcare varies.

Approval depended on what was asked:

Rather than popularity, Medicare’s big problem is cost.

On the revenue side, Medicare has two funds. The trust funds grow whenever revenue from payroll taxes, premiums, and interest exceed spending while money is withdrawn if revenue is inadequate. The extra money? It is invested in U.S. government securities that pay interest.

In 2026 one of Medicare’s two trust funds will be depleted. Since the fund will no longer be there to cover shortfalls, revenue will cover 89% of the program’s estimated expenditures. In the 2017 Medicare Trustees’ Report they thought the depletion date would be 2029. Now, the outlook is worse. From 2032 onward, projections suggest that Medicare will dip into the federal budget for 49% of its funds.

My sources and more: Dry and long, the Trustees 2019 Report is chock full of facts. However,  Kaiser and the New England Journal of Medicine (3 free articles) had all the details that we skipped and the Congressional Research Service had a Medicare primer. Then, as the last piece of the Medicare puzzle,  Pew’s survey was ideal as well CNN‘s discussion of Medicare For All.

Several sections from today were in a past econlife post.