The Congressional Budget Office took a look at the impact of a minimum wage hike to $10, $12, or $15 an hour by 2025. Since their conclusions present the numbers, let’s first look at real people.

In 2014, Sea-Tac, Washington was the first place in the country that paid workers a $15 per hour minimum. At approximately the same time politicians in nearby Seattle had a similar idea. After pulling together local labor and business leaders, they worked out a phase-in plan. Larger businesses had a 2017 deadline while smaller establishments had until this year to reach the $15 minimum.

As Seattle’s minimum wage climbed gradually to $15, the number of busboys at restaurants declined. Restaurants also were hiring dishwashers who had washed dishes elsewhere. From day 1, someone needed to know how to use the equipment. No business wanted to spend the money training its lowest paid workers when the wage was $15 an hour.

At the same time, child care businesses were responding to a $13 minimum wage. Before the increase, hourly wages had averaged $12.82 for teachers and $10.67 for assistants. Once wages rose, businesses responded by employing fewer workers, lowering the hours they worked, and/or raising tuition. Each alternative affected the quality of care for the children and the ability of lower income families to absorb the increase.

It has been more than 10 years since the Congress raised the federal minimum wage. Currently at $7.25, a minimum wage hike to $15, $12, or $10 would impact employment and income. But even economists don’t agree on how much.

This is where we are now: 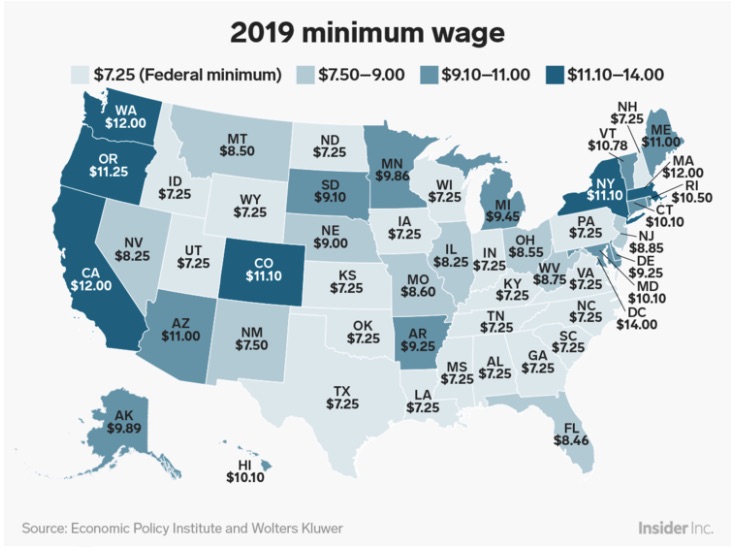 Some states have already upped their minimums: 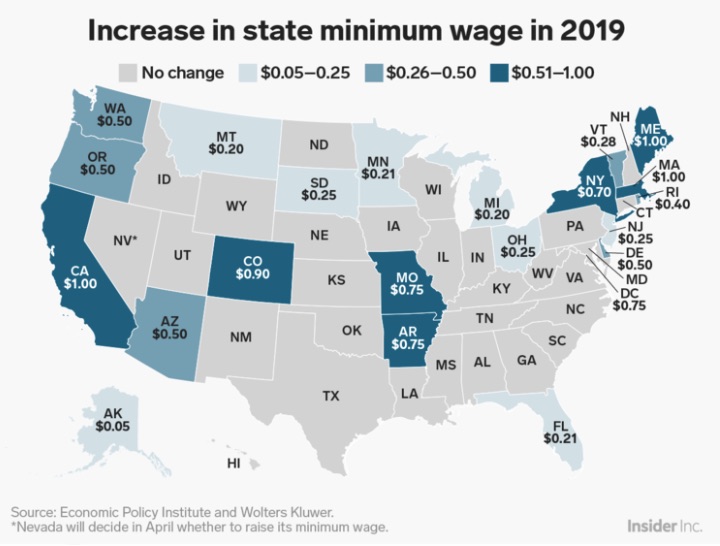 This is the estimated Impact of a federal mandated boost:

Two groups would earn more. The 17 million workers who were taking home less than $15 would feel the wage boost. Meanwhile, the 10 million workers earning slightly more would also get an earnings increase. Job losses though could be as much as 3.7 million or as little as zero. No one is sure.

A minimum wage hike to $12 would have less of an impact. This time, we have 5 million individuals, who, taking home less than $12, would take home more. Also, the 6 million workers earning slightly above $12 would get an earnings boost. The job loss tradeoff, though, could range from zero to .8 million workers.  Again, no one was sure. 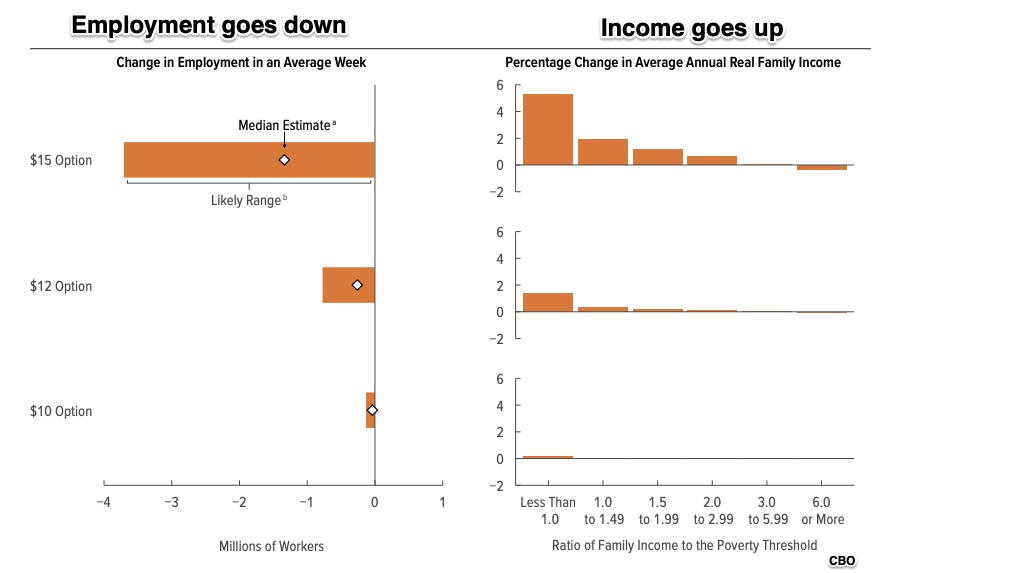 You can see that younger workers, females, and individuals with less education would be impacted the most by a higher minimum wage: 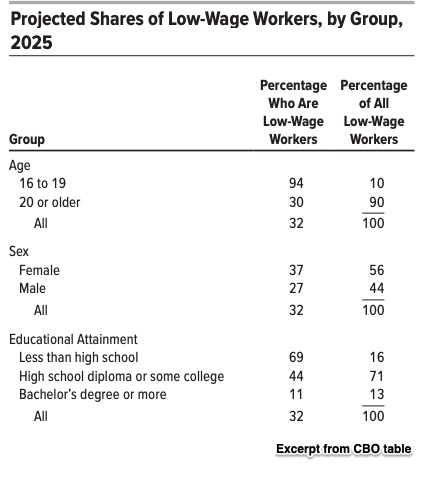 Putting all of the estimates together, as a nation, we could wind up with more unemployment, lower business income, and higher prices. It all could add up to slight declines in our national output and capital stock.

Still though, the graph and the CBO report are only the beginning. Looking at Seattle, we can see that real people are a bit more unpredictable:

My sources and more: For the estimated overall impact, this  CBO report was ideal while the specifics came from the University of Washington minimum wage studies and this paper on which part of the summary is based.

Sections of today’s post came from a previous econlife on the minimum wage. Our featured image is from Pixabay.

How the Location of Creative Talent is Changing