Should We Charge Electric Cars?

Roads are a good deal.

For just 18.4 cents a gallon, each time we fill up our gas tanks, we help to pay for the nation’s highways and mass transit. However, the 18.4 cents that we send to the Highway Trust Fund (HTF), was selected in 1993. To have the same spending power today, it would need to be 32 cents. In addition, more fuel efficient cars, electric vehicles, and less driving has limited what the HTF receives.

You can see why they are trying to figure out how to get more. In 2008, when spending began to exceed revenue, the HTF started getting transfers from the U.S. Treasury’s general fund. But still, the HTF is projected to hit zero in 2021: 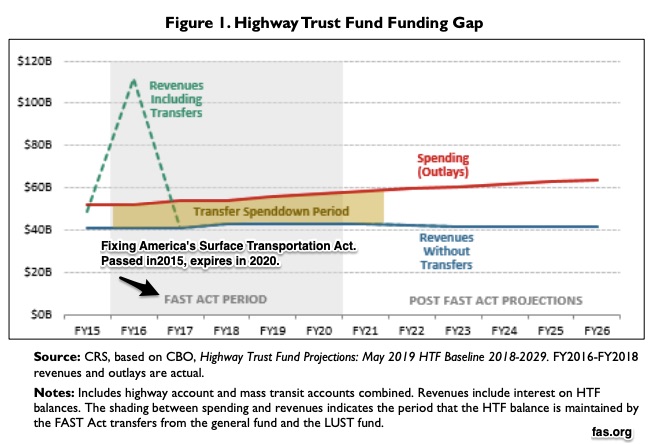 The solution? An Oregon experiment might have the answer but not without creating some tradeoffs.

In 2015, Oregon initiated a voluntary pay-by-the-mile tax. (In 1919, Oregon was also the first state to charge a fuel tax.) Called OReGO, the program was voluntary. People who signed up got an electronic gadget that tracked their mileage. Now at 1.7 cents a mile, the total amount you paid depended on whether your car was entirely electric or a hybrid. It was easy for 100% electric vehicles because they only had to calculate mileage. Meanwhile, hybrid owners also had to figure out how much fuel they used. Then, their pump taxes were deducted from the mileage tax.

These are the states that would pay the most and least (per person) from Vehicle Miles Traveled (VMT): 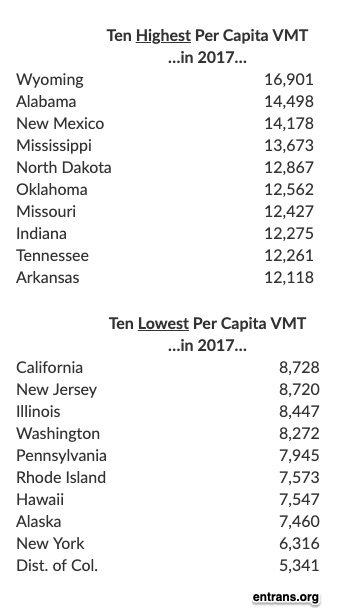 Our Bottom Line: The Tradeoff

Some might start by expressing concern that the tax is regressive. Defined as a tax where the affluent pay a lower proportion of their income than those who earn less, regressive taxes are typically based on one amount that everyone pays such as a tax on a tank of gas. Then, that tax is compared to your income to see if it is regressive. Next, again looking at amounts, others might point out that electric vehicles owners will pay more tax dollars and worry that the higher amount could diminish EV sales. Then also we have a privacy problem.

Seeing perhaps what they would lose from a pay-by-the-mile tax, Oregon did not expand their program. Instead, their newest budget includes gas, payroll, bicycle, and DMV taxes.

My sources and more: Thanks to the Atlantic’s City Lab for alerting me to the charging dilemmas and then to NPR for its description of the Oregon experiment. The perfect complement, this Congressional Research report had the Highway Trust Fund update. And here, we have a summary of per capita VMTs.

Our featured image in from Reuters via the Atlantic.

Why Avocados Have Become a Luxury Item