Why We All Need the Same Time

Before November 18, 1883, different towns and cities and villages–anyone–could decide the time. You can imagine how tough it was to create a train schedule. I assume that passengers could have a 10:30 arrival time at one destination and 10:28 for the next one.

So the railroads decided to tell us what time it was. They drew four (sort of) vertical lines. State boundaries did not matter. Economic connections did. When it was 11 am in the East, it would be 8 am in the West. Established by the train schedules, everyone knew what time it was supposed to be.

Now the world is quite different. With globalization, I wonder if we all should observe one time.

Some businesses need to have the same time everywhere. The airlines use coordinated universal time so their schedules have a common reference point. Stock and commodity traders use UTC to stamp the time of a transaction. They need to know the time to know the price. And, it makes sense that the International Space Station uses UTC.

If we made the switch, the date and time would be the same for everyone, erasing the International Date Line. There would be no more time zones, no daylight saving changes. Year after year, each date would fall on the same day. We just need to use as our reference point the prime meridian (0 longitude) running through Greenwich, England that was established in 1884. When it’s 00.00 there, it’s 00:00 everywhere. 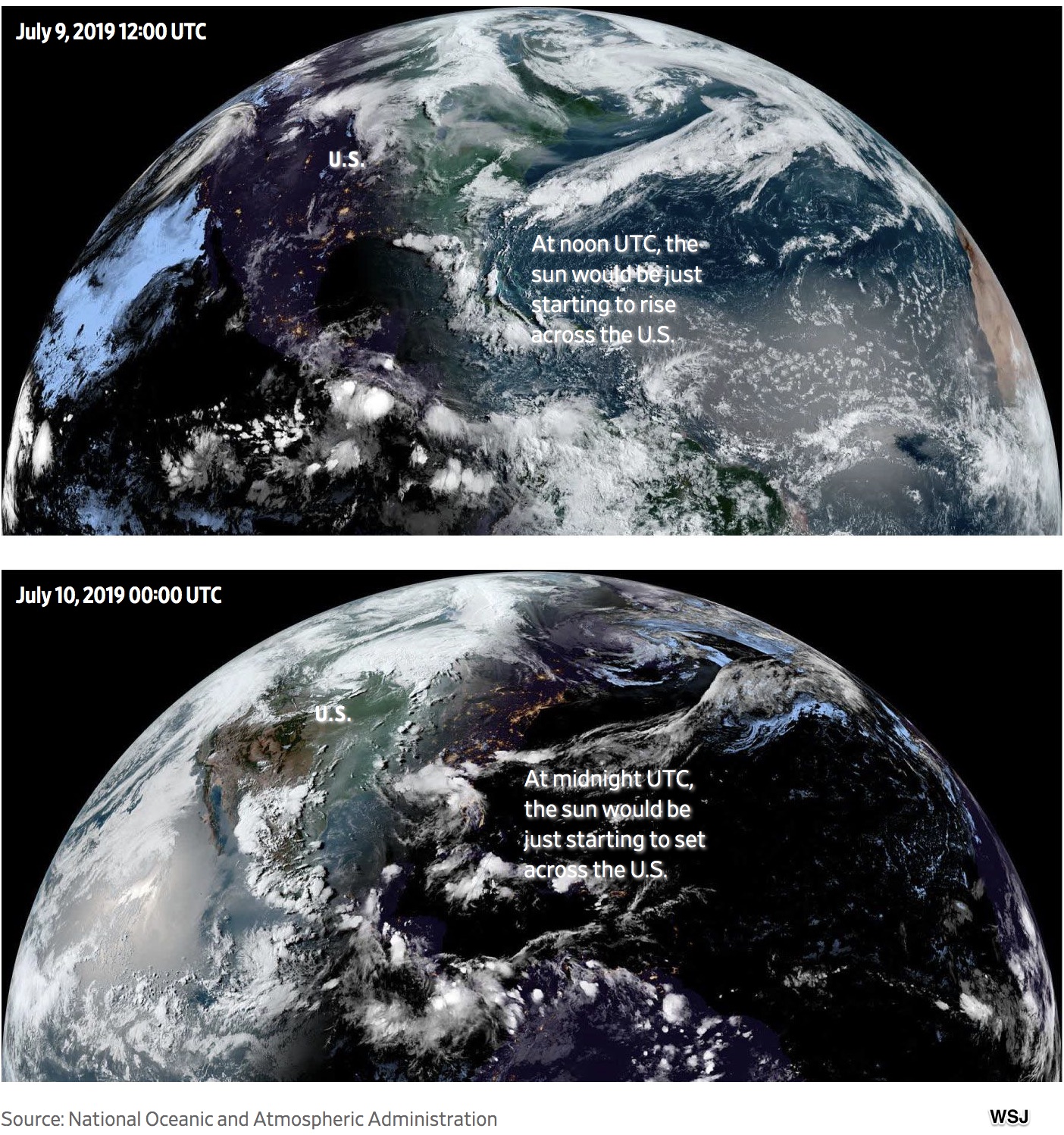 Around the globe, businesses would open and close at the same hour. On the East and West coast, and in the Midwest, all Starbucks could have similar opening and closing times. Those in the San Francisco financial district would no longer need to open at 3:30 or 4:00 am.

Or…This is what xkcd suggests:

Standardization facilitates commercial activity. Hundreds of years ago, when the length of a yard differed from one village to another in France, transactions were constrained. Traveling merchants first had to figure out what quantity of fabric they were dealing with. Similarly today, it helps to have the same currency, the same weights and measures, and the same time–especially if you are working with someone who is half a globe away.

I do wonder though how we will refer to the different parts of the day. Yesterday, when it was 8:29 pm in Massachusetts, the universal day and time would have been the beginning of Sunday at 0.28:32. Do I call it morning if the sun is setting here?

My sources and more: Always interesting, the Numbers person at WSJ had her recent column on universal time. From there, the possibilities were countless. I took at look at Spending Time by Daniel Hamermesh and a CATO article from Steve Hanke and Richard Henry. I also enjoyed the National Geographic history of the prime meridian.

Why NYC Could Have a (Small) Baby Boom in Nine Months