Our story starts at a government surplus auction and ends at Sotheby’s. A lot happens between the two.

The History of the Apollo 11 Videotapes

There is only one “first generation” NASA videotape of the Apollo 11 moon walk. Taken 50 years ago, it was not as clear as several others. However, the U.S. government accidentally erased or destroyed the higher quality first generation tapes. So this one, made at Houston’s Manned Spacecraft Center, is all that remains.

Not knowing it had the remaining first generation videotape, the U.S. government sold it with 1,149 other reels to a NASA intern at a government surplus auction. (Ranging from airplanes to scientific equipment, the government sells its extra stuff and whatever it confiscates at these auctions.)

You can guess what happened next. Yes, the owner discovered he had something worth a lot more than $200.00 and kept his videotapes in a climate controlled storage facility. Now 65 years old, he decided it was time to “cash in.” Yesterday, exactly 50 years after the Apollo 11 moonwalk, Sotheby’s sold his three reels for $1,820,000.

The reels were auctioned with a description that starts with the technical details and length: 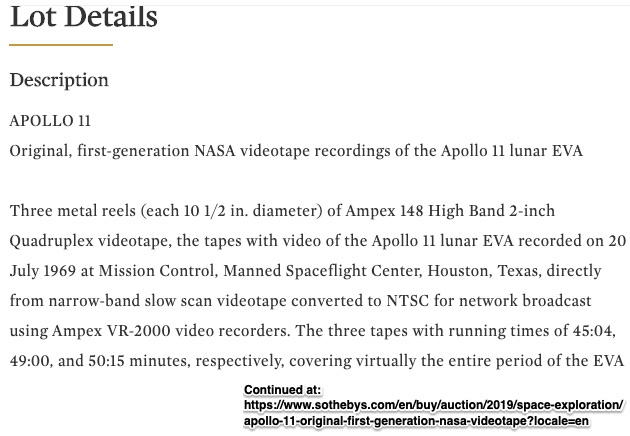 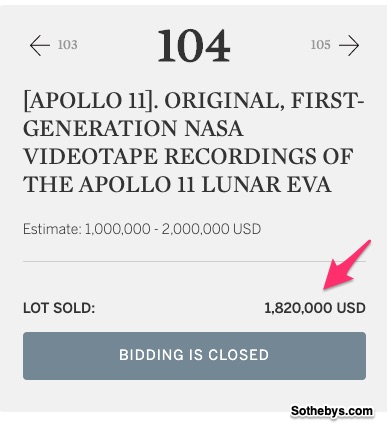 And this is a moon image from the tapes: 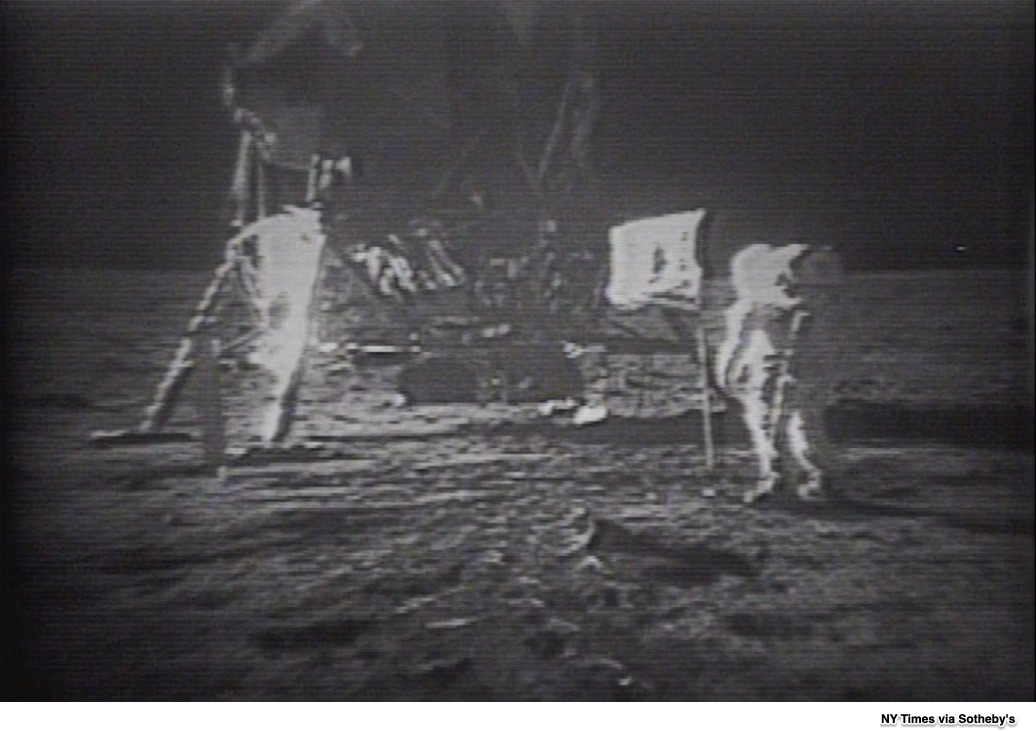 Adam Smith might be applauding from his grave. The first economic thinker to describe a market system, Smith published his Wealth of Nations in 1776.

For the videotapes, Smith would have seen the market functioning appropriately. Composed of demand and supply, markets determine prices with no one telling them what they should be. It all just depends on what the demand side is willing and able to offer and what the supply side is willing and able to sell at. Not one price and quantity, demand is a list of prices and quantities as is supply. Then, wherever the quantity demanded equals the quantity supplied, we have the price.

At first, the market decided the tapes were worth $217.77 when combined with 1,150 other reels. But then, once demand and supply knew that the tapes were unique and historic, they changed their minds. Add to that an upwards nudge from Sotheby’s when they indicated a minimum bid of $700,000 and an estimated the price of $1 and $2 million.

My sources and more: After reading about the moon landing tapes, I checked yesterday’s Sotheby’s auction.