China recently reported a 6.2% growth rate that was the lowest since official statistics were recorded in 1992.

You can see the slowdown: 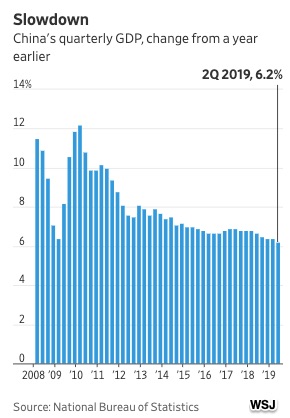 Where are we going? To two images that tell us the slowdown could be worse than China reported.

Our first image is nighttime lights. Economists are using satellite pictures of nighttime lights to assess GDP accuracy. Below you can see that China became brighter between 1992 and 2013. However, their GDP probably did not rise by as much as they reported:

A Johns Hopkins economist and his co-author from the IMF have created an algorithmic analysis of nighttime satellite images that led them to conclude that China’s per capita GDP growth rate has been overstated. According to their estimates, for 1992-2008, China’s official 10.4% real GDP growth rate should dip to 8.5%. Similarly, from 2009-2013, the official rate of 9% drops to 5.6%. And more recently, between 2014 and 2017, the official 6.9% rate should be 5.4%.

You can see that China’s nighttime lights indicated less GDP growth than the official numbers:

As for China’s current 6.2% growth rate, Bloomberg’s China expert Tom Orlik says it is accurate while WSJ’s Greg Ip implies it could be too optimistic. Both though refer to excessive debt as a problem. So, for our second image, let’s move from the overall picture to one company.

Our second image is from Amazon: 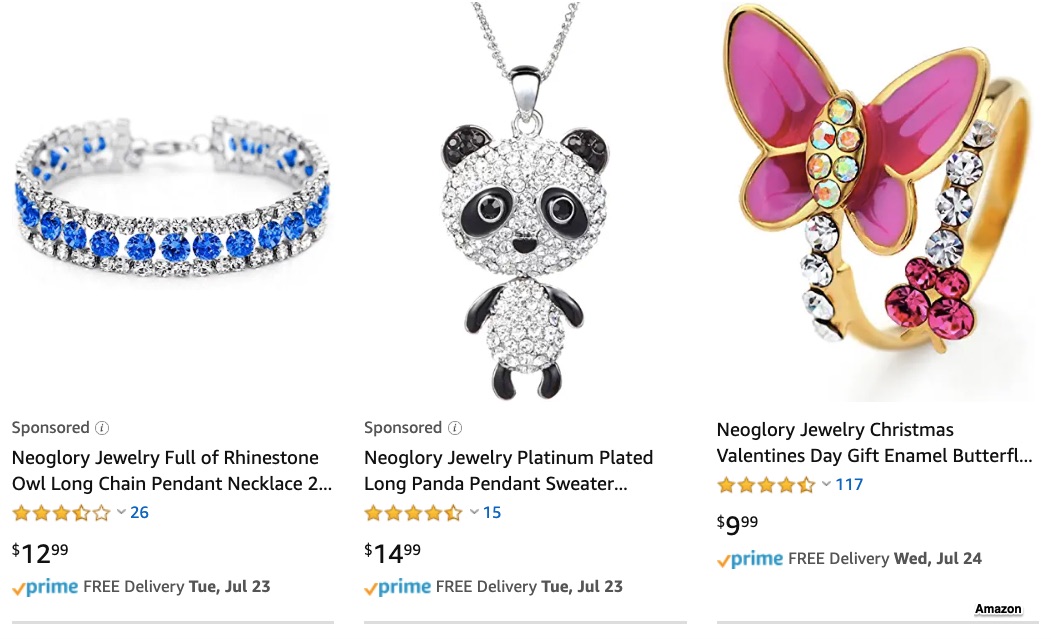 China has a “fashion accessories queen”  who might have been dethroned. The woman who (reputedly) once had to sleep on trains became an Ernst & Young “Entrepreneur of the Year” and one of China’s richest people. Her firm, Neoglory Holdings Group Co. built beyond a global baubles business to skyscrapers, to hotels, and malls. Now, a bankruptcy court has said that Neoglory is “apparently insolvent” because it cannot repay the $6.8 billion it borrowed to expand.

Other large firms are experiencing similar distress. For the private sector and especially China’s government-run companies, robust growth encouraged expansion that was based on debt. One Hong Kong professor said the expansion characterized China’s boom and now debt-burdened firms have “little shelter.”

So yes, the official version of China’s slowdown is debatable.

Knowing the troubled businesses and China’s tendency to fudge the figures, satellite related facts can come in handy. However, the economists who wrote “Illuminating Economic Growth” warn us that satellite data is most useful for middle income nations. The reason? Low income nations tend to be too dark for comparisons and those with high income have become bright almost everywhere.

My sources and more: Thanks to WSJ’s Greg Ip for reminding me it was time to return to  the accuracy of China’s economic statistics. From there, WSJ had the recent growth history and the Neoglory story. Then, this paper on satellite images and Tom Orlik’s Bloomberg radio interview provide some insight about the current Chinese growth rate. Most interesting though is this Washington Post article,