What a Tax, a Ship, and a Road Can Tell You

The British government decided it wants some quickie statistics. Saying an accurate GDP can take multiple revisions and many months, they expressed the need for “faster indicators” that convey at-the-moment economic activity. Their goal? More relevant statistics for policy makers. Their concern? The older a statistic, the less it is useful.

Road traffic can give us some handy data about regional activity and port disruptions. Especially because 75% of the U.K.’s domestic goods travel by road, vehicle sizes can provide production clues. It makes sense that large vehicles convey a different economic message from small ones. 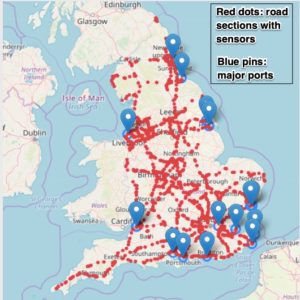 VAT: Value added tax returns reflect the sales of hundred of thousands of businesses. Abnormal data can be an early warning of a downturn or a signal of accelerated activity.

Ships: Statisticians will keep an eye on which ship enters, when it leaves, and how long it stays. The thought here is the insight shipping behavior can provide about imports and exports.

Because monetary and fiscal policy decisions are based on the data collected by the government, time matters. It matters before policy is made because central bankers and legislators need to base their decisions on current information. But it also matters after because it takes time for policy to ripple through the economy. By the time it gets where it is supposed to go, circumstances can change.

Then, compounding the problem, we can add a recognition lag. The data statisticians collect relates to what was produced. Consequently, innovation is insufficiently reported because it was not included in a statistical snapshot. Economist Diane Coyle reminds us that 19th century British policy makers missed many of the numbers from the industrial revolution because they were looking at agriculture. Somewhat similarly, our descendants will look back at the gargantuan segments of the digital economy that we failed to count. They too will say we were looking back in time rather than ahead.

So yes, whether looking at speed, implementation, or innovation, time affects the accuracy of economic policy.

My sources and more: Thanks to the BBC’s More or Less podcast. As always, Tim Harford alerted me to a new idea. But most importantly, this essay from Diane Coyle conveys the big picture.

How Legos Discovered It's Not Easy to be Green