Years ago I was asked, “Why don’t we make things anymore?” My answer was, “We do.”

Now I have an update. 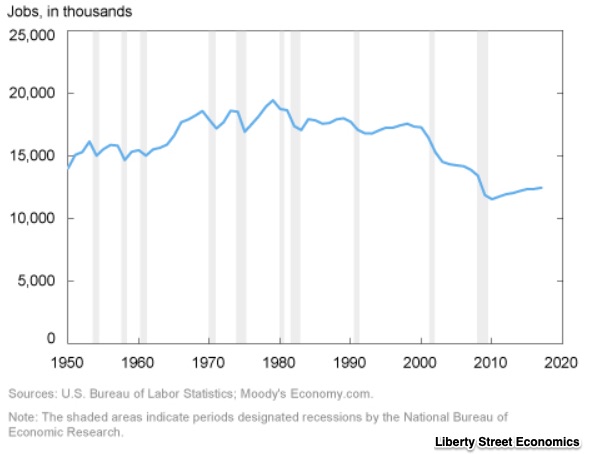 2. Technology and globalization were the primary reasons for the decline in manufacturing jobs.

Fueling productivity, technology eliminated jobs. At the same time, U.S. manufacturing was challenged by global competition and outsourcing. So, although you can see that declines occurred during recessions, the contraction was not the main reason.

Computer and electronics manufacturers and transportation equipment makers lost the most jobs from 2000-2010. Now though, transportation is one of the leaders of the recovery. 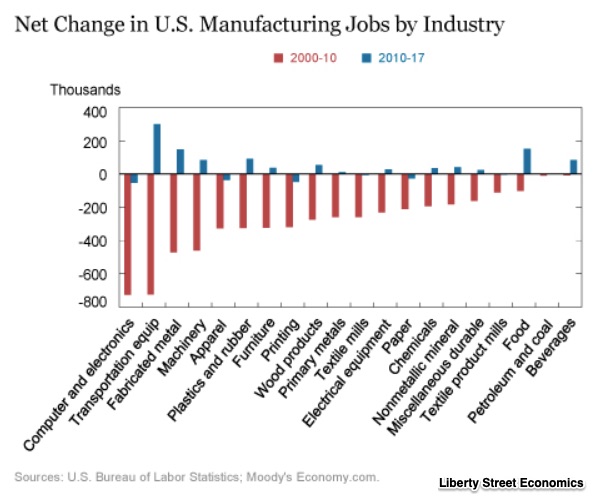 4. We can find the transportation rebound in “auto alley.”

As overseas labor and shipping became more costly, automotive jobs increased in the U.S.  Grouped in one strip that is 100 miles wide and 700 miles long, the area with the rebound has been called auto alley. 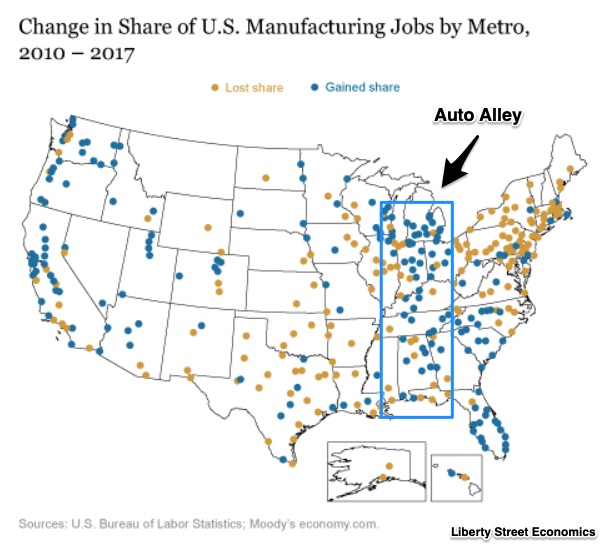 5. The U.S. remains one of the leading manufacturing nations in the world.

6. The U.S. is among the top three for its friendly manufacturing environment.

Brookings used 20 indicators to rank a country’s manufacturing environment. Their indicator categories included tax policy, open trade, energy, workforce quality, innovation, and infrastructure. While the U.S. was close to the top, Russia (#56) and India (57) were at the bottom. 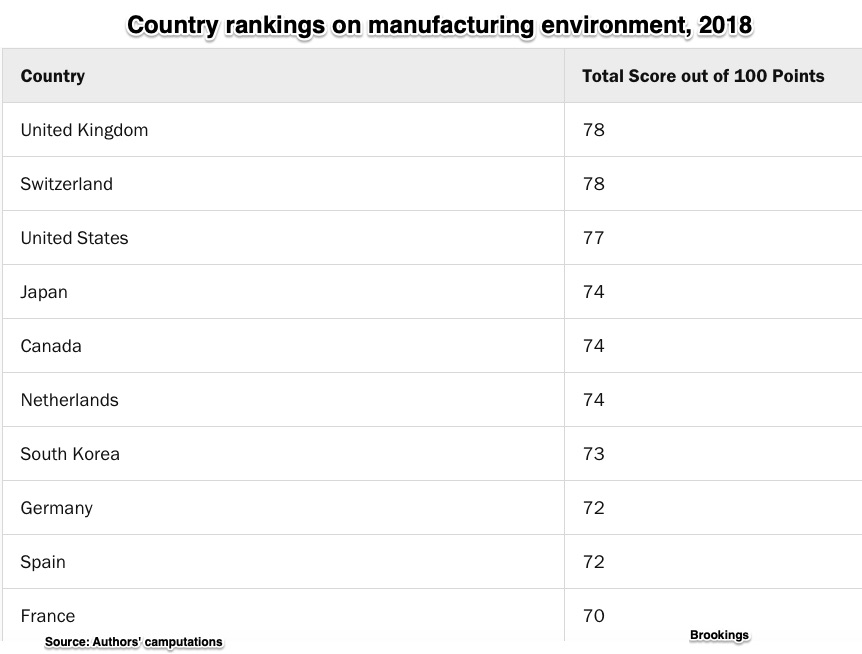 We could name four basic causes of unemployment.

Many of the recent manufacturing job losses and gains have been structural.

My sources and more: Liberty Street Economics (NY Fed) had the manufacturing story in two posts. Brookings had the world scorecard. For more facts, I recommend both.