How Italians Feel About Pineapple Pizza

In Italy, we no longer will be able to order Domino’s pineapple pizza.

More than eliminating a menu item, the entire Italian subsidiary of the chain will close.

Like Dutch windmills and Australia’s Great Barrier Reef, Neopolitan pizza makers were honored by UNESCO’s Intangible Cultural Heritage list. As the process through which they prepare and flip dough, top it, and then bake it in a wood-fired oven, “pizzaiuoli” is the Italian cultural gem that UNESCO recognized.

Correspondingly, seeing what foreigners have done to their pizza, Italians are “perplexed and aghast.” They don’t quite understand why anyone could top an elegant Italian Neopolitan pizza with pineapple or Nutella or Memphis bbq chicken.

While Domino’s got the message from Italy, they remain in approximately 90 international markets:

Expanding beyond home country borders, businesses need to know local tastes. When Mondelēz started selling Oreos in China, they soon discovered the taste was too sweet and no one had heard of “twist, lick, dunk.” After tweaking the recipe, they boosted sales. By contrast, in India they needed to make the filling sweeter.

A 2012 Huff Post article showed us a slew of national Oreo permutations. They included blueberry for Indonesia, banana filling in Argentina, and Green Tea in China:

Also though, a company cannot go too far. Apologizing soon after, IKEA initially eliminated women and girls from the catalog it circulated in Saudi Arabia. However, five years later, it appears that IKEA again eliminated women from a catalog targeting a Jewish orthodox population.

WSJ showed us the IKEA edited image in its Saudi catalogue: 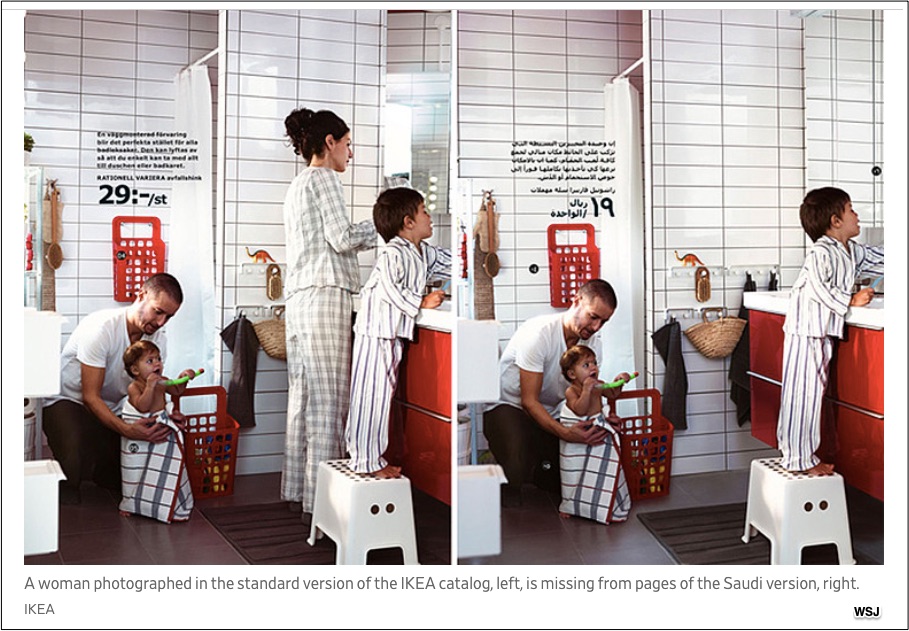 My sources and more: Having heard that Domino’s left Italy, I went back to the regional differences that businesses need to know. From there, Oreos are always a good example of globalization. However, the IKEA catalogs, here and here, display a potential downside.

Where the Most Trusted Cereal is a Star