Today’s #TBT will return us to the days when airline seats were comfortable.

In the newest generation of airplanes, smaller and closer coach seats will be increasingly uncomfortable. It’s even worse though because the average American has gained 25 to 30 pounds since 1960.

One problem is pitch. Defined as the distance from the back of your seat to back of the seat in front of you, pitch affects your legroom. Typically ranging from 28 to 32 inches, the pitch on most carriers provides little space for many of us.

You can see below that the seats on Spirit and Frontier can have the smallest pitch while Jet Blue and Virgin American provide more room: 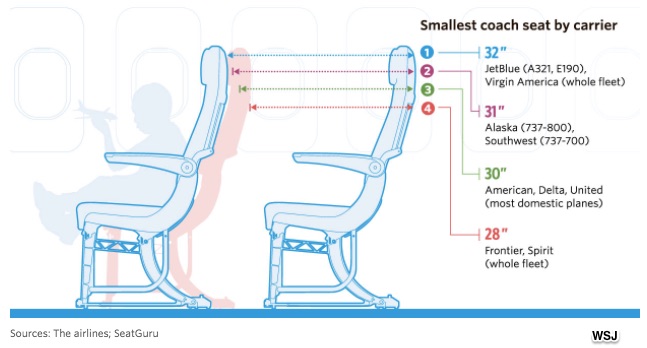 But the numbers in the following two tables demonstrate most clearly why we can look back at more comfortable flying.

Southwest actually had seats with a 35 inch pitch and United, 36. 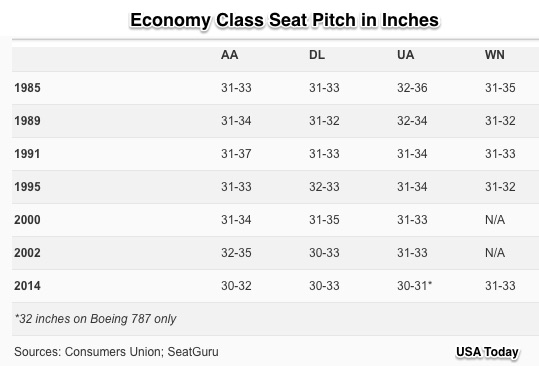 Extending from armrest to armrest, seat width used to be as much as 20 inches but now can be as narrow as 16.7 inches: 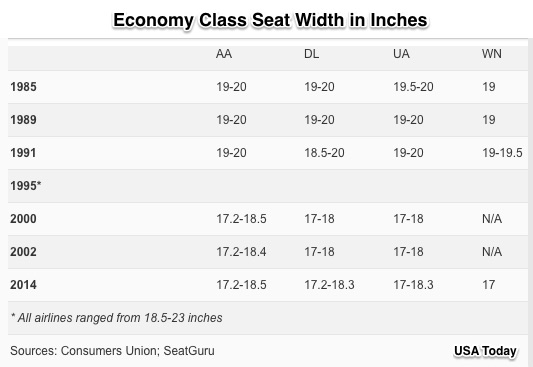 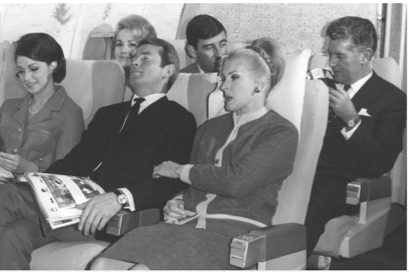 Perhaps the most extreme example of bygone air luxury is the Eastern Shuttle’s guaranteed seat.

With the airline industry subject to extensive federal regulatory control before 1978, it was okay for Eastern Airlines to have a government sanctioned monopoly on flights between LaGuardia and Washington D.C. As a consumer, the nice part of Eastern’s monopoly power was a guaranteed seat on every flight. You could arrive at the airport with minutes to spare and know that Eastern would roll out a new plane if the scheduled flight was full. Because government made sure that fares were high enough to cover costs, Eastern made money.

In 1978, with the onset of airline deregulation, government no longer mandated interstate routes, competition surfaced and all airlines, including Eastern, had to change their behavior. Suddenly, someone else (New York Air) was charging (and advertising) a lower fare for flights between NY and Washington D.C.

Our Bottom Line: The Tradeoff

One benefit of deregulation was lower fares:

So yes, flying becomes more affordable. But we lose legroom and a guaranteed seat on the Eastern Shuttle.

And, we can look back fondly at when coach class was comfortable.

My sources and more: Always excellent for airline info, Scot McCartney provided my springboard in WSJ. From there, USA Today was ideal for some history as were CNN ,  Traveller, and independenttraveler.

Please note that parts of today’s econlife were in a previous post. To improve clarity, this post was slightly edited after publication.

There's No Such Thing As Free Shipping

The Surprising Consequences of Taxing Bagels and Windows