The Surprising Consequences of Taxing Bagels and Windows

In New York State, a whole bagel is cheaper than a sliced bagel.

The reason? Even without the cream cheese, the slice “alters” the bagel. Becoming “processed” food, the bagel has an 8.875% sales tax.

You could let the tax “distort your behavior” by intentionally buying a whole bagel, a small container of cream cheese and a plastic knife.

Where are we going? To unintended consequences.

Completed in 1843, the Muckross manor house had 65 rooms and (probably) a very high  window tax bill: 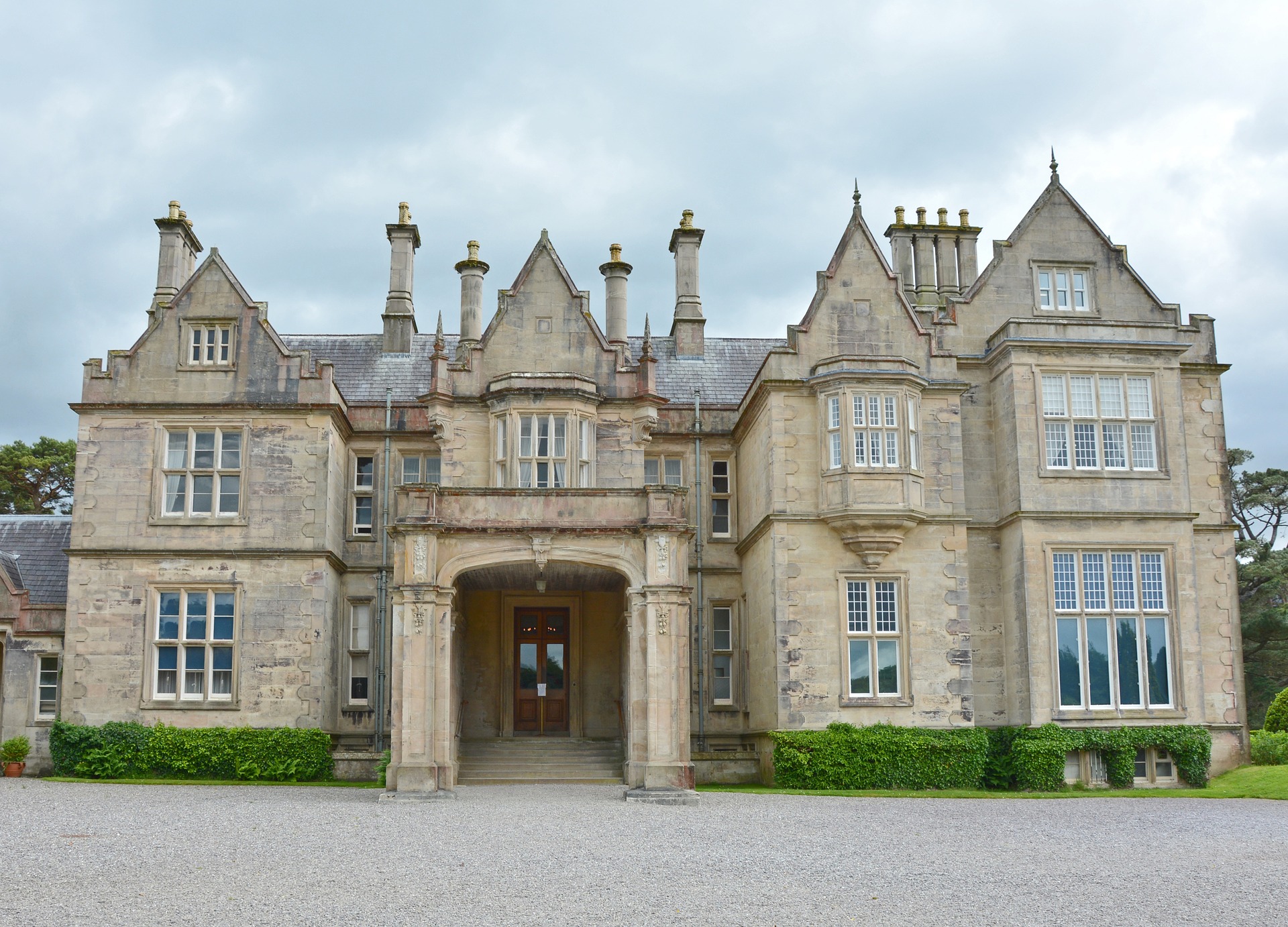 In 1696, King William III levied the window tax. Paid primarily (but not always) by home and building occupants rather than owners, the revenue was used to fund several wars and offset money lost from coin “clipping” (shaving off some metal). In addition to its revenue potential, the tax appealed because it looked like a progressive levy that took more from the wealthy.

During its 155 years, the Window Tax did not work out quite as they expected. There were revenue shortfalls because people camouflaged their windows and built new homes without them. It was not always progressive because the poor who were servants or lived in tenements suffered when the rich eliminated their windows. The externality though that led to the tax’s repeal in 1851 was elevated rates of dysentery, gangrene and typhus from lack of ventilation.

Below, the light comes in after repeal: 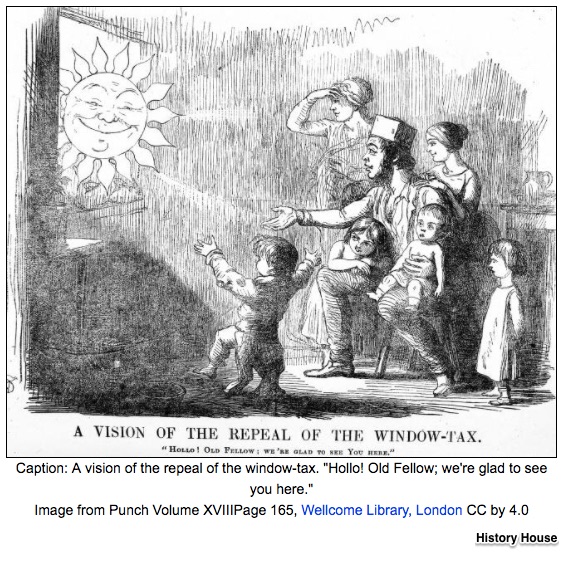 The Window Tax distorted the allocation of land, labor and capital. Because the tax increased after 9, 14, and 19 windows, it influenced architectural decisions and probably created the 1810 to 1850 plateau in glass production. You even had the affluent exhibiting conspicuous consumption by adding windows to their homes.

The impact of the Window Tax on architectural design: 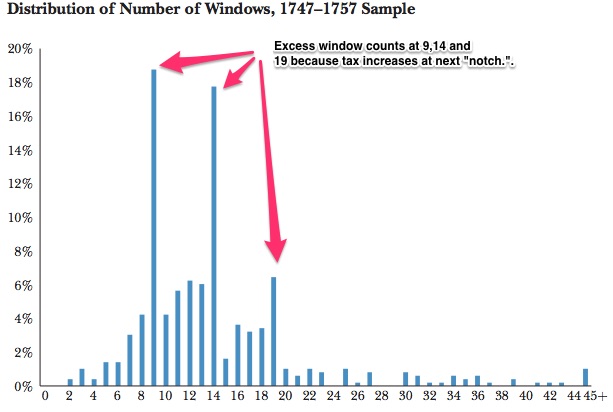 Returning to where we began, I wonder if there has been a spike in New York’s cream cheese container purchases.

My sources and more: Always interesting, Tim Harford took me on a window tax journey, starting with his FT column. He led me to Timothy Taylor’s always wonderful Conversable Economist. as well as the History House article and cartoon. And finally, much more dryly, I wound up with this and this academic paper. I also went back to this econlife on taxes.