The Basics of the Pandemic Recession

In a circular flow model of our market economy, the outer loop represents the money that moves around the economy while the inner circle takes us to the goods and services that those dollars pay for:

Imagining a Starbucks visit in the circular flow, we see you leave your household. Then, heading for the businesses section of the model, you move rightward around the upper outer loop, purchase a tall skinny vanilla latte for $3.45, move to the upper inner loop, and carry it back home (or wherever you go). Also, earlier that day, your barista took her labor from her household to Starbucks in the inner lower loop. Completing the picture, in the outer lower loop, we have Starbucks using your $3.45 (and many others) to pay baristas their wages.

Let’s take a look at where we are now.

We’ve just been told that U.S. economic activity peaked during February 2020, plunged for the next two months, and then began to recover during April. As the group that officially dates our economy’s ups and downs, the NBER (National Bureau of Economic Research) says a recession is a “significant decline in economic activity that is spread across the economy and lasts more than a few months. Next they add that we have to consider depth, diffusion, and duration.

For depth, you can see that the unemployment rate soared: 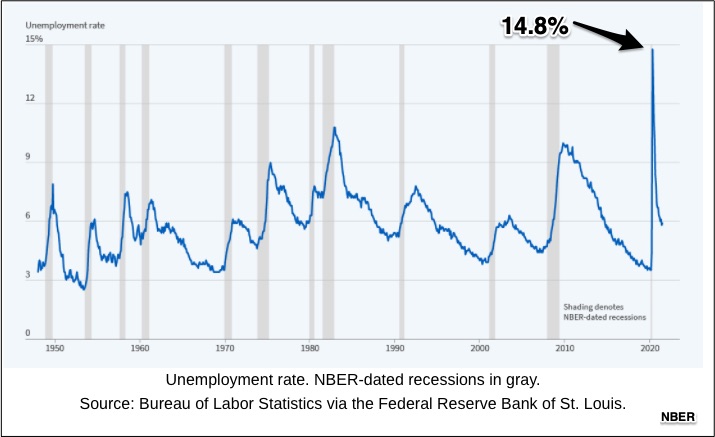 And the GDP plunged:

Even more devastating, unemployment was at 16.7% for Black Americans and 18.9% for Hispanic Americans: 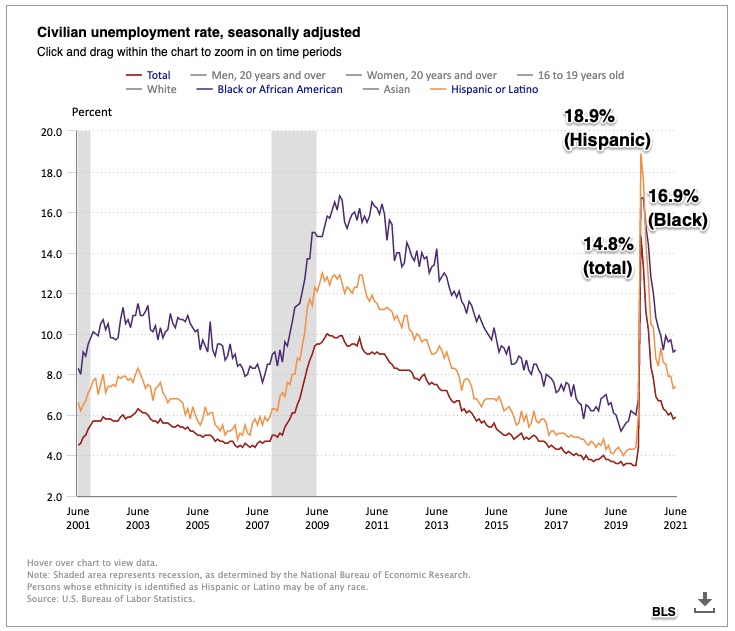 As for each state, unemployment was widespread. Below, the darker the color, the higher the joblessness: 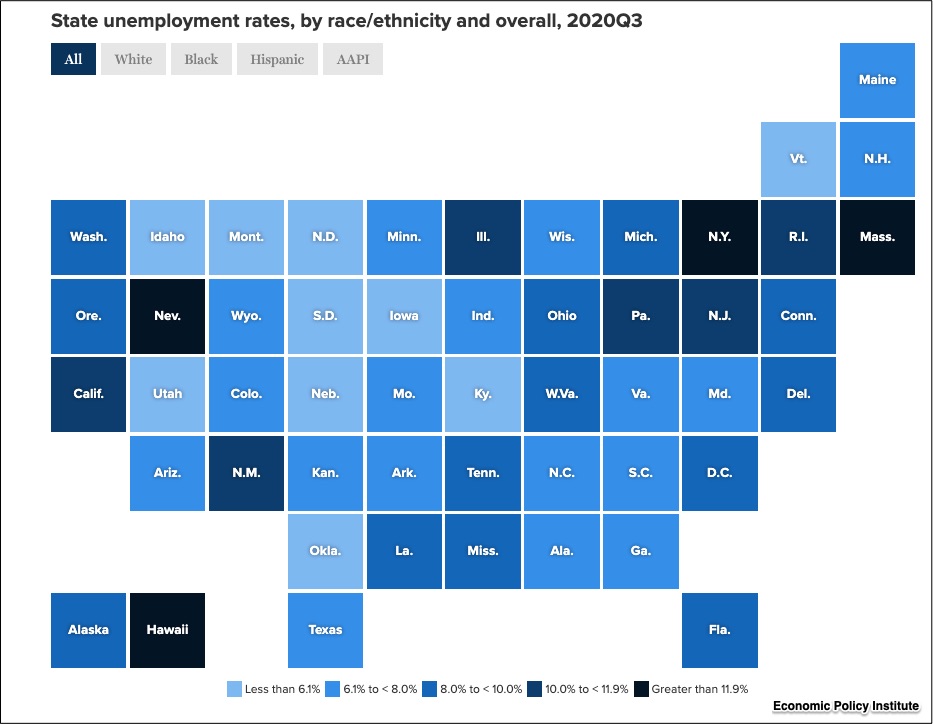 It all adds up to considerable depth and diffusion.

During a business cycle, the economy expands, hits a peak, contracts, touches a trough, and then starts all over again. 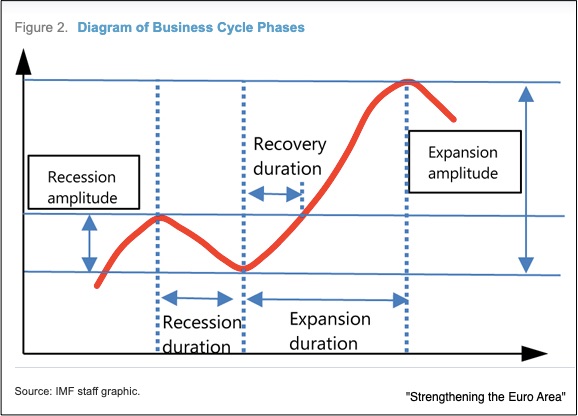 Until April, we were settling records with the length of the expansion: 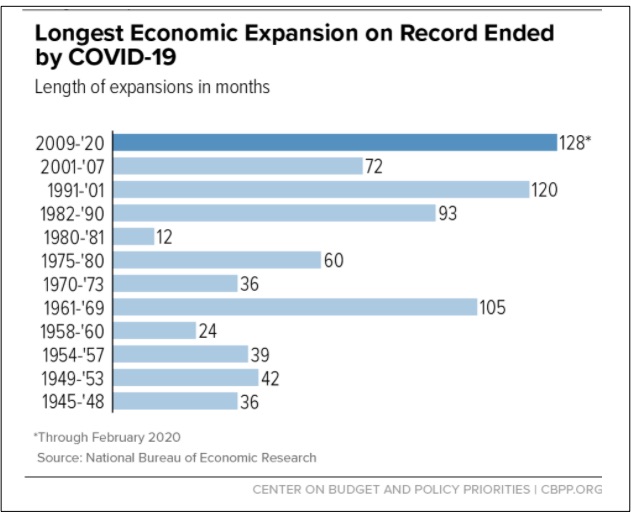 After that, the recession set a brevity record as the shortest in business cycle history. But its depth and diffusion were felt throughout the circular flow as the quantity of goods and services shrunk and the speed that they moved slowed when supply chains got tangled.

My sources and more: Having Project Syndicate tell us “What’s in a Recession.” came in handy while the NBER gave us their official definition. Then for government statistics, the BLS, displays employment,  the BEA, does the GDP and the CBPP was helpful too.

My Book of the Month: Why An Address Matters