What We Can Learn From An Olympic Medal

Do take a look:

As of yesterday evening, China and the U.S. each had 19 medals. However, even now before much of the competition begins, we can predict a country’s medal count.

It relates to more than athletic talent.

How An Olympic Medal Counts

NPR told us that Olympic medal counts can be used to explain the world. Focusing on 1912 to 2012, they concluded that we could learn about wars, GDP, population, and economic systems. Since the Games were canceled in 1916, 1940, and 1944, you can see a wartime gap in the following graphs. Also, we can hypothesize that the dip in the U.S share of medals after 1992 could be a result of the rest of the world becoming more affluent. And finally, we see that authoritarian governments have an edge: 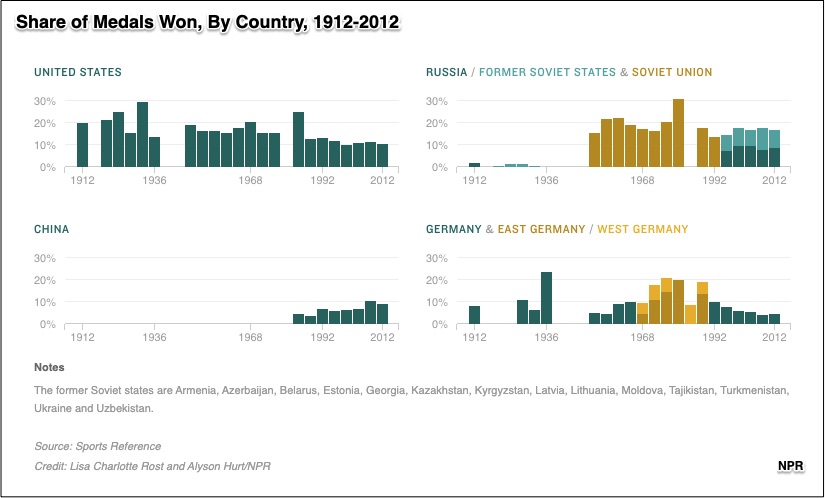 In a 2012 paper that FT is using for its projections, scholars explained that wealthier nations win more medals because their athletes tend to be healthier, to have more leisure time, and to have better training facilities. The paper also points out that a larger population helps as does the home game advantage. As for politics, centrally planned systems fare better. Aiming for prestige, they invest in their athletes. The result, according to WSJ in a 2012 article, was a medals-to $100 billion in GDP ratio of 5. But for Communist nations, the medal count was more than 10 for similar GDP multiples. Finally, they added that countries that restrict women’s ability to compete fare poorly.

Using a different metric, FiveThirtyEight calculated what they called a “baseline” expectation. Their numbers emphasized recency, who won what, and where the past three Summer Games were held. And yes, they could not ignore that ROC was competing rather than Russia.

As of 11:05 last night, these were their Olympic medal counts and expectations: 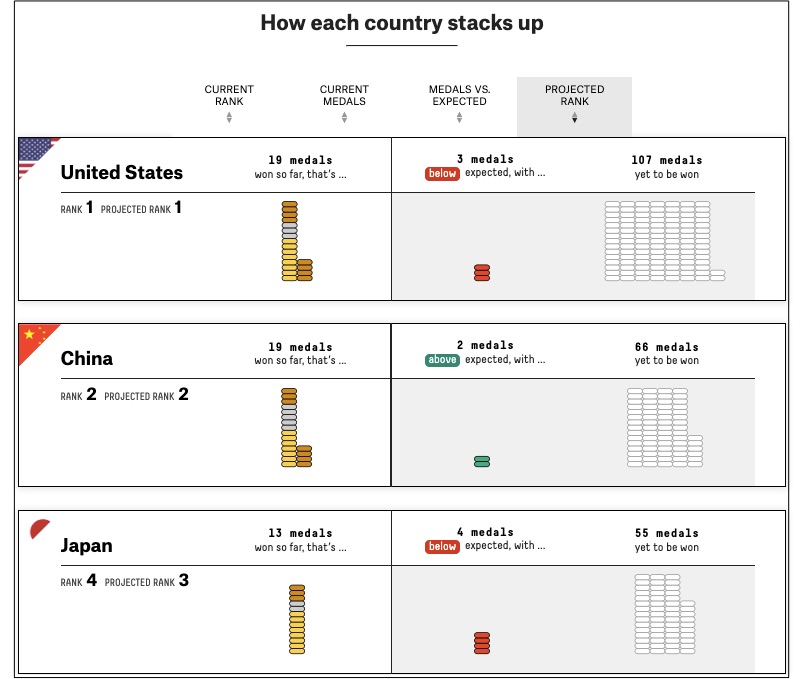 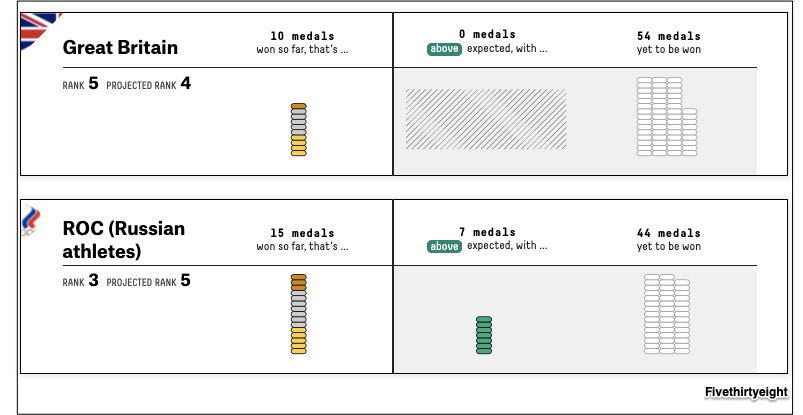 I guess it all adds up to externalities. Defined as the impact of an event on an uninvolved third party, an externality can be positive or negative. With GDP, population, and political systems, the externalities are a plus when it comes to the Olympics.

My sources and more: Yesterday, FT was my up-to-date source for Olympic medal analysis. They directed me to a 2012 paper with more discussion. But the Games source I plan to revisit was FiveThirtyEight. In every way, it is excellent. Lastly, for even more, you could go to Olympedia.

Why Fortnite and Ferrari Became a Pair

Why We Need More Wikipedia Women