The Special Side of a New Twenty Dollar Bill

Harriet Tubman might soon be on a new twenty dollar bill.

Enslaved in Maryland by the owner of a small farm, Harriet Tubman (c.1822-1913) ran away when she was approximately 18. She left her husband and family behind but repeatedly returned to lead slaves to freedom. During 13 or so trips, she rescued about 70 people, guiding them as far north as Canada and farther south. During the Civil War she was a cook and a spy, a scout and a nurse. After the war, fighting for Black and White women, she became a suffragette. 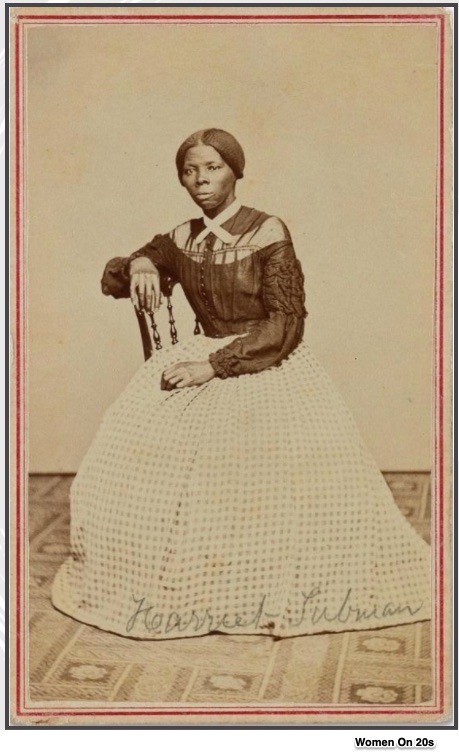 Harriet Tubman said she had the “right to liberty or death”…and “if I could not have one, I would have the other.”

President Obama had planned for Harriet Tubman to be on a new twenty dollar bill in 2020. Now, with President Biden revitalizing the project, it could soon happen. A possible prototype is today’s featured image.

Below, you can see Harriet Tubman’s  NY Times death announcement. The number of people she rescued is probably closer to 70 than several hundred: 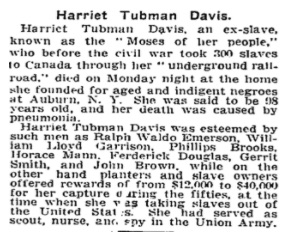 Sadly, most of the women who have been on our currency weren’t even real people. Idealized as Greek goddesses or milkmaids, one scholar said they were “figments of the male imagination.” 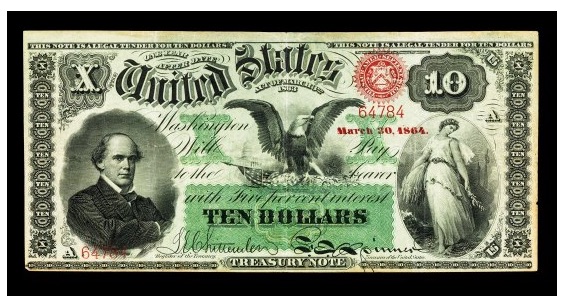 As for real people, in 1869, Pocahontas was shown (rather small) on U.S, currency:

And the “Martha” depicted Martha Washington in 1886:

Otherwise, we need to look at coins to find female images.

The Notable Women website tells us that they have swapped out “the faces we all know for the faces we all should” know. I’ve copied some of their images for dollar bills:

Abigail Adams was a major influencer during the late 1700s and early 1800s:

Wilma Mankiller was the first woman to lead the Cherokee Nation. A Native American rights activist, she focused on economic development:

Eleanor Roosevelt was an activist who fought for women, minorities, and labor, and also served as the U.S. representative to the United Nations:

Borrowing the idea of expectations bias from behavioral economics, we can see why having more women on our money is crucial. Our expectations bias shapes how we interpret outcomes. As a classroom experiment demonstrated, when you expect blue-eyed children to be smart, somehow, they become smart. Similarly, as we increasingly see successful women, our palette of female adjectives could move away from age old stereotypes to what women are really doing today. And then, once our expectations change, so too will our behavior at home, at work, and in government.

My sources and more: The Washington Post had a good summary of Ms Tubman’s life while I recommend two NY Times articles for their January 2021 update and 2016 background.Next, MarketWatch had some currency history with fascinating images, and do take a look at Women On 20s and Notable Women.

Please note that several of today’s sentences and images were in a previously published econlife.

How Legos Helped to Build a Vaccination Center