Yesterday’s Bloomberg Brexit Barometer indicated stormy weather. Composed of statistics that relate to employment, inflation, growth, and uncertainty, it has been trending downward: 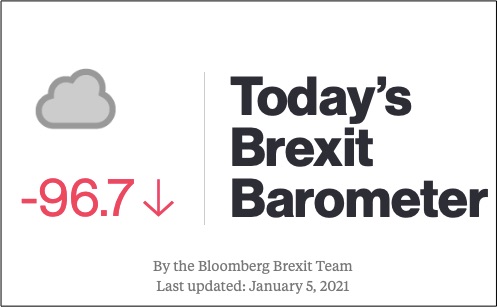 During 2018, the EU dominated U.K. trade. In this BBC graph, Singapore, Japan, and Vietnam were in the “rest of the world” category but would be in the EU slice in an update: 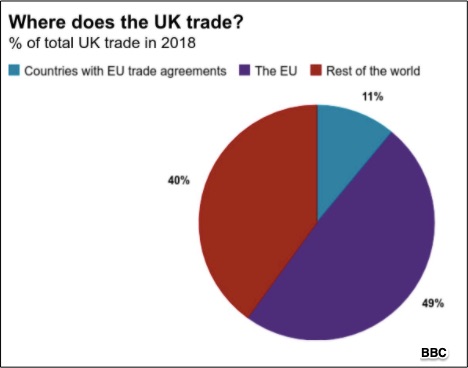 The United Kingdom has retained 30 trade pacts from its EU past. The rollovers kicked in on January 1, 2021. 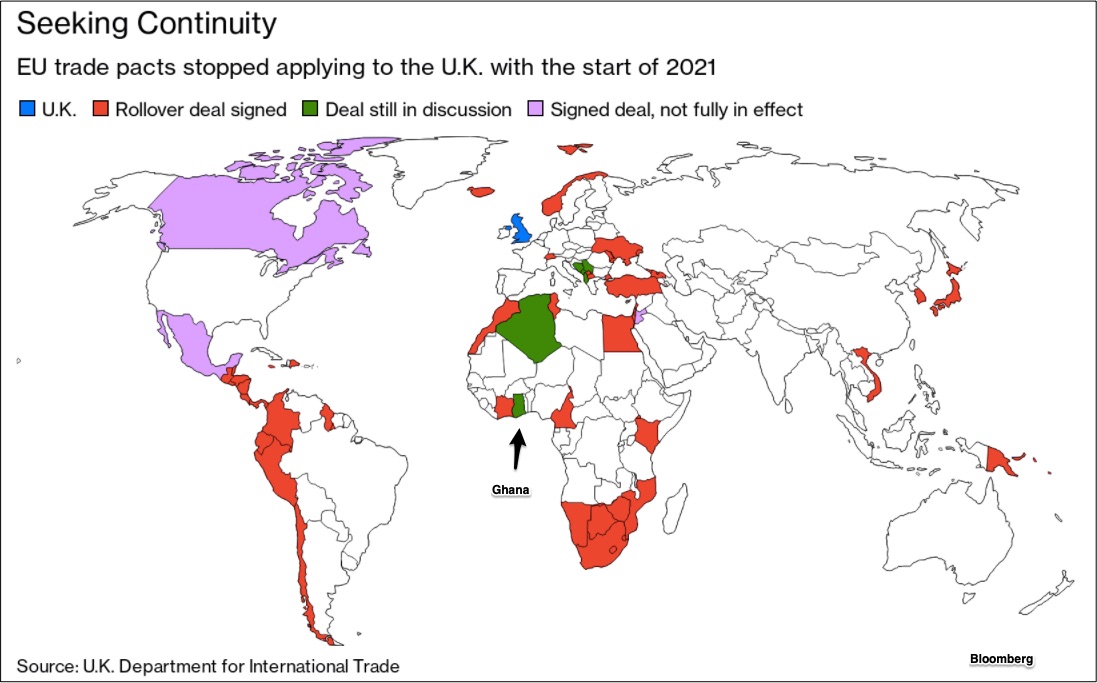 On January 3, 185 metric tons of bananas arrived in Portsmouth. The first post Brexit shipment from Ghana, they were no longer duty free. The exporter hoped that the U.K. would eliminate its $24,000 tariff (£17,500). However, the two countries are still negotiating a trade deal. On the above map, I labeled Ghana.

Unlike the banana exporter, some retailers have said no. Because of taxes and the red tape, a Belgian company, Beer On Web, said it would not send its beer to the UK. 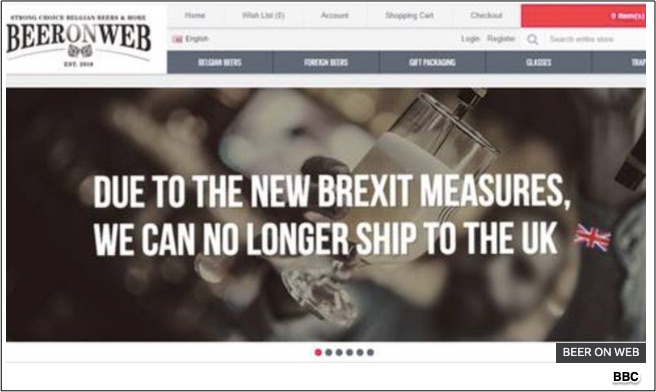 It appears that other smaller firms are still deciding. A Dutch bicycle parts firm has said it would not trade with the U.K. because of the complexities of paying fees. On the other hand,  an outdoor clothing company based in Finland expressed a wait and see policy.

At the same time, FedEx has said it is boosting its charges for shipments between the EU and the U.K. The reason? It needs new systems to accommodate customs rules. The BBC said that UPS and DHL have implemented similar changes.

Famous for its rock, Gibraltar is a British Overseas Territory. While its residents are British citizens, thousands of its daily commuters come from Spain. Their Brexit solution was to join the EU’s 26 nation passport free Schengen zone. As a result they could have it both ways. They follow certain EU rules but retain their connection to the U.K.

Our Bottom Line: The Brexit Barometer 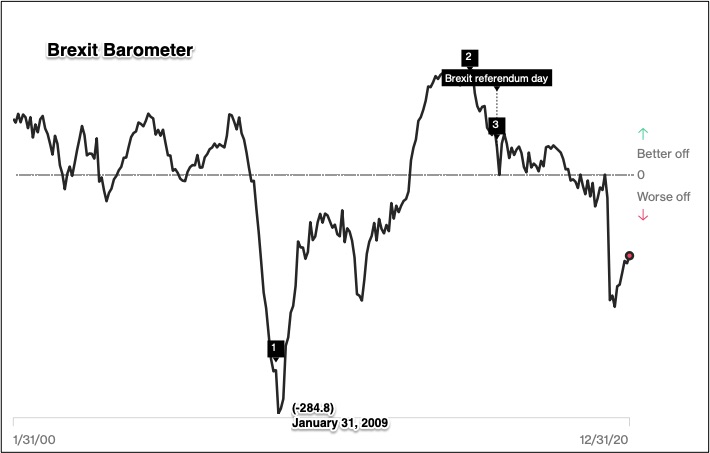 My sources and more: My email subscription (free) to Bloomberg’s supply chains has come in handy for judging the Brexit impact through  a link to the Brexit Barometer. From there, the BBC, here, here, and here, was an ideal source of Brexit information.

Will We Have More Pandemic Babies?

What a Disaster Can Cost Us