What a Disaster Can Cost Us

The 2020 Atlantic hurricane season was so active that they ran out of the usual names. According to the WMA (World Meteorological Association), hurricane name lists include 21 letters because it’s tough to find easily recognizable names that start with a Q, U, X,Y, or Z. Instead, we revert to the Greek alphabet.

Like 2005, when we last used Greek alphabet, 2020 has been a record breaker. These are the numbers: 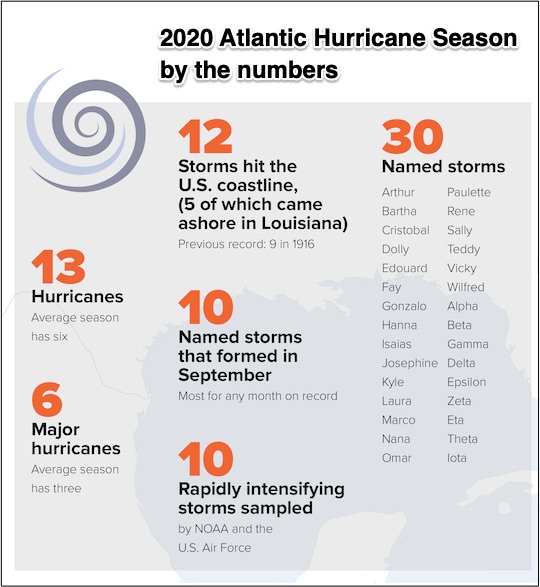 When we think about a hurricanes, droughts, and other disasters, it helps to calculate the cost.

In a recent update that covered the first 9 months (before October 7) of 2020, NOAA looked at billion dollar weather and climate disasters . Totaling 16, they included a drought and a wildfire, 11 severe storm events, 3 tropical cyclones: 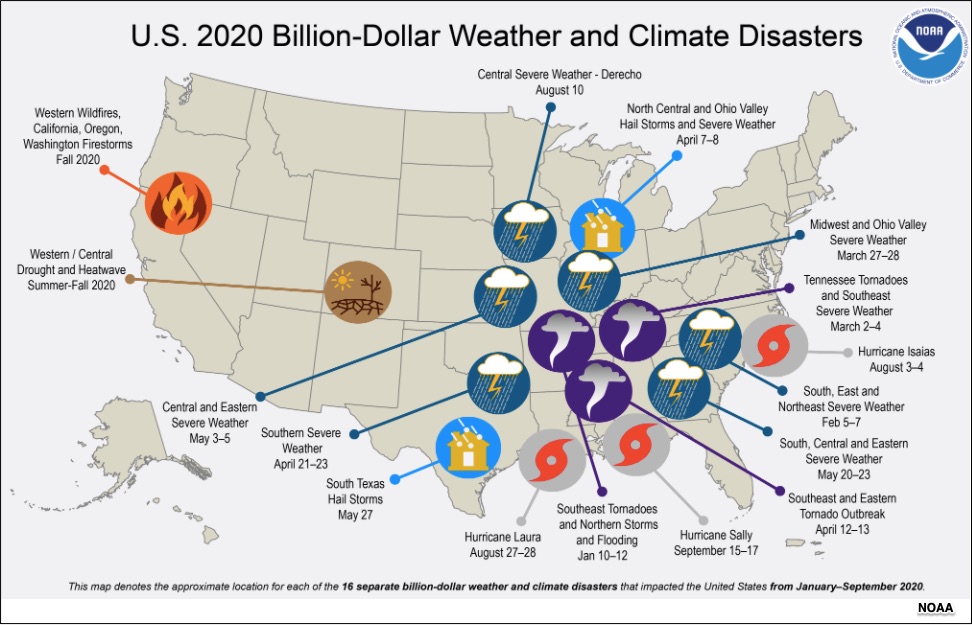 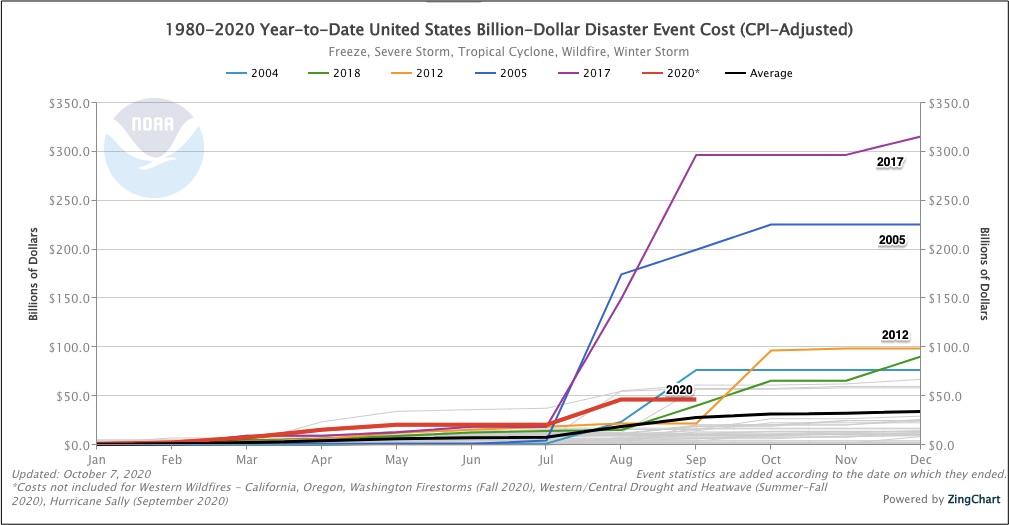 The cost “scorekeeper” for the U.S. government is the National Center for Environmental Information (NCEI). When they figure out the cost of a disaster, they include items like the following:

This was the NCEI summary:

As the most expensive disaster, hurricanes have generated massive insurance money. For 1986-2015, three states are responsible for a third of the insured catastrophic losses from hurricanes: 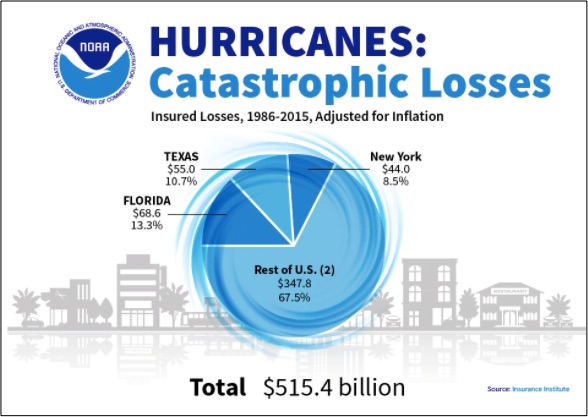 You might have noticed one glaring omission in in the NCEI list. We need to add the value of a human life.

Our Bottom Line: The Value of a Statistical Life

When economists had to figure out the value of a life, they knew that decades of paychecks made no sense. Someone who earns less is worth as much as someone who earns more. They also rejected age (and a host of other variables) as a part of the formula. Instead, they decided to focus on the cost of saving a life. Called the Value of a Statistical Life (VSL), the number is based on many people rather than just one.

Ronald Reagan was one of the first presidents to use VSL. Seeking to minimize government, his administration decided to do cost benefit analysis as the basis for eliminating regulations. The process required a price tag for a life. To get the number, they started by assuming that 1 in 10,000 people is killed on the job. Knowing those 10,000 people are willing to accept a $300 pay boost for doing risky work, they multiplied 10,000 by $300 and got $3 million. Taking inflation and other factors into account, in today’s numbers, we wind up at approximately $10 million as the VSL.

Please think of it this way. Let’s say you have a dangerous curve in a road with a one in a million chance of dying among the million people who use it annually. But if the upgrade will cost $20 million, saving one life it is not worth the repair.

Whether it’s VSL or some other disaster cost, knowing an estimate can determine our planning expenditures.

My sources and more: Good for weather information, NOAA had the up-to-date disaster facts and also cost calculation information. Then, this paper takes a brief contrarian look at how NOAA calculates losses. But, if you read just one extra article, do take a look at the first insured coral reef. Please note that we could consider this post an update since substantial sections were in previous posts. Our featured image is from NOAA. Please note also that after publication, I slightly edited some sentences.

Why Recent Stock Market Fluctuations Are Tough To Explain