Where LEGO is More Than a Toy 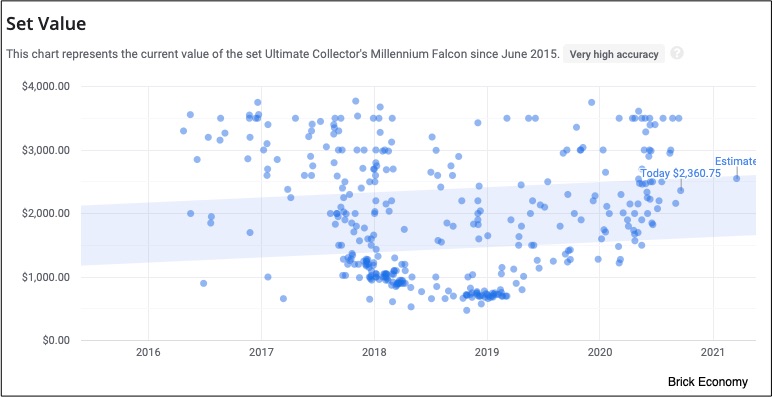 These are some of the details an investor might want to know: 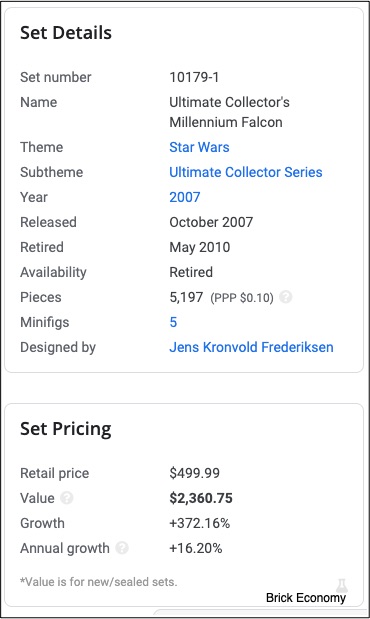 We could say that unlike art, fine wine, and jewelry,  a LEGO set is an affordable non-financial asset.

The company that makes LEGOs has been around for a long time. Still based in Denmark, they started making wooden toys in 1932. It took until 1958 though for them to patent the LEGO brick. The rest of the story is toy history.

No longer a single toy maker, LEGO moved onward to sets and themes, film partners, and LEGOLAND parks. LEGOs are sold in 130 countries. Their factory in Billund, Denmark can make 2.2 million LEGO bricks an hour. At 318 million, LEGO was the world’s largest  tire maker in 2011. LEGO sets typically remain on the market for one to two years and then are retired.

Those retired sets resurface in secondary markets where, each day, tens of thousand of LEGO investors buy and sell them. How much a LEGO investor makes can depend on a set’s theme, size, and year of release. The huge and small sets (but not medium-size) and those that are seasonal, architectural, and film-based fare best. In one paper, researchers calculated that from 1987-2015, investing in LEGOs can return an annual average of 11 percent  (in current dollars) or 8 percent (in real terms).

At Brick Economy or Brickpicker, people interested in investing in LEGOs can check on a price and get analysis, I was hooked when I started to go into more detail. As you might expect, Star Wars is the top of the most owned list:

Then, you can see the most lucrative Star Wars investment :

And this graph has the LEGO ROI summary and comparison: 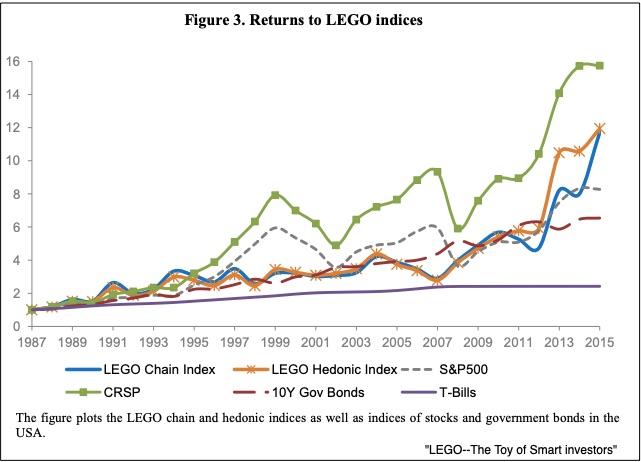 The people who publicize resold LEGOs influence their price. At an auction house, we have a mandated minimum that lets people know where the bidding will begin. At the websites that aggregate LEGO resales, they not only reflect previous transactions but also shape future sales.

A behavioral economist might call their numbers reference points. A reference point influences our opinion of a price. With gasoline, for example, a previous week’s price of $4.00 a gallon makes us feel that $3.50 is a bargain. But if the price beforehand had been $$3.00, then $3.50 looks astronomical. Similarly, the prices quoted for LEGO sets before their sale can provide a reference point for the bidding.

But not necessarily $15,000 for a sealed Millennium Falcon.

My sources and more: Thanks to the Planet Money Indicator podcast and this NPR report for alerting me to LEGO secondary markets. For the primary source information, Brick Economy and Brickpicker have the prices for the sets and the analysis. But if you want the academic perspective, this paper has it.

Please note that our section on reference points was in a previously published econlife.

How to Judge the Pandemic's Economic Outlook