The Mystery of the Artless Heist

Our story starts in the Netherlands with a museum director who wanted a painting by John Constable. In London, an art dealer had precisely what he was looking for. The two got together and agreed that the painting would be sent to the museum.

There was one glitch.

Paying For the Painting

The museum could not pay for the painting. However, by showing the painting to several donors, the director secured the purchase price. He just had to wire the money to the seller.

But then the unexpected happened.

The museum received an email that changed where the money was to be sent. Instead of its original destination, the $3.1 million was wired to Hong Kong. And then it disappeared.

The museum says the Constable painting belongs to it because they sent the money. The seller says it is the legal owner of the Constable since it never got paid. Each side says the other was hacked.

A court recently declared the museum could not sue the art gallery for negligence. But they need to decide much more. Someone has to own the Constable painting.

The court will decide.

In a market economy, clearly articulated private property rights are crucial. Only then can goods and services be bought and sold with minimal transactions costs. Only then will owners be willing and able to improve and innovate. And, only then, would a buyer be willing to transfer the purchase price.

At first, the art gallery and the Dutch museum could negotiate the sale of the Constable because everyone knew who owned it. Now, until the courts clarify ownership, that painting is going nowhere.

It will remain at the Rijksmuseum Twenthe in Enschede, Netherlands: 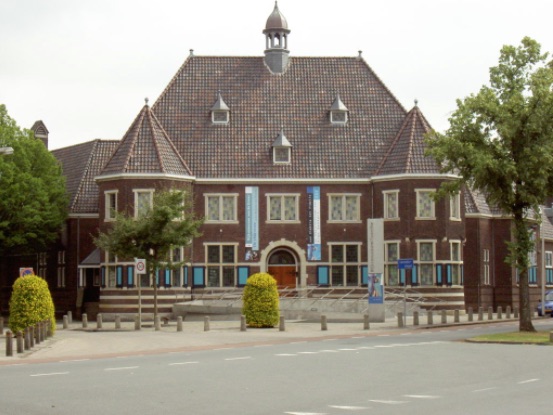 My sources and more: Thanks to Bloomberg Radio for alerting me to the Bloomberg Businessweek “Heist” Issue. From there, artnet came in handy. (The Constable painting is today’s featured image. Called “A View of Hampstead Heath,” it dated back to 1824.)

Diversity in the Recording Studio